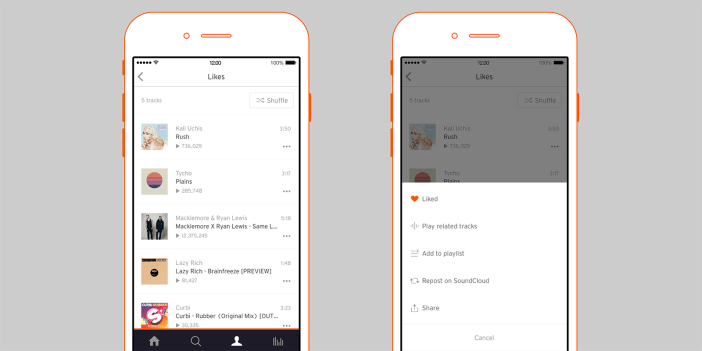 Popular music sharing app SoundCloud is getting an update on iOS that brings a number of new features to make for a better overall listening experience.

Among the new features, users can now select to ‘play related tracks’ from anywhere in the app: “let our improved algorithm create an endless stream of similar content from the 100 million tracks on SoundCloud. As easy as tapping Play Related Tracks.”

Another new feature that offers an improved listening experience is a Shuffle button for both your created playlists and songs you’ve liked. Here’s how you can shuffle tracks from within a playlist:

The updated app also gets a few other welcomed tweaks including the ability to add or remove tracks from playlists from within the app, and a new option to repost and share tracks from your liked tracks or from within search.