iOS 8.4 reportedly accounts for 40% of all iOS usage just one week after release 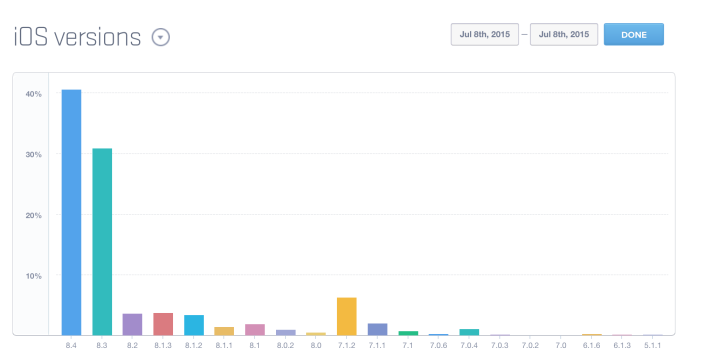 Using data by Mixpanel, Apple Music seems to be quickly driving adoption of Apple’s latest iteration of its operating system, iOS 8.4. The chart shows that, in just one week, iOS 8.4 usage now makes up more than 40% of all iOS device usage. This is a rather staggering rate of uptake for a point-release. Clearly, the interest and advertisement around Apple Music is having an effect on update rates. Obviously, this only tracks OS adoption and says nothing about how well Apple Music itself is being received.

The 40% mark for iOS 8.4 is an impressive achievement but it would likely be even higher if it wasn’t for the iOS 9 betas stealing some few million users away from the public release cycle. In terms of 9to5Mac’s traffic, iOS 9 is currently the third most popular version of iOS used by readers.

Apple Music is clearly the top driver for iOS 8.4 adoption however it is worth noting that Apple has dedicated significant engineering work to reducing the necessary available space requirements for iOS updates. This enables users to more quickly get on the latest version as they are less likely to need to reorganize apps and media on their devices to make room for the update.

Unfortunately, the data for iOS 8.4 is only available through third-party services like Mixpanel. Apple’s official statistics only report usage of major versions … currently pitting iOS 8 usage at 84%. 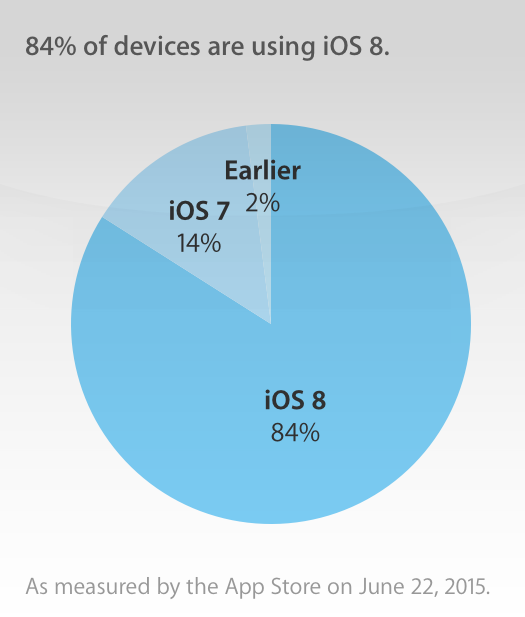