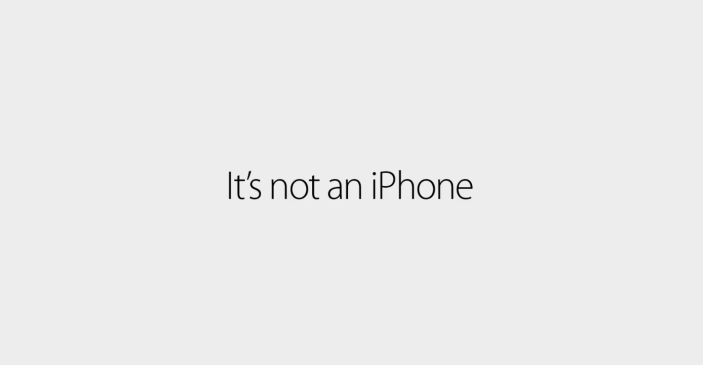 Apple today uploaded a pair of new ads to YouTube. The first ad, entitled “Hardware & Software,” showcases the fact that Apple is responsible for both major aspects of the iPhone, making for a more seamless and stable experience. The obvious goal here is to advertise the fact that with an Android device, you get hardware made by a manufacturer and software made by Google.

The second ad is entitled “Loved” and seemingly showcases how happy iPhone users are. Apple touts in the video that 99 percent of people who own an iPhone love it.

Both of today’s new advertisements end with the slogan, “If it’s not an iPhone, it’s not an iPhone.” The videos can be seen below. Apple’s other recent major iPhone ad campaign, Shot on iPhone 6, heavily showcased the camera found on the device and didn’t show the actual phone in the advertisements, but rather only footage shot with the phone. Apple also recently aired iPhone ads with Jimmy Fallon and Justin Timberlake.