Opinion: iTunes needs to be rebuilt from scratch, but not split into separate apps 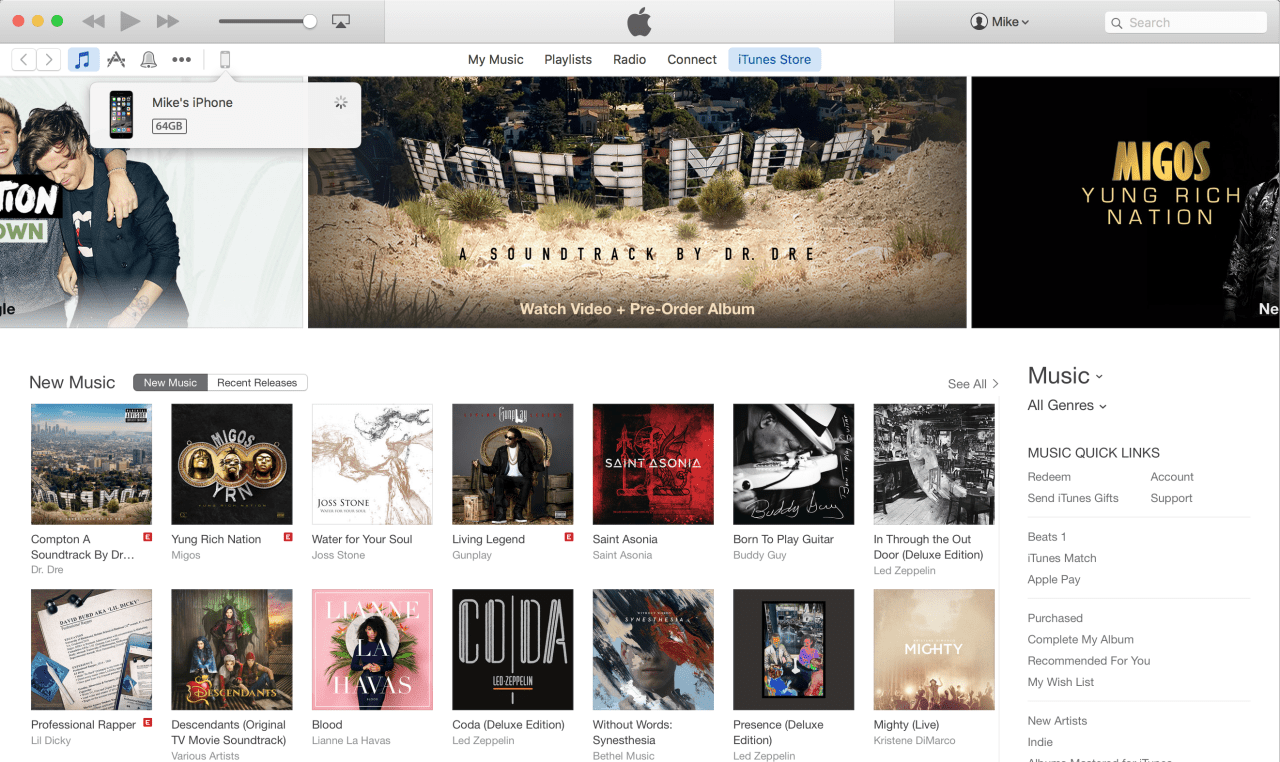 For some reason, a popular opinion floating around the web these days is that splitting iTunes up into a bunch of separate apps that all do one individual task each would be a vast improvement on the current one-app-for-everything design. “They did it on iOS,” the logic goes, “so why not do it on the Mac as well?”

After pondering this suggestion for a while, I’m fully convinced that doing so would that be an unnecessary over-complication of the entire ecosystem.

Let’s consider exactly what functions in iTunes could be broken out into separate applications. At the moment iTunes is used for listening to music and podcasts, watching music videos and movies, playing streaming radio, managing audiobooks, syncing iOS devices, making purchases from Apple’s various digital stores (with the exception of iBooks), and downloading iTunes U content.

So in order to break up iTunes based on the iOS model (and assuming audiobooks get moved into the existing iBooks app), we’d need to have several different apps:

This model works on iOS because mobile applications have limited screen real estate, meaning each app needs to be focused on a single function. You can’t cram an infinite number of icons in the tab bar at the bottom of the screen, so instead, you break out features and hide them behind different home screen icons.

On the Mac, this problem doesn’t exist. We have much more screen space to work with, and the Mac’s entire interface is designed for apps that are able to do many related tasks.

Another problem arises with some of apps dedicated to specific types of content. On iOS, music videos can now appear in the Music app as part of the Apple Music service, even though there’s a separate Videos app where your purchased videos go. Do we break out music videos and movies into two separate apps? Do we put music videos entirely in the music app, and let Videos hold only movies and TV shows? Do we just call that the Movies app? Could a Movies app also store home videos exported from iMovie?

Both of these points lead to a similar conclusion: we should combine apps that serve related purposes. Music, videos, and movies could all be combined into one media manager. iTunes U and podcasts could be added there as well.

So now we’ve reduced the above list to the following:

The App Store can be combined into the iOS manager since that’s the only app that can sync those apps to mobile products. This puts us at three apps:

Like it or not, iTunes is one app because the all-in-one approach works. Right now you might think that you want three or four or seven separate apps for micromanaging every little aspect of your media collection. You might think you want your dock filled with half a dozen different icons for tasks that could easily be accomplished in one bundle.

But trust me: you don’t want that. It’s a bad idea. Soon you’d be complaining that seven apps crash too often or take too long to do something instead of just one. You’d wish you could get to your podcasts and music all at once. You’d get annoyed at having to deal with it all.

I’m not saying iTunes is a great app. Like most of the software Apple has released in recent years, they’ve dumbed down things that don’t need to be dumbed down and made other things more complicated than they need to be. They’ve released yet another buggy piece of software that gets harder and harder to deal with on a daily basis. This isn’t new.

Apple is still building on a fifteen-year-old foundation that, quite frankly, needs to be completely obliterated and rebuilt. I’m not denying that. I’m just saying that when they rebuild, it would be advisable to keep everything in one package.

iTunes isn’t a slow, buggy, pain to use because it does too much stuff. It’s like that because it’s built on old code that should have been put out to pasture five years ago. Taking the current functionality and breaking it into separate apps is just going to spread that pain around a little bit more.

The idea is just as ridiculous as Facebook forcing everyone to download a separate app simply to send messages while blocking access to the inbox from the main client—a move that may have put Messenger at the #1 spot on the free app listings, but also earned it an average review of one star at the time.

So yes, nuke iTunes from orbit and start from scratch. Please, Apple, for the love of all that is good, build us a new, less-bloated, less-buggy, version of this app. While you’re at it, perhaps reconsider basically everything about the interface and bring back the simplicity of older versions.

Just don’t overcomplicate everything by needlessly dragging OS X into the iOS world with separate apps for every single function.