Telstra, the largest carrier in Australia, has today launched a new webpage on which it reveals an exclusive offering related to Apple Music. The carrier is offering new iPhone 6 and iPhone 6 Plus customers, across both 12 month and 24 month contracts, a free year of Apple Music on its Go Mobile plans. This offering is the first of its kind for Apple Music, and also hints at a another first: carrier billing.

AT&T and Beats partnered up early on to offer carrier billing, as well as exclusive family plan pricing, but shortly following Apple’s acquisition of Beats, the partnership with AT&T disintegrated. With carrier billing, Telstra will be able to bill customers directly for Apple Music following the 12 months of free service. This also means that the charge would appear on the user’s Telstra bill, not on any iTunes receipts.

While Telstra has yet to fully confirm that it will offer carrier billing with Apple Music, a note from the terms and conditions of its 12 month free offer implies such:

If you sign up and agree to T&Cs to put Apple Music on your Telstra account this will roll on to a paying subscription at the end of the trial / free period unless you cancel it. You will receive an SMS 3 days prior to rolling over to a paid subscription.

Another piece of evidence supporting Telstra’s plans to fully integrate Apple Music into its repertoire comes in a new login prompt Appel Music presents when you redeem the 12 months of free service. “Your Apple Music membership with Telstra will be linked to your Apple ID, allowing you to listen on your other devices,” the prompt reads. 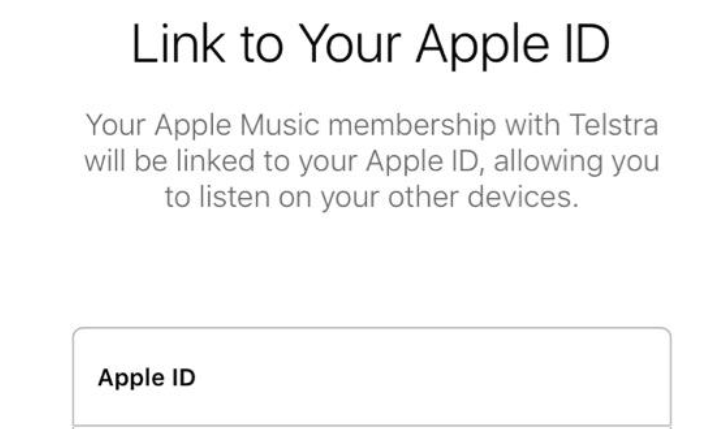 Carrier billing would open an even larger market for Apple’s new music streaming service, especially if it expands outside of Australia. It seems likely that Apple is at least making efforts behind the scenes to do so, but nothing is yet confirmed.