When I wrote a series of How-To guides showing how easy it was to swap old Mac hard disks for new solid state drives (SSDs), I focused on raw upgrades — slow mechanical drives for fast chip-based ones. The reason was simple: put an SSD in your Mac instead of the old hard disk, and you’ll be blown away by the speed increases. But as several readers have noted, there is another way to add an SSD to your Mac: you can keep your old hard drive, and instead replace the Mac’s CD/DVD optical drive, also known as a SuperDrive.

Swapping a SuperDrive for an SSD has a mix of pros and cons. It’s typically a little easier and less expensive to replace the SuperDrive than a stock hard drive, and you’ll always wind up with more internal storage than you started with. But you also lose CD/DVD reading and writing abilities — things fewer people care about these days — and you’ll need to set up your Mac to properly take advantage of the SSD. Read on for the details…

Which Macs Have Swappable Optical Drives?

(Techies will note that the most significant speed improvements will be seen on late 2008 or newer machines, as those Macs support faster SATA II or SATA III storage devices, including most SSDs. The SATA III standard Apple began to support in 2011 is backward-compatible, so an SSD with SATA III support will work in SATA II Macs, just at slower (but still noticeably better than typical hard drive) speeds.) 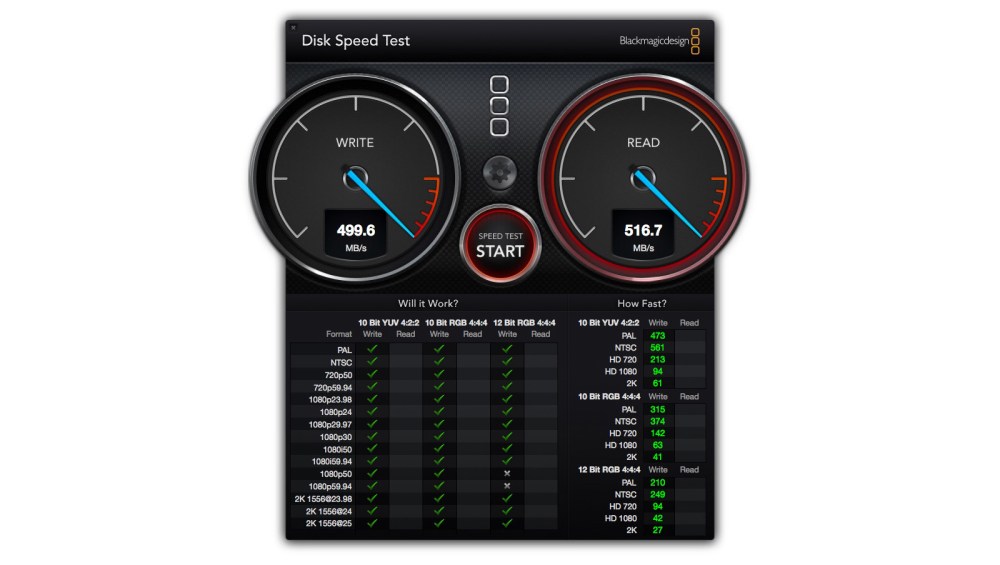 What Does Swapping The Optical Drive For An SSD Get Me?

Short answer: much faster speeds. Every Mac’s overall performance is weighed down by the computer’s slowest parts. Even if your CPU, graphics card, and other components are on par with current-generation Macs, your apps and files could be stored on a slow hard drive that takes a long time to load and save things you’re using. Putting an SSD inside your Mac, then moving OS X and your apps over to the SSD, can radically improve the Mac’s speed: it’s possible to get 4X to 5X improvements in OS X and app loading times, a difference you’ll notice every time you wake your Mac from sleep or switch apps.

One extra benefit of choosing the optical drive for an SSD swap: unlike a hard drive to SSD swap, there’s no need to buy a special cable with a thermal sensor to install the SSD, since the Mac’s existing optical drive cable already has a thermal sensor attached. Unless you want to add a mounting kit, a sub-$20 part, all you need is the drive itself.

What you’ll lose is the ability to read and write optical discs, which at one point was a big selling point of computers but has become less important over time. Some people buy Apple’s external $75 USB SuperDrive to keep around “just in case.” I personally haven’t used my optical drive in around two years, and consider any optical drive purely optional at this point.

Which SSD Should I Buy?

For most Macs, I’ve recommended Samsung’s 850 EVO drive (rated 4.7 out of 5 stars with nearly 4,000 reviews), the SSD I use and love, and readers have told me they love theirs, too. Samsung just introduced a 2TB version of the 850 EVO, which offers incredible storage capacity for an SSD with the same outstanding warranty and performance found in the 120GB, 250GB, 500GB, and 1TB versions.

Personally, I opted for a 1TB 850 EVO before the 2TB version was released, and I’d recommend going for as much capacity as you feel comfortable buying. I feel a lot safer with my important photos and files on an SSD versus an aging mechanical drive. But if you’re going to have both the SSD and original hard drive in your Mac, you could pick a smaller SSD for OS X and your apps, keeping your music, photos, and videos on the old hard drive. Samsung also makes the 850 PRO, which has an even longer warranty and faster performance than the 850 EVO, if you’re willing to pay a premium for them. 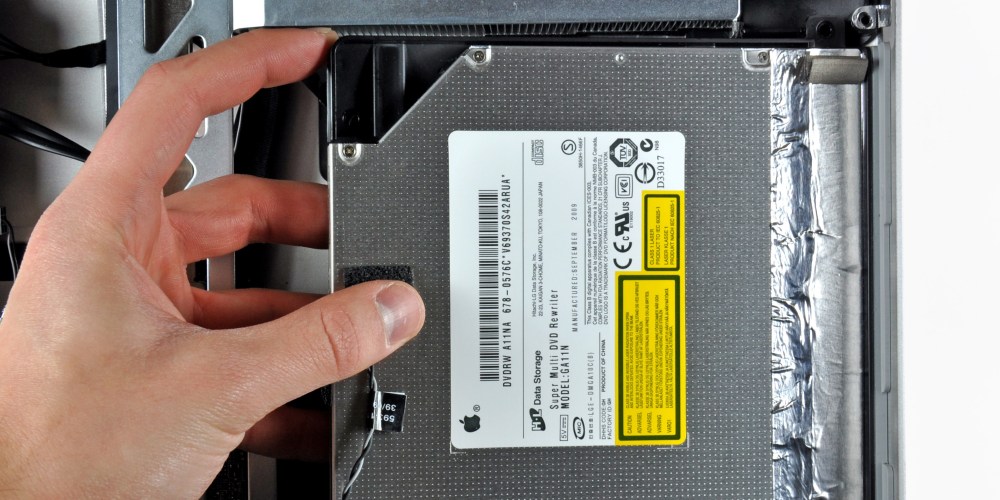 As each guide notes, the process of replacing an iMac’s SuperDrive with an SSD should take a confident and reasonably computer-savvy person less than an hour; if you don’t feel comfortable opening your own Mac, ask a friend. You’ll need two large suction cups to remove the iMac’s glass front, a T10 Torx screwdriver, and a spudger. If you’re opening a 27″ iMac, you’ll also need a thin and small but solid piece of metal to lift up the screen — iFixit recommends a common paperclip. I’ve gone through the iMac upgrading process before, and while there are a bunch of steps to follow, none is particularly difficult.

iFixit’s guides walk you through all of the steps except one: placing the tiny SSD you buy within an adapter/caddy as large as the optical drive you’re replacing. Since the SSD is so small and light, some people skip the adapter and just uses pieces of double-sized tape to hold their SSDs in place. But if you’d like to use a mount to keep your SSD firmly within the old optical drive bay, you have a couple of options. This $9 Micro SATA Cables-branded adapter is inexpensive and praised for its fit in 27″ iMacs. Alternately, this $19 Nimitz hard drive caddy is designed to fit a variety of 2009-2011 iMacs. Pick the one you prefer. 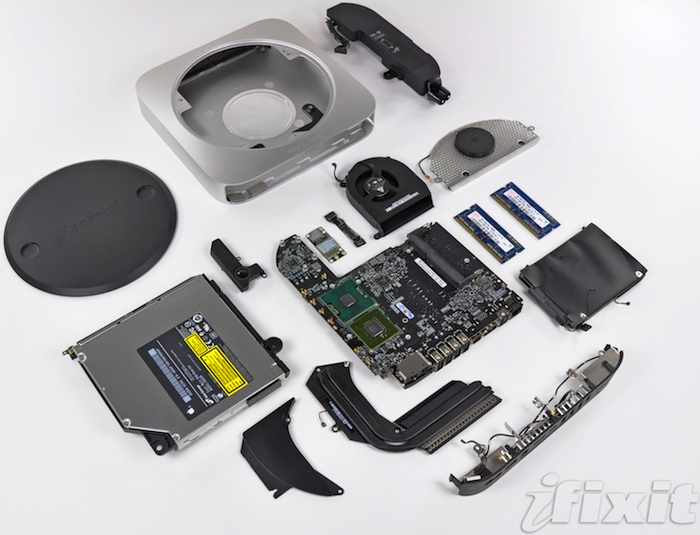 Swapping parts inside recent Mac minis is, in a word, daunting. Although they’re super-simple from the outside, they’re the opposite of user-friendly when it comes to DIY repairs; iFixit’s guides correctly describe many upgrades to unibody (metal-topped) Mac minis as being “difficult.” This is the mid-2010 Mac mini guide, for which you’ll need a 2mm hex screwdriver, T6 and T8 Torx screwdrivers, a spudger, and a Mac mini Logic Board Removal Tool, plus hours of disassembly and reassembly time.

Earlier Mac minis are easier to open, requiring a putty knife, Phillips #00 Screwdriver, and spudger. Later mid-2011 and 2012 unibody Mac minis lack optical drives, but can instead get upgraded with a $30 dual-hard drive kit that includes all the tools and parts you’ll need.

If you’d like to use a mount to keep your SSD in place within the optical drive bay, this $19 Nimitz hard drive caddy is designed to fit 2009-2010 Mac minis. Alternately, this less expensive $9 Micro SATA Cables-branded adapter can be made to fit inside Mac minis, though you’ll only be able to use two screws to hold the drive — not a problem if your Mac’s going to stay in one place. 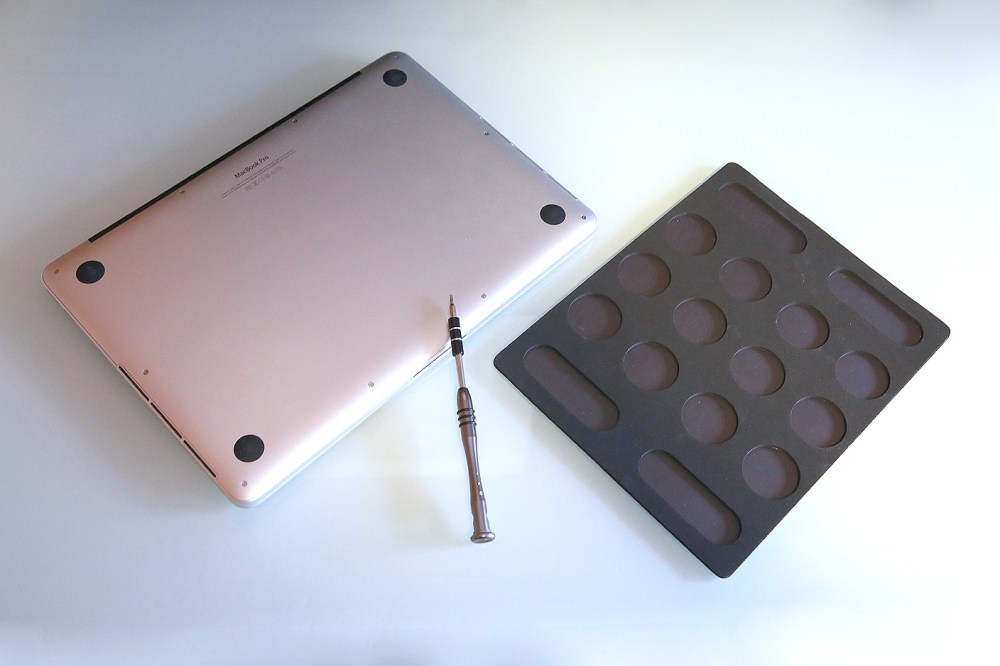 MacBooks are probably the easiest Macs for optical drive to SSD swaps for a variety of reasons: they require the fewest tools (a Phillips #00 Screwdriver and a spudger) and the fewest steps, as well as fairly simple parts. You don’t have to remove major components such as a logic board or screen to access the optical drive.

iFixit publishes separate guides for the 13″ unibody metal MacBook, non-Retina MacBook Pro 13″ (mid-2010, early 2011, late 2011, and mid-2012 to present day), the non-Retina MacBook Pro 15″, and MacBook Pro 17″, all of which involve little more than using one screwdriver, opening the bottom compartment, and disconnecting some connectors before reassembling the machine. To hold the new SSD in place within the former optical drive bay, this $9 BrainyTrade drive caddy works with the metal 13″ MacBook and pre-Retina, pre-2012 13″/15″/17″ MacBook Pros. 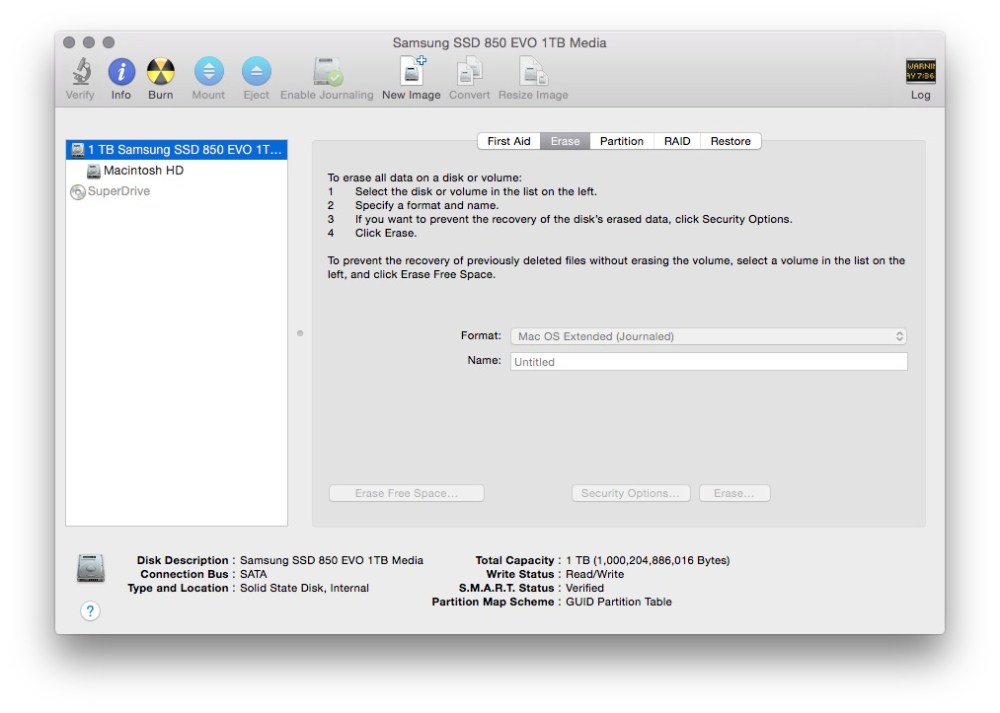 What Do I Do Once The SSD Is Installed?

If you’ve installed the SSD as a replacement for your optical drive, using the SSD is easy. Open OS X’s Disk Utility app (found in the Applications > Utilities folder or by typing Disk Utility under Spotlight search), and select the new drive. Erase the drive using Mac OS Extended (Journaled) formatting. Then, you can choose to either use the drive as a spare (assisting your prior hard drive with extra files), or turn it into your primary boot disk. 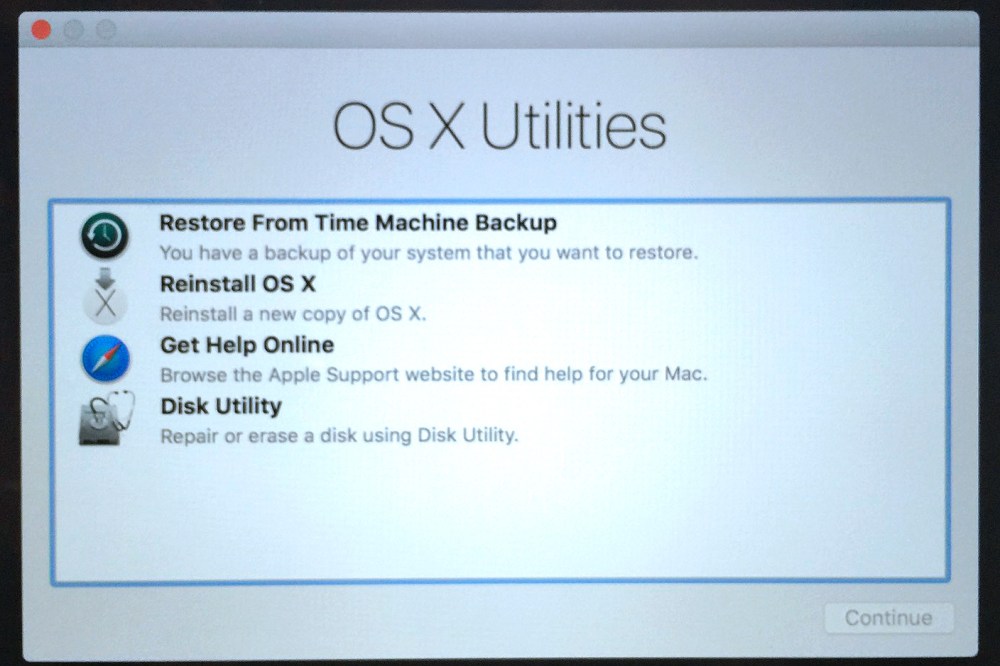 There are two easy ways to turn your new SSD into a boot disk. One is to install a new copy of OS X on the drive, then install only the apps and files you want. You can do this by holding down Command (⌘) and R after restarting your Mac, choosing Reinstall OS X from the OS X Utilities list, and selecting the new SSD as the destination for OS X. This will give you a completely fresh start, though your emails, app settings, and other files will need to be separately hunted down and brought over from your other hard drive. 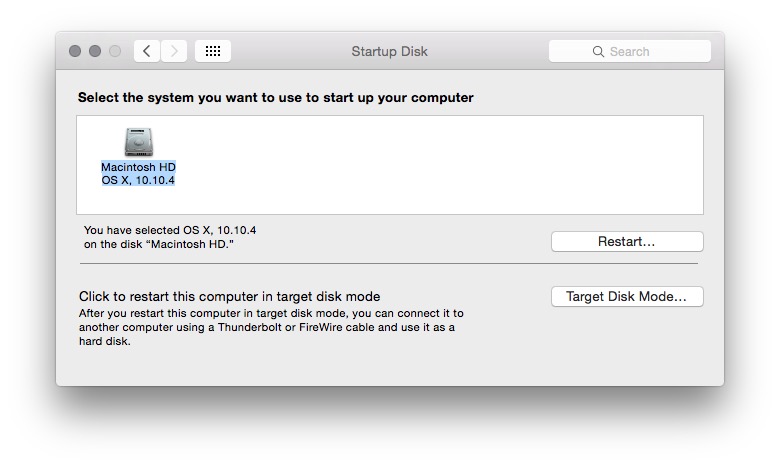 The simpler option is to back up your Mac’s old hard drive to an external drive using Time Machine, then restore the backup to the new SSD. Follow the directions here. You may need to go to System Preferences > Startup Disk and select your new drive, or OS X may give you the choice to boot from it after the restoration is done. You should find that your emails, files, and apps have all been brought over intact. Just confirm that the SSD backup is working by using it for a day or three to make sure everything is where it should be. At that point, you can erase your old hard drive and use it for spare storage.