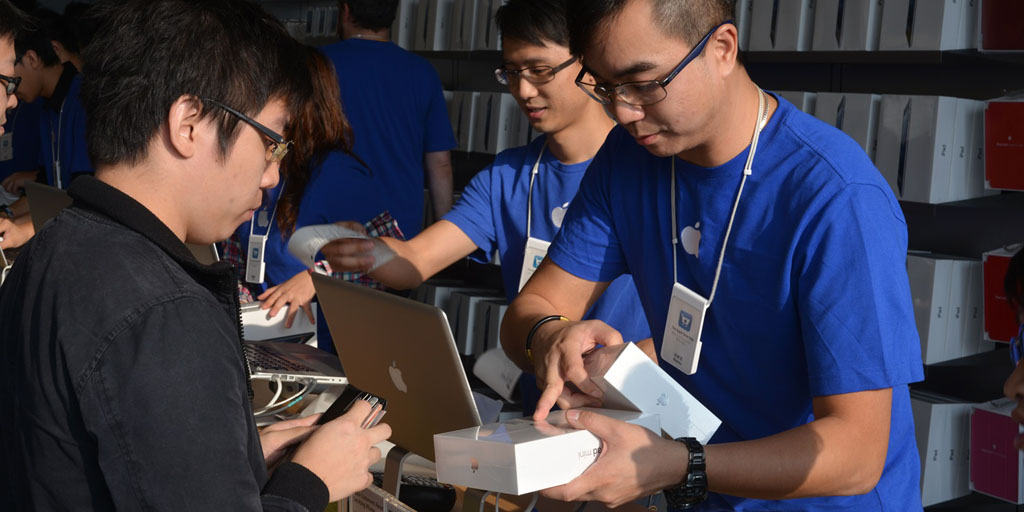 China’s decision to devalue its currency – leading to its biggest one-day loss in 20 years – could add to the effect of a strong dollar to hit Apple’s earnings from the country, warn analysts. The value of the yuan dropped 1.9% against the dollar, and a change in the way its value is determined by the Chinese central bank means that further decreases in value are more likely.

Analysts warn that Apple either needs to absorb the difference – reducing its margins on Chinese sales – or increase prices in the country, weakening demand, reports the WSJ …

Although you might expect Apple to benefit from reduced manufacturing costs in China, the majority of its contracts with Chinese suppliers are agreed in U.S. dollars rather than yuan.

Greater China (which includes Hong Kong and Taiwan) overtook Europe to become Apple’s second biggest market after the Americas, the company more than doubling its revenues there – and CEO Tim Cook has predicted that it will overtake the Americas before long.

The currency devaluation will add to pressure from cheaper local competitors Xiaomi and Huawei, which recently pushed Apple back into third place in smartphone shipments in the country.