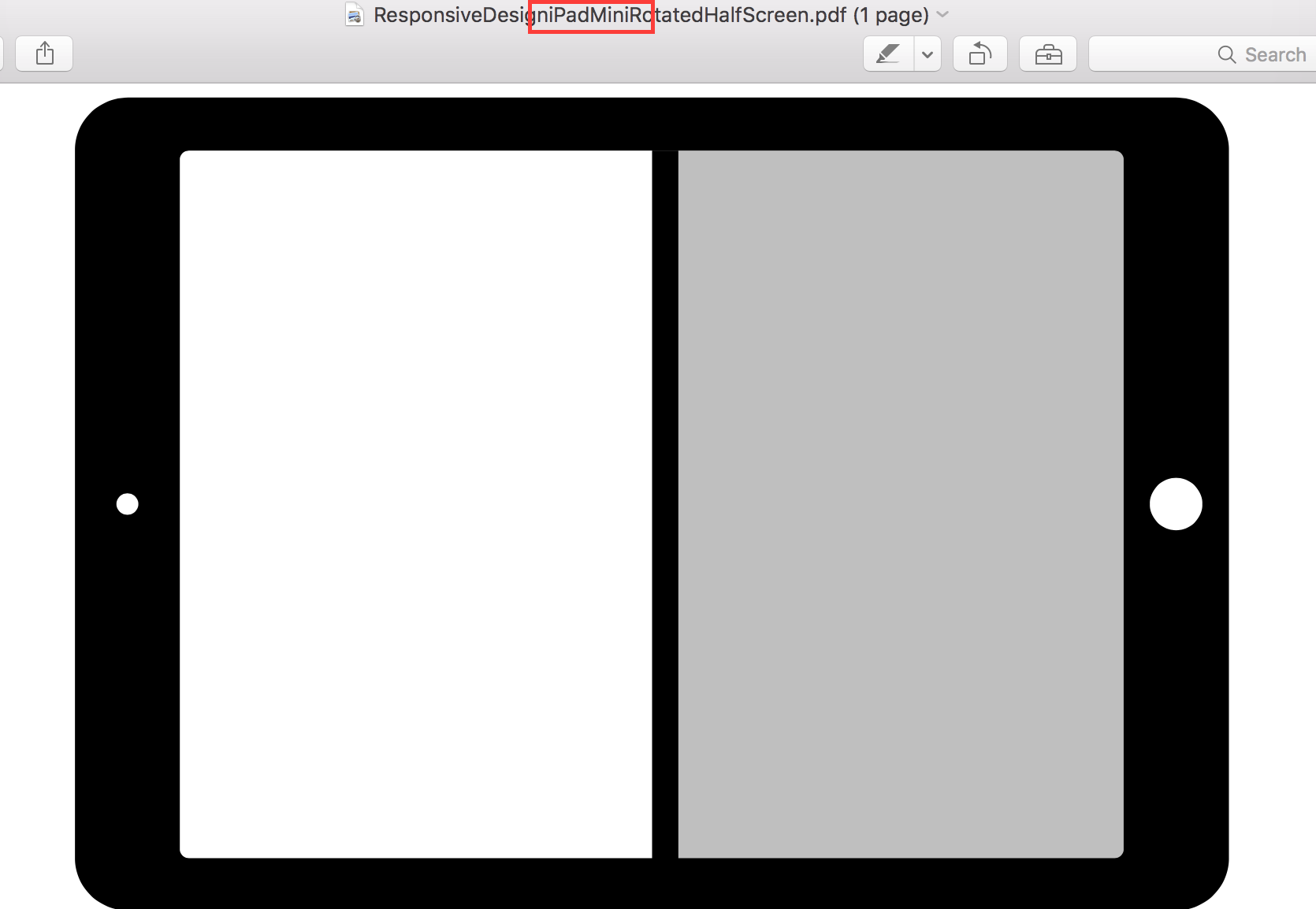 One of iOS 9’s marquee additions is support for split-screen applications on the iPad. This allows users to operate two iPad applications simultaneously, side-by-side. However, due to processor limitations of older iPad models, the full 50/50 split-view functionality is currently only present on the iPad Air 2 thanks to the device’s A8X processor. However, with the help of developer Hamza Sood, we have discovered that the feature may soon be expanding to the iPad mini…

The resource file shown above from the upcoming OS X El Capitan’s Safari 9 browser shows support for a split-screen view of Safari on the iPad mini. Additionally, a developer tool in El Capitan for testing the responsiveness of website designs allows developers to simulate an iPad mini 3 (which does not support split-view) running Safari in a split-view mode. With both the testing capabilities and settings image present in the upcoming version of Safari, we believe that the functionality is coming in a future iPad mini update. 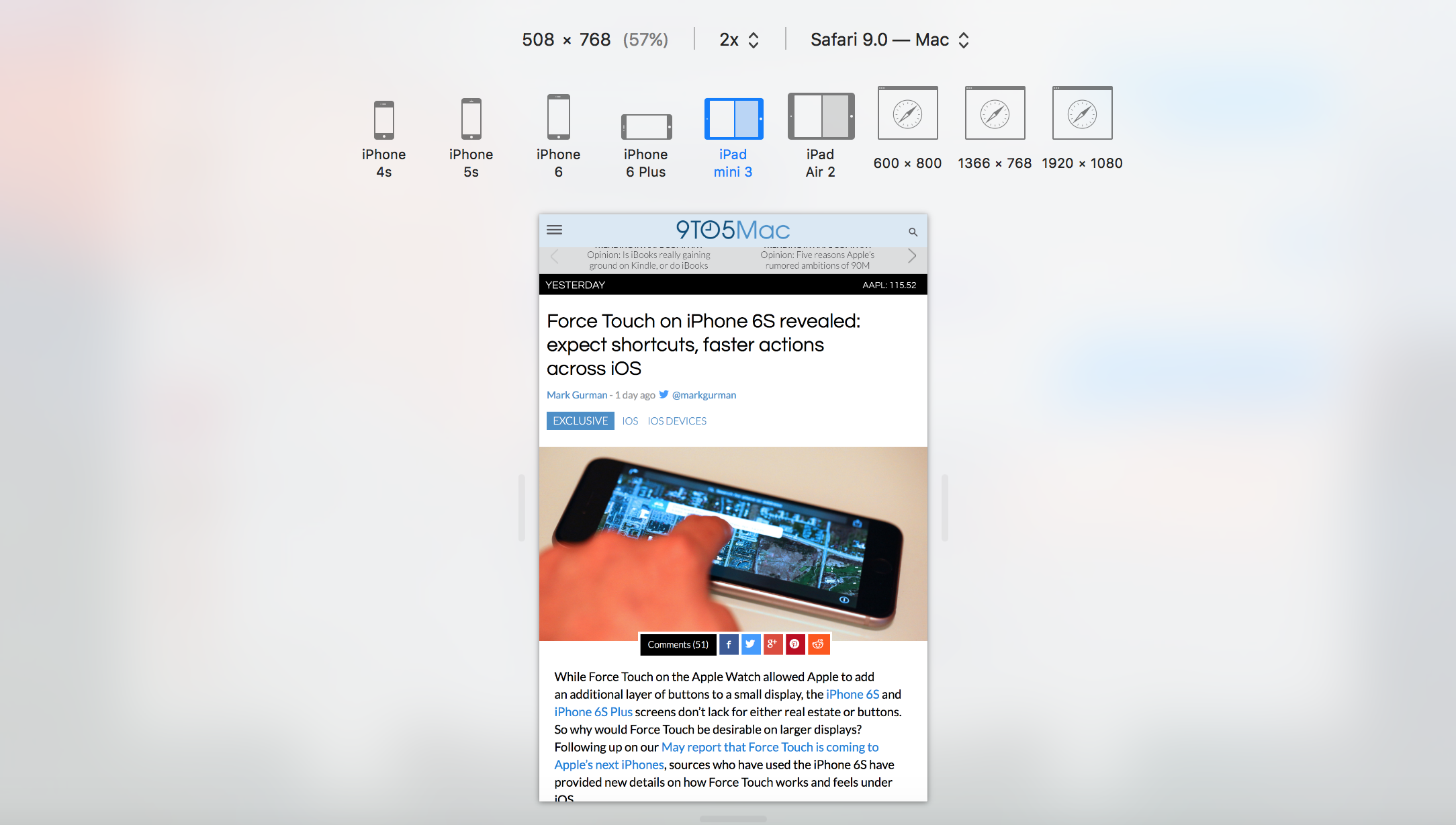 While last year’s iPad mini upgrade was minimal, solely bringing over the gold color option, Touch ID sensor, and in-app Apple Pay from the larger iPad Air 2, we believe that this fall’s tablet refresh will be more substantial. The latest rumors and claims from sources indicate that the new iPad mini will slim down to the thinner frame of the iPad Air 2, while also adding in improved camera sensors. In order to support the split-screen apps feature hinted at by Safari 9, a faster processor (at least a version of the iPad Air 2’s A8 chip) is another likely addition.

Apple is holding its next media event on Wednesday, September 9th, and it possible that it could debut the new iPad mini alongside the new iPhones. Also taking advantage of full-screen apps, a larger 12.9-inch “iPad Pro” with Force Touch and a stylus is likely in the cards for the fall.