But while today’s iPhone screens may be larger than they used to be, they are still pretty small in the scheme of things. Scrolling with a thumb still covers up a chunk of the content. Worse, it’s easy to accidentally tap on targets accidentally including ads. There have been numerous occasions since using Apple Watch when my thumb started absent-mindedly reaching for the non-existent Digital Crown on my iPhone …

A thumbwheel to scroll content isn’t a new idea, of course. I had one on my very first smartphone, the Handspring Treo 180 back in 2002. 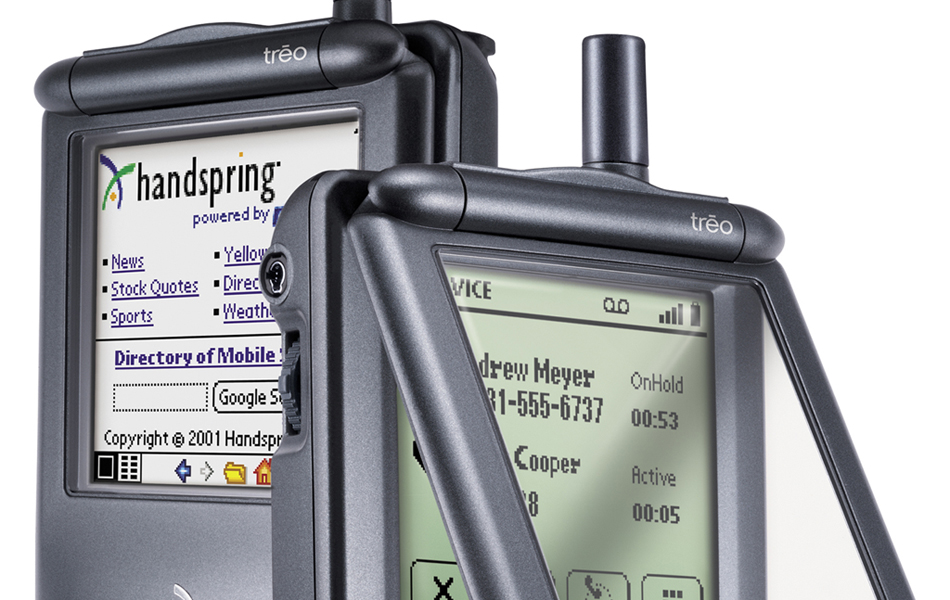 Blackberries had them, as did some early Sony devices.

But using the Apple Watch reminded me that for certain tasks – like scrolling content just to read it, not to interact with it – a hardware thumbwheel is still a very effective solution. The more I use my Watch, the more I find myself missing it on my iPhone.

For a while, I thought I was alone in this crazy thought, but some of you guys have expressed the same wish in comments on various pieces here. There are even concept images for it out there (albeit with the wheel too high up for comfortable operation, I think).

There is, of course, no chance of it happening in the short term. Apple is all about sleek, minimalist design. It has aimed to remove hardware wherever possible (like the mute switch on the iPad Air 2), a principle it adopted long before Jony Ive appeared on the scene. Even on the original Macintosh, way back in 1984 (yes, I’m old, I owned one), Apple decided the floppy drive didn’t need a hardware eject button, that could be done by software – with just a pinhole eject mechanism hidden inside in case the software failed.

The idea of bolting on a physical control mechanism to the side of an iPhone would fill Apple’s design team with horror, I’m sure.

Another possibility would be trackpad-style functionality in the home button. Apple has even patented a pop-up home button that acts as a tiny joystick.

But as I mentioned then, I think Apple is headed in the opposite direction: seeking to lose the hardware home button and find a way to embed one in the display. Mark Gurman even suggested losing the physical home button back in 2011.

However … if Apple does succeed in replacing the physical home button with a virtual one, might losing one piece of hardware then make it acceptable to introduce another? Could that be the time when some very old technology, dating back to 2002, might make a fresh appearance?

After all, by that time, the Apple Watch is likely to be a more mainstream device. A far larger number of Apple owners would be used to the Digital Crown as a control mechanism, and perhaps they too will find themselves starting to wish they had it on the iPhone.

Take our poll, and please let us know your thoughts in the comments.