Update: Public beta testers may not see the update currently as it appears to have been pulled for now.

Apple has pushed out the fifth public beta version of OS X 10.11 “El Capitan.” The update brings bug fixes and tweaks the pre-release operating system in preparation for its launch later this year.

The new beta comes with a build number of 15A262c, putting it ahead of the current developer build 15A244d. The previous public beta was build number 15A243d.

Users running the current preview build should be able to download the new version now from the Updates tab on the Mac App Store.

So far the only noticeable change in this new beta is the addition of some color to logo on the About This Mac screen: 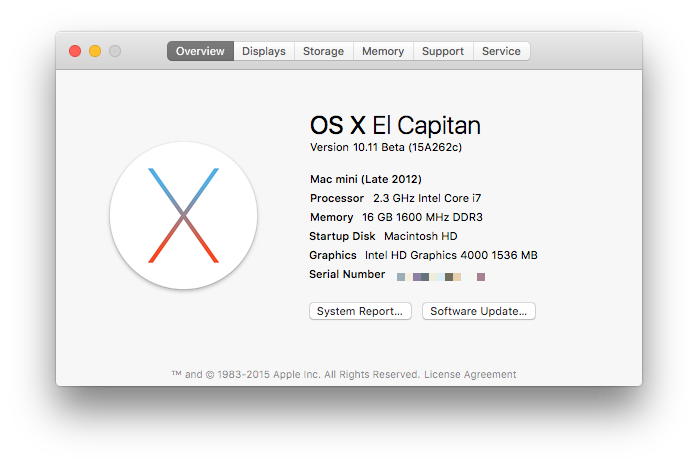