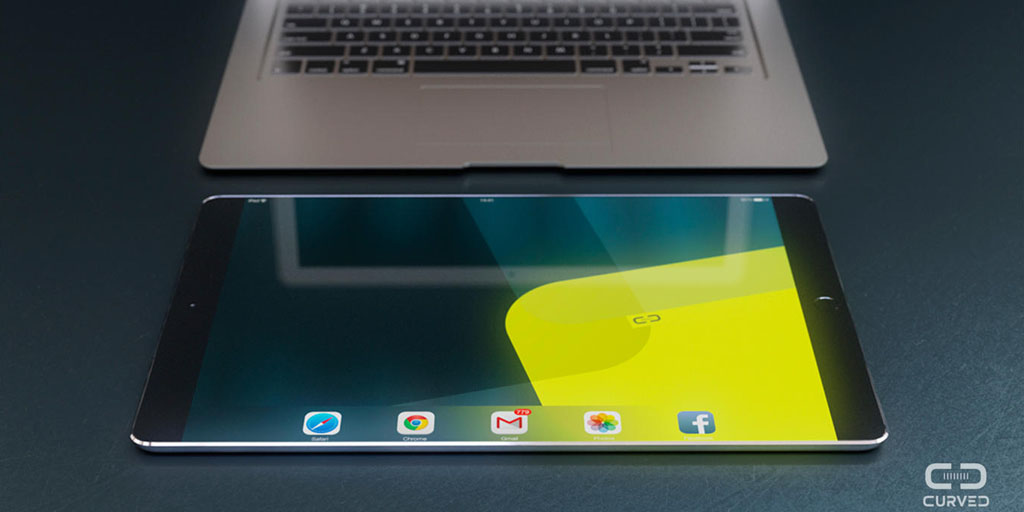 Supply chain sources cited by Digitimes back a KGI report that the iPad Pro is expected to begin production in September, ramping up into mass production from October. While Digitimes has a spotty track record, this report is more specific than many, providing details of display suppliers for the new device.

The device will enter production by the end of the third quarter and go into mass production in the fourth. Sharp will provide Open Cell LCD displays while [Foxconn subsidiary] GIS will provide GF touch panels.

Samsung Display and TPK will be secondary suppliers, with TPK responsible for touch modules and Samsung for displays as well as LCD assembly …

The display is expected to feature a resolution of 2732×2048, the first indication of this found in iOS 9 code and seemingly confirmed by analytics data.

It’s still unclear whether Apple will announce the device at its annual iPhone event on or around September 9th, or at a separate iPad-focused event in October.