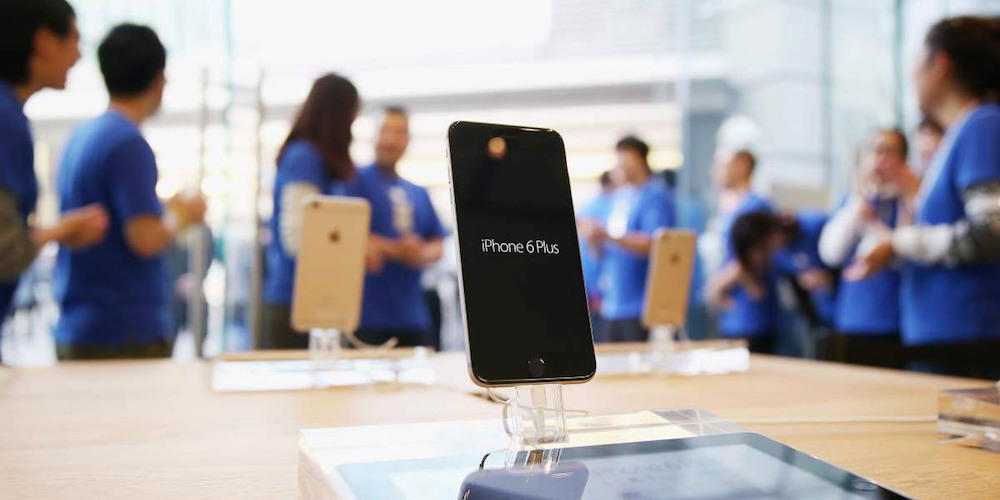 IDC released an updated forecast today lowering its expectations for worldwide smartphone shipments this year with a continuing slowdown in growth in China cited as the biggest contributor to the lower than expected shipments. It also shared some insight into expected growth for Apple in the years to come, predicting Android’s current 81% share of the market by operating system will likely hold strong through 2019 and that a cheaper iPhone 6C model wouldn’t do much to help.

When it comes to Apple, IDC notes that it expects Android to maintain its approximately 80% share of the market by operating system through 2019. It also argues that a lower cost iPhone “6C”, something that has been rumored to possibly arrive alongside next generation iPhone 6S and 6S Plus models, would do little to help Apple take on Android’s lead that will mostly experience growth from the sub $200 category. With that in mind, IDC predicts Apple will grow from 192.7 million units in 2014 to 223.7 million units this year and 269.6 million units by 2019. Compare that to Android up from 1.06 billion in 2014 to an expected 1.16 billion this year and 1.54 billion in 2019.

As for China, IDC notes that the smartphone market grew 1.2% year over year in 2015. That’s a major bump down from the 19.7% growth for the country last year when it accounted for around 32.3% of all smartphone shipments. That slowdown in growth accounts for IDC’s updated forecast of 10.4% growth in 2015 with a total 1.44 billion units. While China continues to make up the largest market by volume in its forecast, IDC predicts the country’s share of worldwide shipments will drop from 32.3% last year to 23.1% by 2019.

China clearly remains a very important market. However, the focus will be more on exports than consumption as domestic growth slows significantly,” said Ryan Reith, Program Director with IDC’s Worldwide Quarterly Mobile Phone Tracker. “India has captured a lot of the attention that China previously received and it’s now the market with the most potential upside. The interesting thing to watch will be the possibility of manufacturing moving from China and Vietnam over to India. We’ve begun to see this move as a means to cut costs and capitalize on financial benefits associated with localized India manufacturing. It is the local vendors like Micromax, Lava, and Intex that will feel the most pressure from international competition within its market.”

The insight into smartphone growth in China comes just as Apple CEO Tim Cook issued a rare mid-quarter update in the press yesterday (despite possibly violating SEC rules) reassuring investors that Apple has seen strong growth in China in July and August. Cook noted, “Growth in iPhone activations has actually accelerated over the past few weeks, and we have had the best performance of the year for the App Store in China during the last 2 weeks.”

Cook added, “Obviously I can’t predict the future, but our performance so far this quarter is reassuring… growth of the middle class over the next several years will be huge.”

You can check out IDC’s full report here.