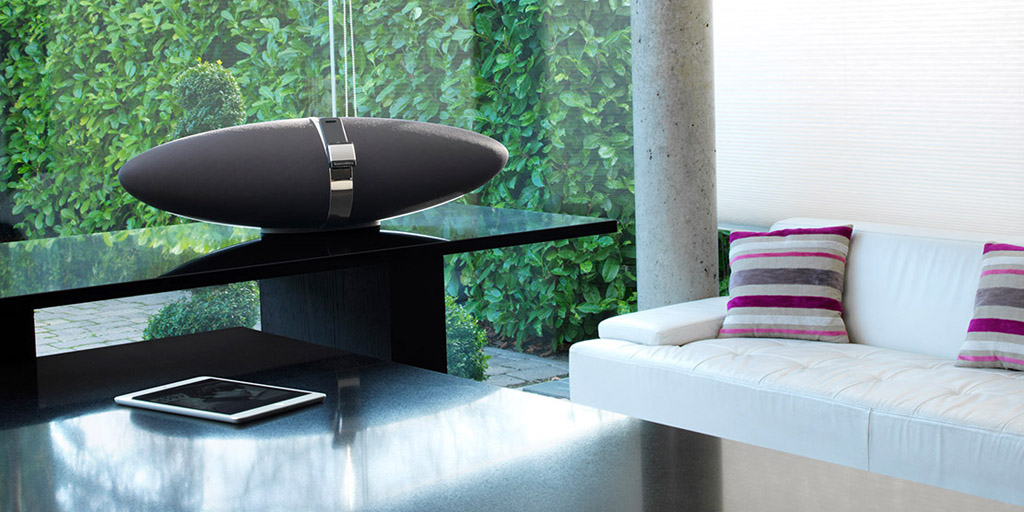 I love AirPlay. It’s simple and elegant. It also means that my elderly but much-loved B&O Ouverture hifi system (with BeoLab 6000 speakers) – which is actually so old that it has a cassette deck – needed only a low-cost WiFi audio receiver to allow it to wirelessly stream music from my MacBook Pro. One $40 add-on and a 20-year-old hifi became bang up to date in its capabilities.

With my particular setup, AirPlay does exactly what we expect of Apple products: It Just Works. I open iTunes, select ‘B&O’ from the speaker output menu, and anything I play in iTunes – whether from my own music library or streamed from Apple Music – plays through the hifi, while system sounds continue to play through the Mac speakers. My partner can stream her own music from her iPad or iPhone just as readily.

I’d previously tried a Bluetooth audio receiver, and the difference between that and AirPlay is night and day. No pairing. No worries about distance. No interference when someone walks between the Mac and hifi. No system sounds emerging at deafening volumes though my hifi speakers.

But despite my own happy experience of it, AirPlay is not without its problems …

First, cost. Go looking on apple.com for speakers (not as easy as it used to be since the online store lost its menu item), filter connections by AirPlay and you’re offered only three speakers, ranging in price from $400 to $2700. (Curiously, the two B&W offerings only show up if you search via iPad accessories.)

Things look superficially better if you search on Amazon – but take a closer look, and almost all the decent-quality AirPlay speakers at affordable prices are discontinued models. There’s an iHome iW1 for $85, for example, but the original price was $300 – a pretty steep price for a mid-range portable unit.

Look at anything current, and most models start at $200 and head upwards pretty rapidly from there. Which is fine if it’s the audio quality you’re paying for, but that often doesn’t appear to be the case. Take Logitech as an example. I bought a couple of the early BoomBoxes for the bedroom and bathroom. These streamed music from iTunes via Logitech’s own protocol. When the company launched the AirPlay equivalent, they were almost twice the price.

Whether that cost premium is due to Apple’s licensing terms, or it was just that not enough people know about AirPlay to get production costs down, I don’t know – but it has certainly created a downward spiral. Few mass-market consumers know that AirPlay exists, and the high cost of AirPlay hardware means that the standard has never really taken off in the way it deserves to.

The price of AirPlay speakers looks particularly steep when compared to the mass of Bluetooth speakers out there.

Second, reliability. While my own experience, and that of many others, has been excellent, you don’t have to look at many AirPlay speaker reviews to see that not everyone has enjoyed the same flawless experience. The most common complaint is intermittent connectivity dropouts.

I connected and paired them easily enough and they sounded ok when they would work. The problem is that the signal would drop out for minutes at a time […]

The speakers simply do not work consistently, from the iMac or any remote device. This is more than an occassional drop out, which I could learn to live with […]

Others report lengthy delays in speakers responding when switching tracks.

These types of complaint can be found against AirPlay speakers at all price levels, and my colleague Jeremy Horwitz – who has reviewed more than his fair share of them – said that some companies even resorted to sending out WiFi routers with their review units simply because they’d found ones that were known to work well with AirPlay. A protocol that requires particular routers to work reliably is more than enough evidence that AirPlay needs more work.

Third, AirPlay gets clunky when it comes to anything but the simplest of multi-room setups. There are a variety of approaches you can take, ranging from attaching an Airport Express or Apple TV to each speaker/set, through a number of third-party apps for both Mac and iOS devices. But the famed ease of use of AirPlay often disappears in this kind of setup.

Most multi-room audio systems – like those offered by Sonos, Yamaha and others – use proprietary systems that lock you into the company’s own hardware and apps. AirPlay, in contrast, is vendor-independent.

There’s a huge opportunity here for Apple to take on these companies by matching the simplicity they offer when it comes to multi-room speaker systems. Using the Apple TV as the hub would seem an obvious move, especially given the newly-expanded role of the device as a HomeKit hub.

You don’t have to take my word for it that AirPlay needs some love: just go searching for newly-launched AirPlay speaker systems. The only company we could find showing one at CES this year was Moshi (watch out for a review by Zac Hall shortly).

Whether it’s manufacturers deciding that AirPlay is too unreliable to invest, or consumers unwilling to pay the price premium for a protocol that doesn’t give them everything they want, clearly there’s an issue. Apple needs to fix the reliability issues that appear to stem from flaws in the protocol itself, license it to manufacturers at a reasonable price and then give it enough PR that mass-market consumers get to know about it.

Apple might object to the idea of reduced license fees, but frankly, AirPlay is dying. Better to get a smaller cut of a growing market than a large slice of a diminishing one. And if Apple wants to make more money from AirPlay, it can do so from its own hardware: along with its purchase of Beats Music, it got a free audio company in Beats Electronics. (Actually, given the relative revenues, it got a free streaming music service with its acquisition of the audio company, but let’s not quibble.)

AirPlay is too good a system to be allowed to wander off quietly into the night. It is infinitely superior to Bluetooth, and doesn’t lock you into a single manufacturer for your audio hardware. With a little love from Apple, it could have a long and profitable future.

As always, take our poll and let us know your own views in the comments.