Opinion: Here’s how both iPhone 6S cameras will likely improve

Apple has called the iPhone “the world’s most popular camera,” a title originally earned by aggregating all iPhones together for counting purposes. But while the exact sales numbers for each iPhone model are difficult to quantify, there’s no question that Apple has already sold over 750 million iPhones, and well over 100 million iPhone 6 devices. Those are huge numbers, and well beyond the typical sales of individual point-and-shoot cameras.

Few people appreciate that growing iPhone demand has created an unusual challenge for Apple: reliably sourcing the tens of millions of parts needed to meet first month demand for tens of millions of iPhones. To that end, Apple’s camera maker Sony had to upgrade its manufacturing plants twice this year to produce more of the CMOS image sensors needed for smartphones including the iPhone. Even with a partner as large as Sony, however, iPhone-specific engineering requirements and the risk inherent in brand new technologies have led Apple to hold off on using the latest and greatest camera innovations in its devices. Instead, iPhones go with thin, lower-resolution sensors that offer great overall image quality for their size, and never eclipse rivals on raw specs.

So what can we realistically expect from the iPhone 6S and 6S Plus cameras next month? Here are my educated guesses… 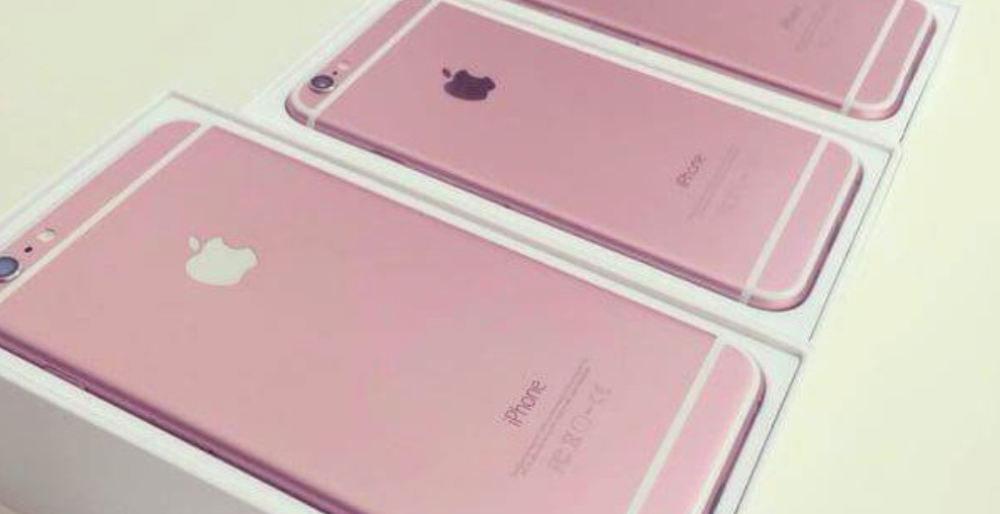 If I was betting today, I would predict that the iPhone 6S and 6S Plus will sport 2-Megapixel front-facing (“FaceTime”) cameras with roughly 13-Megapixel rear-facing (“iSight”) cameras. From the outside, they’ll look pretty much the same as last year’s, but each camera will be capable of taking clearer images, and offering better-looking digital zoom, than any prior iPhone. Neither camera will have the raw specs of Apple’s most advanced rivals, but as we’ve seen in prior iPhone generations, Apple will focus on speed, low-light performance, and color accuracy. Unfortunately, the front FaceTime camera will remain woefully behind the rear iSight camera, a bummer for fans of selfies. Here’s why.

iPhones use very small sensors. A 1″ camera sensor is roughly the size of the nano-SIM card found inside most iPhones, but Apple’s rear cameras use 1/3″ sensors that occupy around 25% as much space. In a teardown last year, Chipworks noted that the iPhone 6 Plus’s 8-Megapixel rear camera module is 10.6mm wide by 9.3mm tall by 5.6mm thick, with the sensor itself measuring 5.97mm by 4.71mm. The 1.2-Megapixel front camera module is even smaller, measuring 6.2mm wide by 6.0mm tall by 3.8mm thick. These dimensions provide rough boundaries for what can be expected in the iPhone 6S and iPhone 6S Plus; there isn’t a lot of room in either device for larger components.

Although there have been some tiny changes to the new phones’ thickness and the footprints of their logic boards, the cameras are unlikely to become radically larger or thicker this generation. To put things in perspective, Apple stepped up from a 1/3.2″ sensor in the iPhone 5 to a 1/3.0″ sensor in the same-sized iPhone 5s, a change that required only sub-millimeter dimensional changes to the sensor. Any sensor size increase for the 6S would be of a similar scale. Similarly, given their very different sizes, it’s unrealistic to hope that the iPhone 6S’s front camera will be able to match or even approach the rear camera, something I’ve noticed readers suggesting in recent weeks. There’s just not enough space inside the 6S for two modules of the same size, nor does the leaked iPhone 6S front glass suggest the presence of a huge new lens. Selfies will thus remain (much) lower-resolution than photos taken with the rear camera.

Small sensors limit Apple’s choices for specs. Sony makes at least 13 different camera sensors for mobile devices, but only three of them are the 1/3″ size Apple uses for rear cameras, with even fewer options suitable for the smaller front camera. Although Apple does source custom versions of components that aren’t on official parts lists, those custom parts are typically simpler, cheaper, or focused variations on existing parts, not quantum leaps forward. Additionally, Sony appears to be the exclusive camera provider for iPhones at this point. Apple is therefore limited by both Sony’s current state of the art technology at a given sensor size, as well as Sony’s ability to manufacture enough of those parts to meet growing iPhone demand. (It’s worth noting that previous media reports as to major new iPhone camera breakthroughs have repeatedly failed to wash out due to manufacturing considerations.)

The only sensors Sony publicly lists at the 1/3″ size right now have 13-Megapixel resolutions. Reports have suggested that Apple will use something like Sony’s IMX278, which has an RGBW (RGB with white sub-pixel) color array for greater color accuracy and low-light sensitivity. Two older sensors are also options: the IMX214 doesn’t have the white sub-pixel feature, but supports single-frame, full-resolution HDR and HDR video, while the IMX135 is a lower-end model with lower-resolution HDR support and a lower frame rate. Any of these sensors would be an upgrade in resolution relative to the 8-Megapixel sensor currently in the iPhone 6, though it’s unclear whether Apple will include 4K video recording support.

On the FaceTime side, Sony’s “really small sensor” options are capped at around 2-Megapixel resolutions, without the RGBW feature. Based on available hardware, the most likely improvements would be a jump to 1920×1080 still images, and full HD video recording, possibly with 60FPS video at 1080p and slo-mo video at lower resolutions. The video features line up with code found in iOS 9 several months ago. There’s no chance that the front-facing camera will have 4K video support, as the sensor won’t have enough resolution to create such videos.

Don’t forget the lens, flash, or OIS. Apple does make changes to its lenses and flashes from generation to generation. Rumors have suggested that the rear iPhone 6S lens might get a boost to an f/1.8 aperture, further improving its low-light sensitivity, speed, and potential depth of field. Apple could upgrade the optical image stabilization on the iPhone 6S Plus with more impressive shake/bounce reduction than was found on the iPhone 6 Plus camera. And it might improve the front lens, or leave it alone. Code found in iOS 9 suggested support for a front-mounted flash, which hasn’t yet been spotted on leaked iPhone 6S parts, but could help with selfies.

Apple always considers its next-generation devices, too. At least where camera upgrades have been concerned, Apple’s annual upgrade strategy typically takes a small step forward, with room next year for another step, rather than taking a big step forward one year with no room to upgrade the next year. The iPhone spent four years capped at an 8MP resolution, making small sensor and lens changes each year to improve color accuracy, low-light performance, and speed. By the time the iPhone 6S comes out, Apple will already be substantially through the development process for the iPhone 7 (and 7 Plus?), with a good sense of the sensors, lenses, and flashes it wants to use in the designs, as well as how large the devices will need to be to fit them. It would be hard to imagine another rear camera resolution jump next year, say to 21MP, but if Apple’s engineers made more room for a bigger sensor, it could happen.

I’m personally very optimistic about what we’ll see from the iPhone 6S cameras. Even though Apple tends to make small camera improvements from year to year, resolution bumps for the iPhone’s front and rear cameras have been long overdue, and this will likely be the year when both take welcome steps forward. As a camera fan who uses the iPhone to shoot thousands of pictures every year, I think that’s a major justification to upgrade, and can’t wait to see how the iPhone 6S performs in the field.

Check out more of my editorials, How-To guides, and reviews for 9to5Mac here! I’ve covered a lot of different topics of interest to Mac, iPad, iPhone, iPod, Apple TV, and Apple Watch users. I’ve recently discussed how to safely prepare and wipe your iPhone for resale or trade-in, and how to get the best iPhone trade-in price to help buy an iPhone 6S.