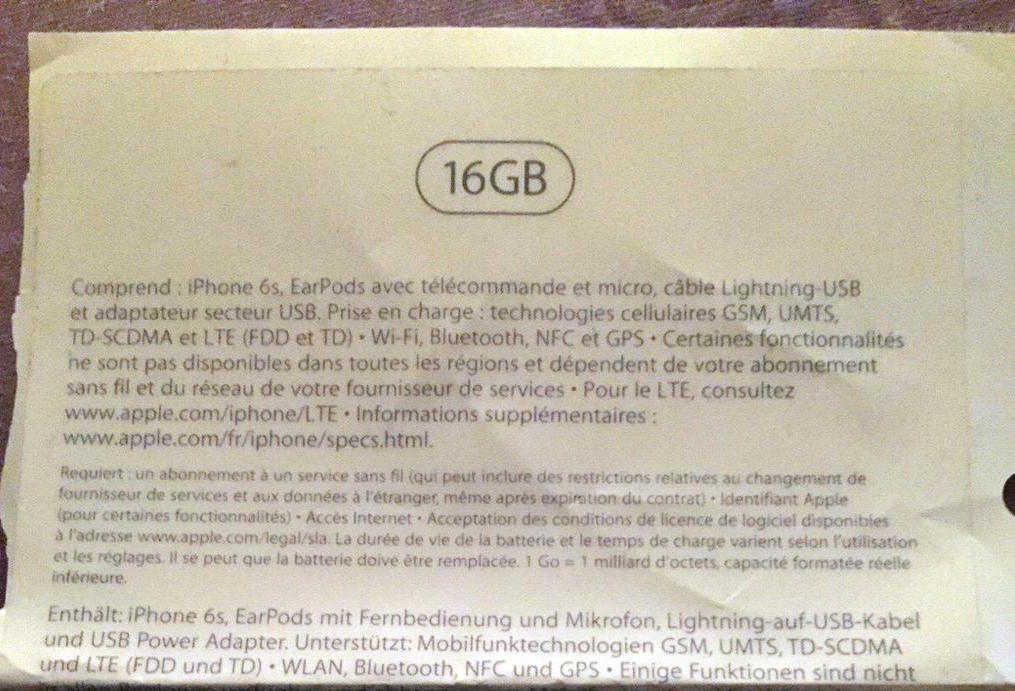 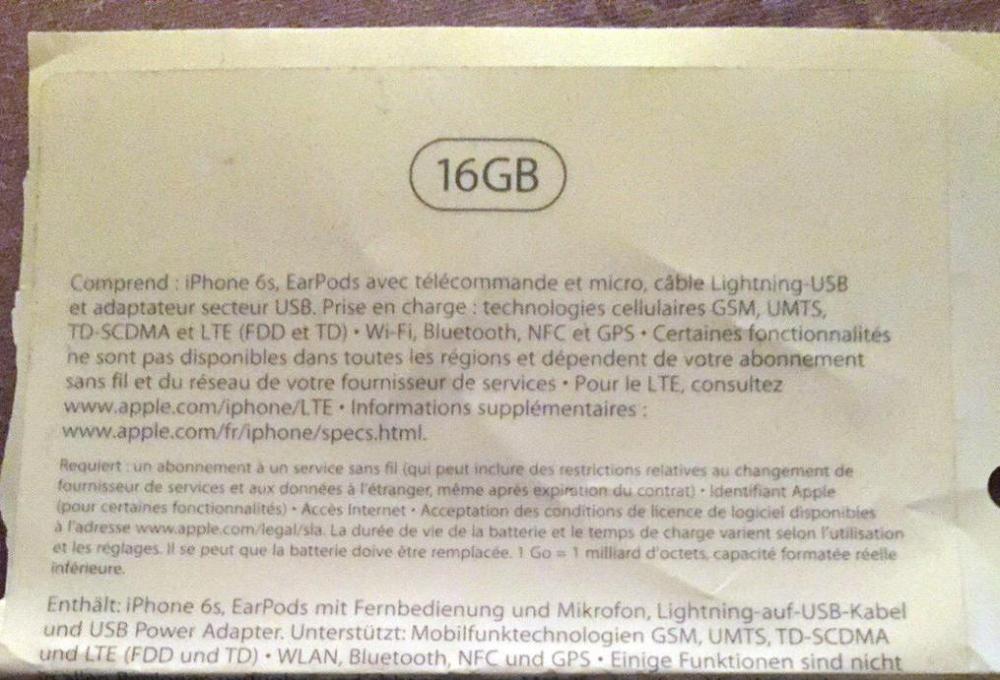 A purported photo of an iPhone 6S information sheet has surfaced detailing the specifications of the upcoming iPhone, due to be announced at an event on September 9th. Whilst the detailed technical specifications do not reveal anything new, the page header is intriguing. It suggests that, once again, Apple will offer a 16 GB base model version of the iPhone 6S (via Steve Hemmerstoffer). This matches analysis of iPhone 6S components obtained by 9to5Mac back in June, which showed Apple using 16 GB memory chips in preproduction units.

Low storage space iPhone SKUs is a big complaint in the community. Many had thought this would be the year Apple finally drops 16 GB from the new lineup of phones for good. Although iOS 9 is more efficient regarding storage, features like 12-megapixel photos and 4K video recording generally require a lot more storage space. Some supplier reports have also said the new iPhone lineup will start at 32 GB.

Naturally, this unsubstantiated photo should be taken with some degree of skepticism. It could have been faked or it could have been from early product packaging designs that were changed later in the cycle. That being said, we now believe the box leak from yesterday to be accurate giving a bit more weight to the reliability of Chinese snaps of iPhone 6S packaging (shown below).

Also note that the existence of a 16 GB model does not mean the lineup has to stay identical as the iPhone 6 generation with 16/64/128 GB tiers. There is a chance Apple could slide in a 32 GB option between the 16 GB and 64 GB price points as they have done with the new iPod touch. We would consider this unlikely, however. 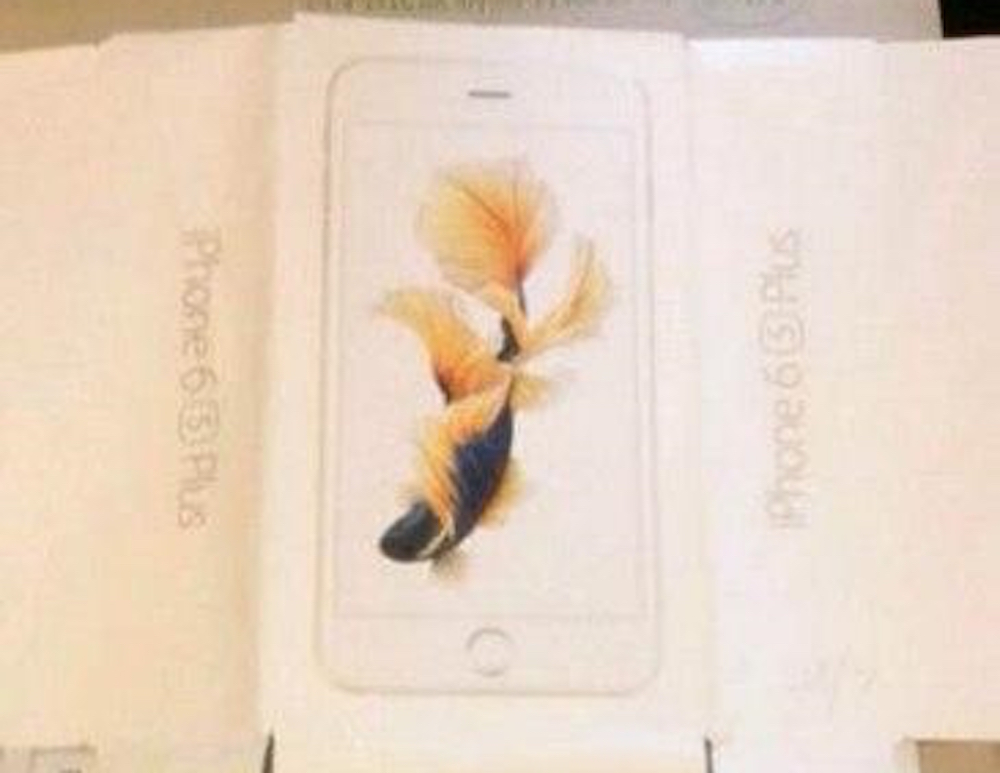 The iPhone 6S will likely launch around mid-September following the unveiling on September 9th. 9to5Mac’s exclusive report show the iPhone will feature a greatly improved camera, Force Touch functionality, come in a Rose Gold color variant and include animated wallpapers a la Apple Watch which is where the koi fish (shown on the box ) comes into play.