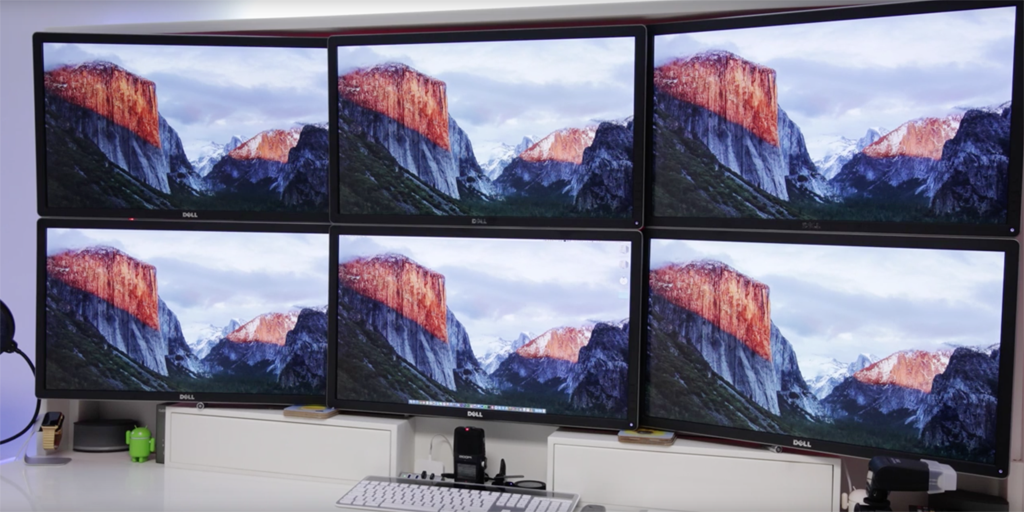 Video producer Adam Matthews wanted to double the number of 4K monitors hooked up to his Mac Pro, so he built an external GPU to do it. He used a Sonnet Thunderbolt chassis with an AMD 7970 GPU – before discovering that the machine could actually drive all six monitors without it.

When Matthews tried connecting the monitors using only the twin graphics cards built into the Mac Pro, just to see what would happen, he found he was still able to get 60Hz on each, suggesting that Apple has been conservative in its claims.

Of course, it’s possible that the strain of pushing video to six monitors at once might shorten the life of the Mac Pro, so his Plan A is probably the best route to go if you want to emulate his setup.

Future MacBook Pros could themselves drive three 4K monitors at 60Hz, as Intel revealed that its upcoming Skylake processors have this capability. It’s even possible that Apple could create a MacBook Pro with Mac Pro performance, as Intel also announced professional class Xeon processors for laptops. It’s not likely to happen, but a man can dream …