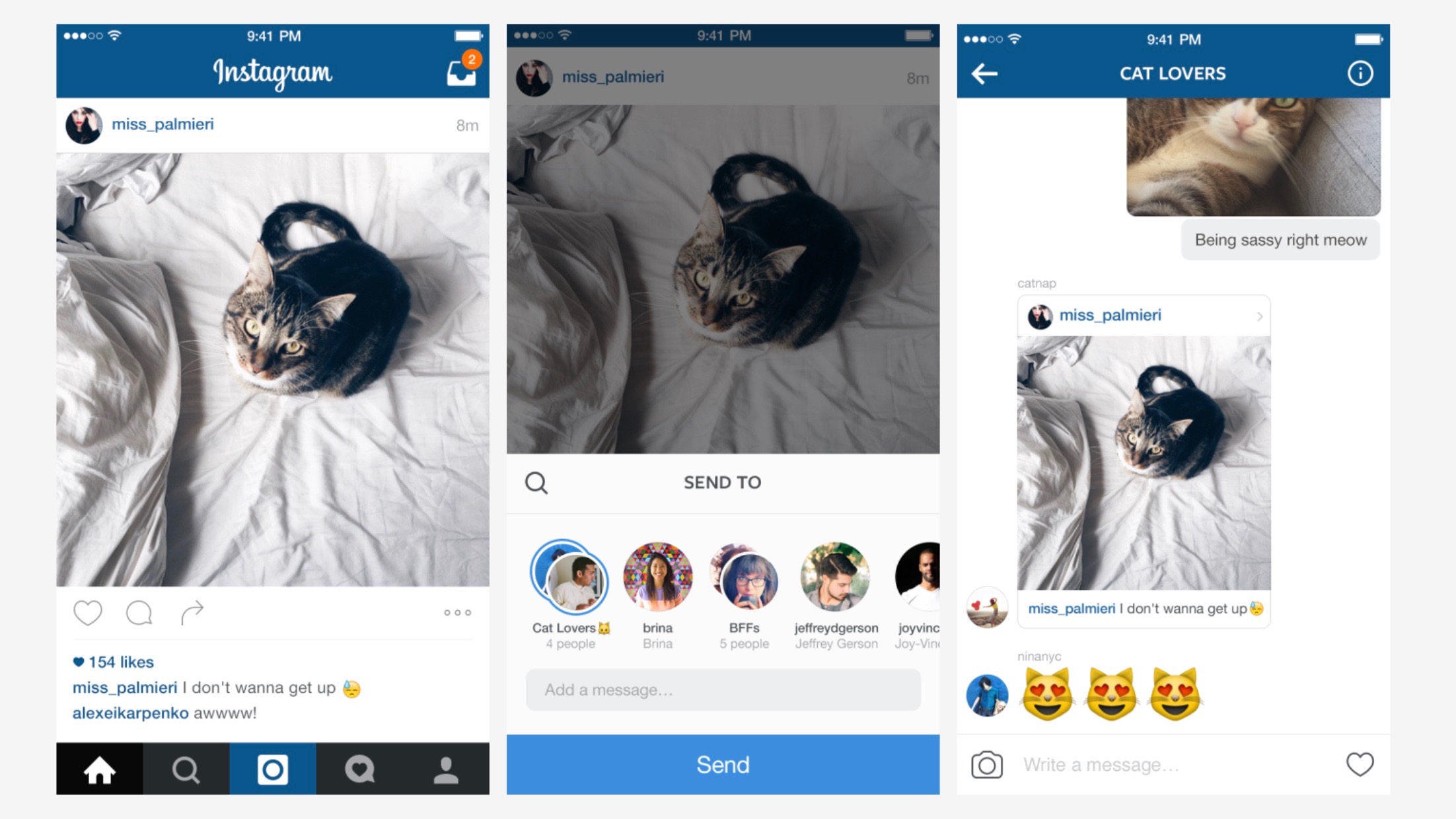 After mostly letting it sit stagnant for nearly two years, Instagram is ready to show its Direct messaging feature some love. Instagram Direct, which lets you share photos, videos, and messages privately with other Instagram users, was seen as a play at Snapchat and similar apps when it launched in 2013, but it’s so far experienced limited appeal within the photo sharing app. Now Instagram hopes to change that with new features including message threads, giant emoji, sharing from your timeline, and more.

For its part, Instagram says that over 85 million people use Direct each month to “send inside jokes, family videos, photos from road trips and other moments meant only for a handful of people,” but use among my friends and colleagues has mostly been ironic instances (which may fit into the inside joke category) since its initial launch in 2013.

Now Instagram is shaping Direct up as a better messaging solution with threaded conversations that make keeping up in group chats easier, group names as seen on other messaging services, and a quick camera feature for sharing selfies quicker than before. Instagram is also adding giant emoji messaging and allowing users to share photos and videos from the main timeline to Direct privately.

Besides some enhanced messaging features, the real story here is that Instagram seems to be giving Direct another go rather than just letting it get more stale. Instagram Direct is still a rather sub-feature within the app for now, though, but maybe the new enhancements are a sign of things to come.

Instagram 7.5 for iPhone is available on the App Store.