Kantar: “Apple has ample opportunity for iPhone upgrades” this year and next

Ben Lovejoy | Sep 2 2015 - 7:10 am PT
11 Comments
19 Sep 2014, London, England, UK --- London, United Kingdom. 19th September 2014 -- Hundreds of people queue in front of Apple store on Regent's street to buy the brand's new smartphone, the iPhone 6, London, UK. -- Thousands of fans have been queuing overnight near the Apple story in London to get their hands on brand's latest product, the iPhone 6, which is available in the UK from September 19. Zoltan Wiettchen from Hungary was the first to buy the product. --- Image by © Michael Tubi/Demotix/Corbis 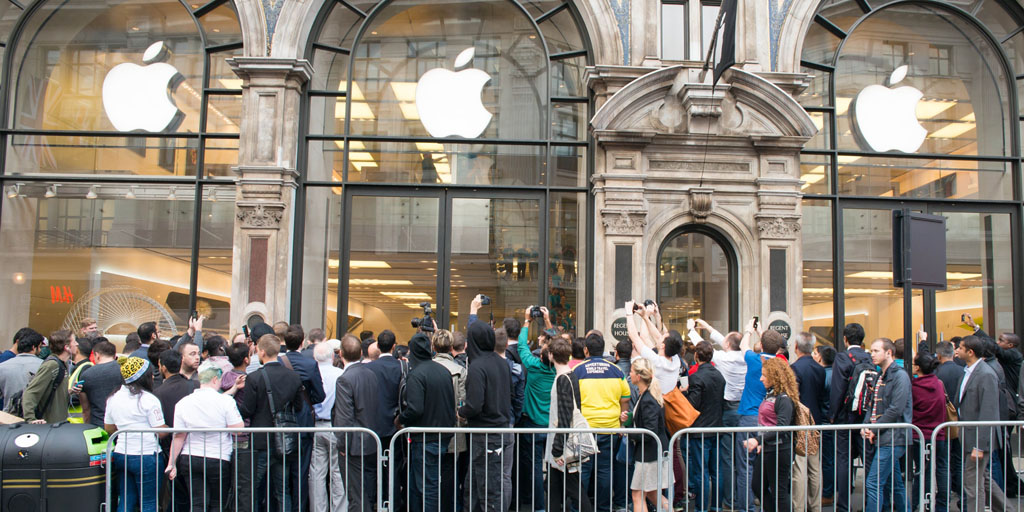 Kantar has refuted gloomy suggestions that record sales of the iPhone 6/Plus may make it tougher for Apple to persuade customers to upgrade, saying that its data “suggests Apple has ample opportunity for upgrades in Q4 2015 and 2016.”

The pessimistic view put forward in some quarters goes like this. There was a lot of pent-up demand for larger-screened iPhones. Everyone who wanted one has now bought one, so upgrade rates will now tail off significantly.

Kantar says that this view ignores the fact that people will continue to upgrade from older models. It points out that the average U.S. iPhone user upgrades every 25 months – and 31% of owners bought their current iPhone more than two years ago …

[In the U.S.], upgrades will [be to] not only the new iPhone models, but [also] the current iPhone 6 and 6 Plus, which should experience the drop in price we have seen in previous years for retiring flagship devices. In the US, 32% of iPhone 5s sales were generated after the launch of the iPhone 6 and, in the three months ending in July 2015, the iPhone 5s was still the fourth best-selling smartphone in the US.

We expect the success of the iPhone 6 and 6 Plus to not only continue, but to accelerate as prices drop. For reference, it is interesting to note that 36% of total iPhone 5s sales in urban China were made after September 2014.

In China, the average replacement cycle for an iPhone is 19 months, while almost a third of owners have now owned their existing model for more than 24 months – suggesting plenty of latent demand.

Kantar noted that Apple was seeing strong migration from Android. In Europe, 27% of new smartphone buyers migrated from Android to Apple, with 9% of American buyers doing the same.

If you’re planning an upgrade yourself, and want to trade-in your existing iPhone, Gazelle is promising to beat the price offered by either Apple or any carrier.