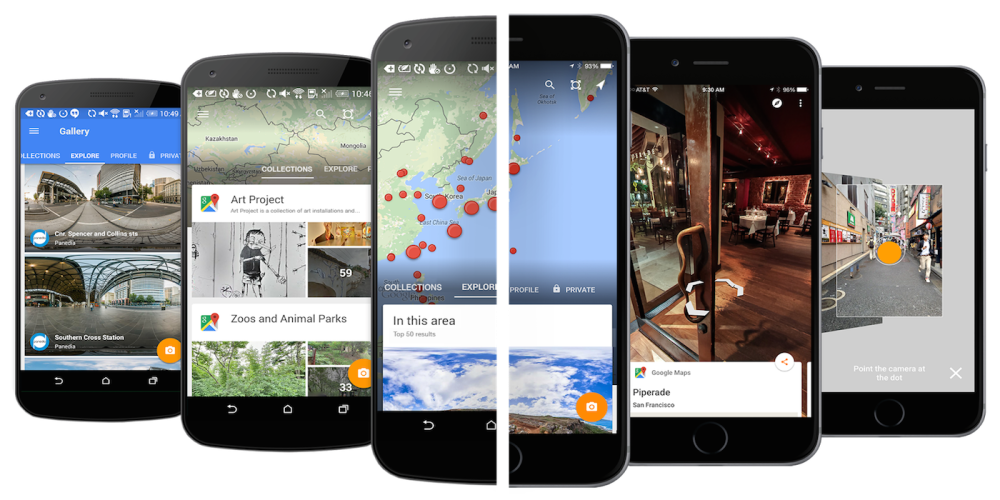 One of the standout features of Google Maps that other mapping apps just can’t compete with is Street View, Google’s feature for viewing imagery that gives you an immersive, 360-degree, street-level view of roads and retail stores. Now, Google is launching a standalone app for Street View that will let you access and contribute imagery without having to go through Google Maps:

In one gallery, you can explore Street View collections and content from Google Maps alongside photo spheres contributed from people around the globe. So whether you want to track the Loch Ness monster in Scotland, scale the famed rock wall El Capitan in Yosemite, or hike Mt. Fuji, the Street View app has you covered.

The app will also let users contribute by shooting the 360-degree imagery that Google refers to as Photo Spheres. Users can shoot the photos from directly within the new Street View app and they are automatically uploaded to Google Maps. You can use your Android device or iPhone for photo spheres, but Google notes that more advanced users will be able to connect cameras like the Ricoh Theta S, or NCTech iris360, devices designed to shoot the 360-degree imagery much like Google’s own Trekker camera.