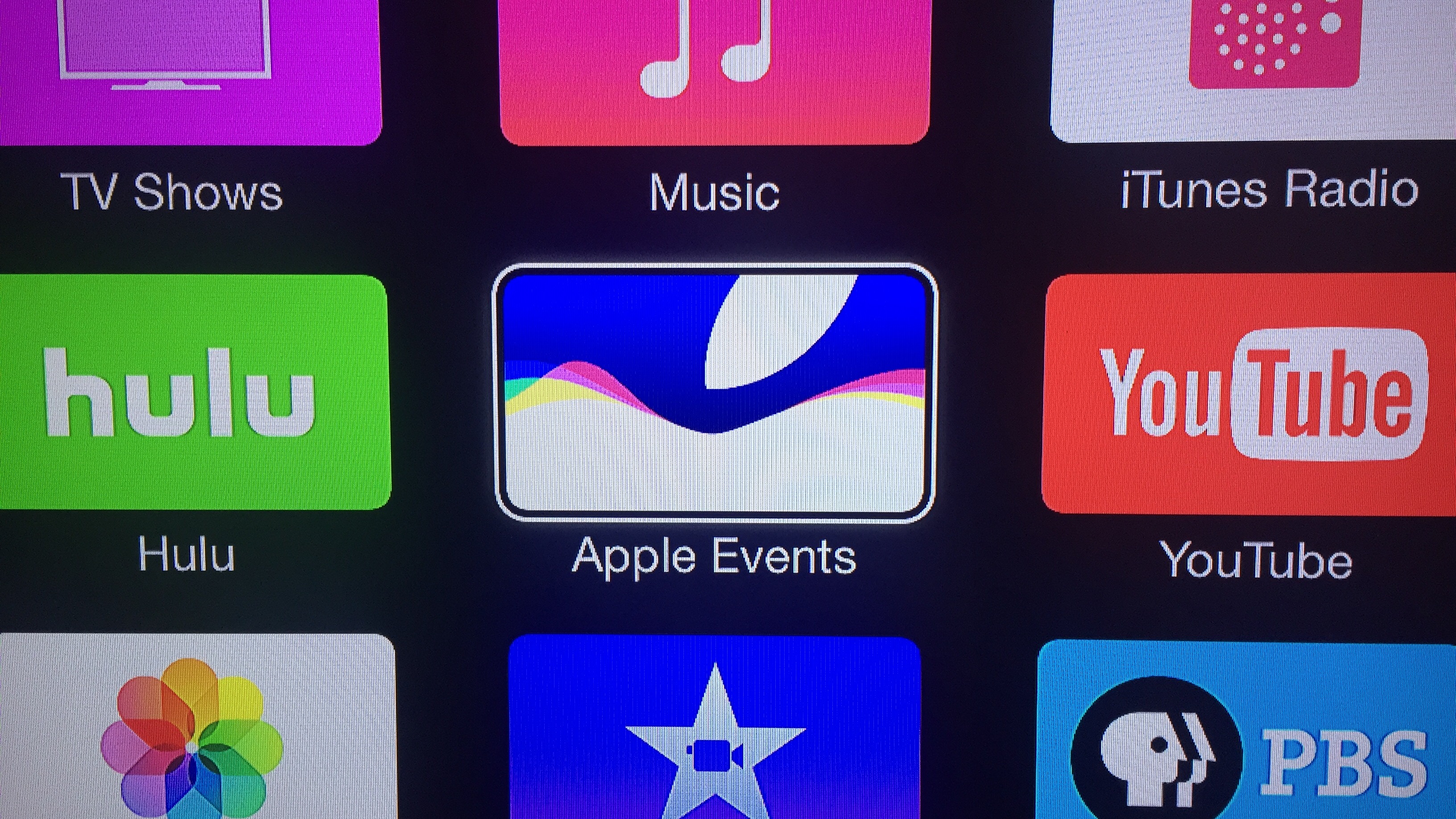 In what was a notable change this summer, Apple opted to not remove the dedicated Apple Events channel on Apple TV after WWDC 2015 as it has done several weeks after media events in the past. Instead the Apple Events channel has become a permanent app on the Apple TV, serving as a central spot for viewing prior major product announcements without relying on searching the YouTube channel (which has since been removed from Apple TV 2 boxes).

Ahead of prior events, though, the reappearance of the Apple Events channel has been a bit of a ritual that drums up excitement and signals that Apple is indeed livestreaming its upcoming event. Apple has recently moved to livestreaming every event (in the past it was not guaranteed) and we already knew tomorrow’s iPhone 6S and Apple TV 4 event would be broadcasted live, but there’s still a pre-event change on the Apple Events channel awaiting Apple TV users.

Just hours before the iPhone 6S announcement kicks off in San Francisco, Apple has refreshed the Apple Events channel with a new icon matching the event teaser artwork and more.

Inside the refreshed channel you’ll find a reminder in your local time zone showing which time the livestream will begin. For example, my channel features a line that reads “Tune in at 12:00 PM (Local Time) on September 9 to watch this event live.” Below that is a countdown timer showing exactly how many hours, minutes, and seconds until 10:00 AM PT.

Aside from viewing the event livestream on Apple TV boxes, Apple is streaming it on apple.com to OS X and iOS users with Safari, or Windows 10 users with Edge.

Not included on the refreshed channel: any more clues about what to expect, although 9to5Mac has detailed based on our reporting all the things Apple is expected to unveil tomorrow including the iPhone 6S and iPhone 6S Plus, Apple TV 4, new Apple Watch accessories, and a new pair of iPads including the long-awaited, larger iPad Pro.