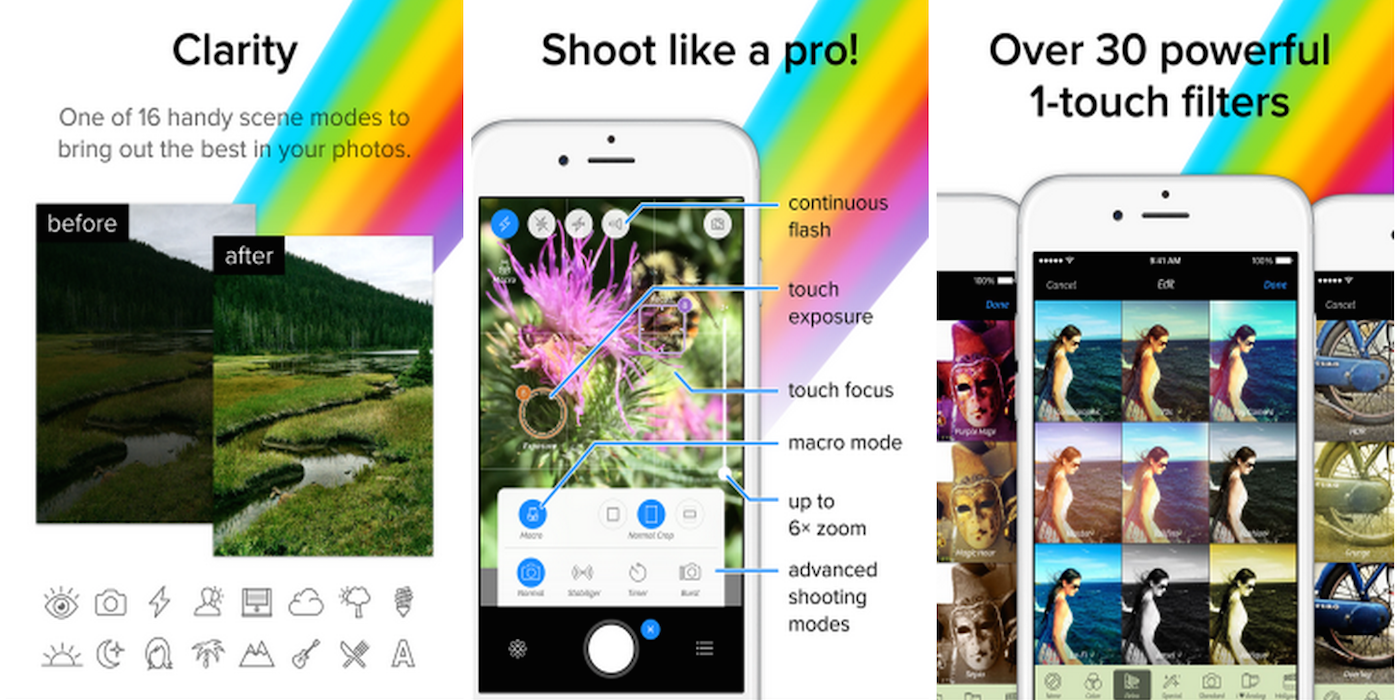 Makers of the popular Camera+ app, a $3 third-party photography app for iPhone with around 14 million users, today launched its first free version in an attempt to attract even more users to the platform.

Dubbed simply “Camera+ Free,” the app’s creator gave us the rundown on the free experience, noting that it offers the same experience as the paid app minus some of the more advanced features like manual shooting controls and the app’s “The Lab” editing suite. Instead, the free app offers up focus, exposure and macro shooting settings, scene modes including clarity, and 3 free filter packs. Beyond that, users will be able to add-on some of the more advanced features to the free version using in-app purchases, allowing them to essentially unlock the full experience of the paid app.

We want to get the app out to as many people as possible. We currently have 14 million users, but we’d love to see more people using and falling in love with our app. We think by offering people a free version, more people who typically don’t pay for apps will give it a try. If they like it then they may buy some in-apps or just spread the word about our app. – Camera+ cofounder Lisa Bettany

The free version of the Camera+ app is available on the App Store now.