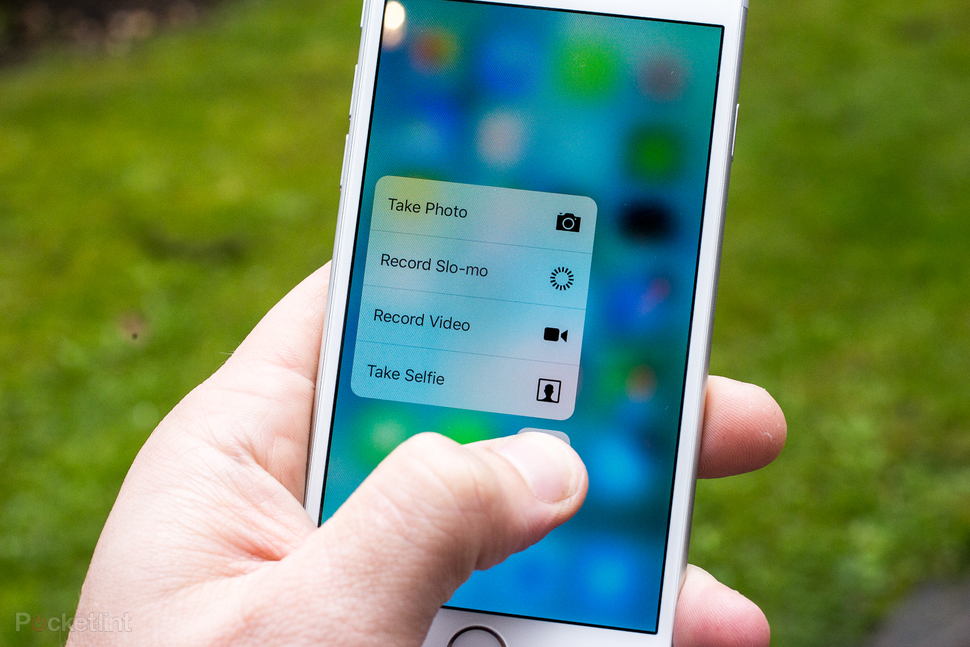 The iPhone 6s and 6s Plus are launching in just four days time and right on schedule the embargo on reviews have been lifted. Apple is touting the new phones as major updates over the 6 and 6 Plus, with 12-megapixel camera and 4K video recording, ‘3D Touch’ pressure-sensitive display to enable quick actions across the OS, Live Photos and more. We’ve already seen an early hands on with the iPhone 6s thanks to an early delivery but now the official tech reviews are live.

So what’s the verdict? We’ve rounded up the highlights below from those lucky enough to get the phones early …

Joanna Stern from the Wall Street Journal loves the new Live Photos feature in the iPhone 6s, a hybrid combination of photos and short videos.

The absolute best thing about the 6s is Live Photos. While capturing a still photo, it also captures a bit of live action. They’re awesome for reliving fun moments, especially of an active puppy or child, and anyone with an iOS 9 iPhone or iPad can view them. But they generally take up two to three times as much space as an iPhone 6 pic because they also save three seconds of video. Sure, you can turn them off, but you won’t want to.

In a dueling interview, the WSJ’s Geoffrey A. Fowler calls iPhone 6s Apple’s ‘best trap yet‘.

The Verge’s Walt Mossberg describes the iPhone 6s as the ‘best phone on the market’ and a surefire upgrade for anyone with an iPhone older than an iPhone 6. He describes 3D Touch as ‘fun and useful’ but notes that right now it is limiting if you aren’t a user of Apple’s apps. It will take time for developers to utilize the power of the additional context that can come from pressure-sensitive interactions.

Apple won’t say exactly how many levels of pressure-sensitivity there are, but it’s definitely so many as to feel almost analog, like the interface is reacting in real time to physical pressure — the homescreen blurs in and out in response to how hard you press on an icon, for instance.

It’s kind of like right click on OS X — the interface is designed to be used without it, but once you realize it’s there, it’s incredibly useful, and you want every app to make solid, consistent use of it. In that sense, 3D Touch won’t really be that useful or revolutionary until third parties really grab on to it.

Buzzfeed’s John Paczkowski describes the 6s as a nice update in terms of speed and camera quality, but again mirrors The Verge in saying that 3D Touch is the ‘transformative’ star of the show with this generation.

But 3D Touch, the most significant of the iPhone 6s’s tentpole features, is. Easily. Built on a system of sensors that detect touch pressure across the face of the iPhone 6s’s display, 3D Touch triggers pop-up menus and previews based on how firmly you press down. Currently, it supports two interactions “peek” and “pop,” with peek calling up a preview of an app or message, or a brief contextual menu, and pop launching the app itself. Each interaction is accompanied by a different tiny vibration that helps you distinguish between them. It is surprisingly useful — particularly for power users who do a lot of work from their iPhones. I’m already using it constantly, and I am impressed with how good it is at interpreting the force of my touch.

In the New York Times, Brian Chen also gave Live Photos high praise, stating that it would capture moments he would otherwise have missed.

You might wonder, why not just shoot a video? The short answer is that there will be tiny moments in life where you would never have guessed you wanted to shoot a video, and now Live Photos has a chance to capture them.

I tried this by photographing my pets. In one instance, I captured a moment when my corgi started digging his paws into dirt on a mountain, showing a side of his personality you wouldn’t witness in a normal photo.

Pocket-Lint notes that Apple will be improving Live Photos in a forthcoming software update. The iOS 9 update will automatically sense the motion of the phone to better crop the video portion of the Live Photo to elements you actually care about seeing again.

Apple tells us that Live Photos will get even better with an upcoming software update that will intelligently sense when you raise or lower the phone, so automatic capture will take place at the pinnacle moment. We can definitely see the need for that, as a lot of Live Photos we’ve shot include the footage of us hastily dropping the camera after taking the shot. Another frustration is that audio is automatically recorded, which at times is lovely – a child’s giggle for example – but not so great when you’ve got the same child screaming in the background.

They also share a NSFVegetarians video shot in 4K on the iPhone 6s.

Ed Baig from USA Today is also a fan of the upgraded 12-megapixel back camera and 5-megapixel front camera. He also notes that the 4K video produced from the new phones is crisp and clear. Like other reviewers, Baig is concerned about the storage space requirements of the 4K video which may make it a lot less useful in reality because of the impracticality of such large files.

Speaking of selfies, the 6S and 6S Plus turns the front display into a flash by lighting up for a moment three times brighter than usual. That’s pretty clever too.

Meantime, aspiring filmmakers will be jazzed about the ability to shoot 4K video on the phones. The feature is turned off by default since most people still don’t have a way to play back 4K video and such videos gobble up lots of space, roughly 375 MB per minute at the highest resolution. You can edit 4K video on the latest free iMovie app that is available for the phones.

But I expect you to be more than satisfied with the HD videos you shoot, especially on the 6S Plus which gets optical image stabilization to help ensure smooth video. A quibble: I wish you could switch from shooting 4K to HD videos directly in the Camera app, rather than have to dig into the phone’s settings.

YouTuber @MKBHD has also made a nice video overview of the new phones, with some sample camera pictures and a quick look at 3D Touch in action:

For readers concerned about battery life, the reviews agreed with Apple that it was comparable with the battery life seen in the iPhone 6 and iPhone 6 Plus. Low Power Mode helps the devices stretch that even further, so you can always get through a day’s worth of usage. If you want the best battery life in an iPhone, like last year, the iPhone 6s Plus is the obvious choice.

In general, the iPhone 6s and iPhone 6s Plus is a solid upgrade for an ‘S’ year. The cameras and speed improvements are welcomed (including a significantly faster Touch ID sensor) with the possibility for 3D Touch to become a must-have feature when more apps adopt it. The common negative narrative from all these reviews is that the new features require significant storage space, further bemoaning the entry-level 16 GB model. iOS 9 was also praised as a fantastic update in coordination with the new hardware, making the iPhone feel modern and fresh as a whole.

The iPhone 6s and iPhone 6s officially go on sale this Friday, September 25th. Preorders are sold out worldwide. Full list of reviews (via):