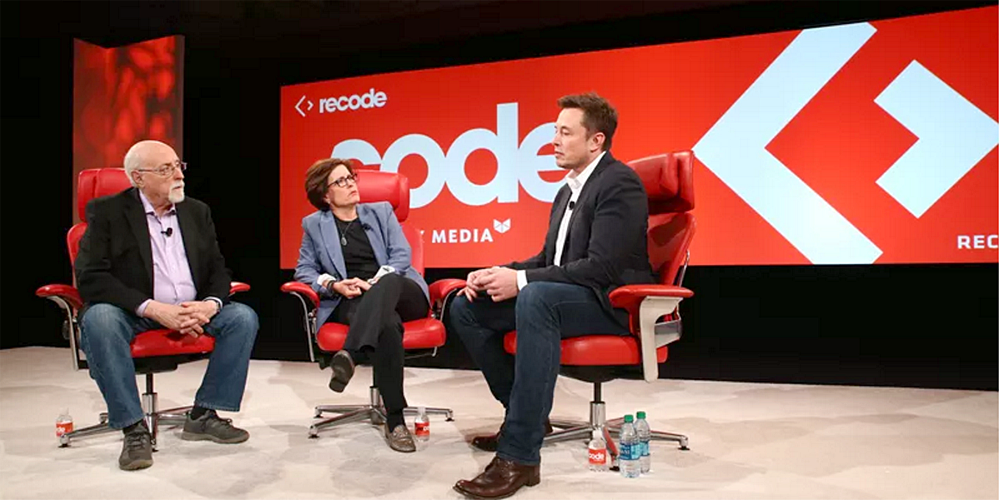 Never one to shy away from provocative opinions, Tesla CEO Elon Musk told the Re/code conference that Apple may have left it too late to compete effectively in the autonomous car field. He also said that not all companies exploring the idea appreciate the scale of the undertaking.

I think they should have embarked on this project sooner. I don’t think they’ll be in production sooner until 2020. Is that too late? […]

The sheer scale of automotive manufacturing is hard to imagine until you see the plants. The size of the industrial infrastructure is astonishing.

He did, though, wish Apple luck …

I think it’s great they’re doing this, and I hope it works out.

It wasn’t the most controversial statement he made at the conference, though. The Verge notes that he also thinks we are all probably living in a simulation.

“There’s a billion to one chance we’re living in base reality,” Elon Musk said tonight on stage at Recode’s Code Conference.

His argument is based on the idea that games are becoming increasingly indistinguishable from reality, and that 10,000 years in the future, you simply won’t be able to tell. So imagine a race that had a 10,000-year head-start on us, and we could simply be living inside their game.

It’s hard to imagine that an Apple Car in 2020 could be ‘too late.’ Apple’s entire approach to technology is to watch and learn from what others do, and then do it better. The first device arguably qualifying for the term smartphone was launched in 1994, and there’s certainly no doubt that the Nokia Communicator counted as one in 1996. Apple didn’t enter the game until 11 years later, but it did ok …

You can watch Musk’s full interview on Facebook, with additional Tesla news – including Musk’s ‘machines building machines‘ view of the future of manufacturing – over on Electrek. The latest news on the Apple Car front is that the company is looking into building Tesla-style Supercharger stations.