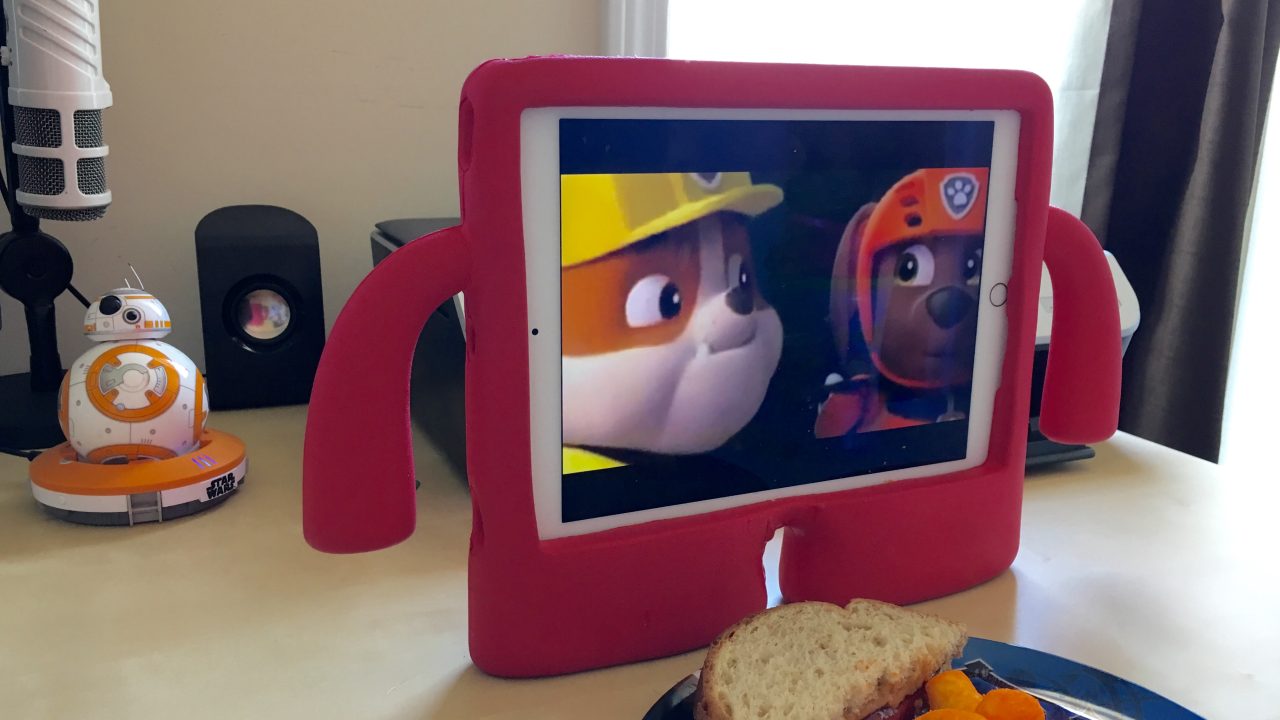 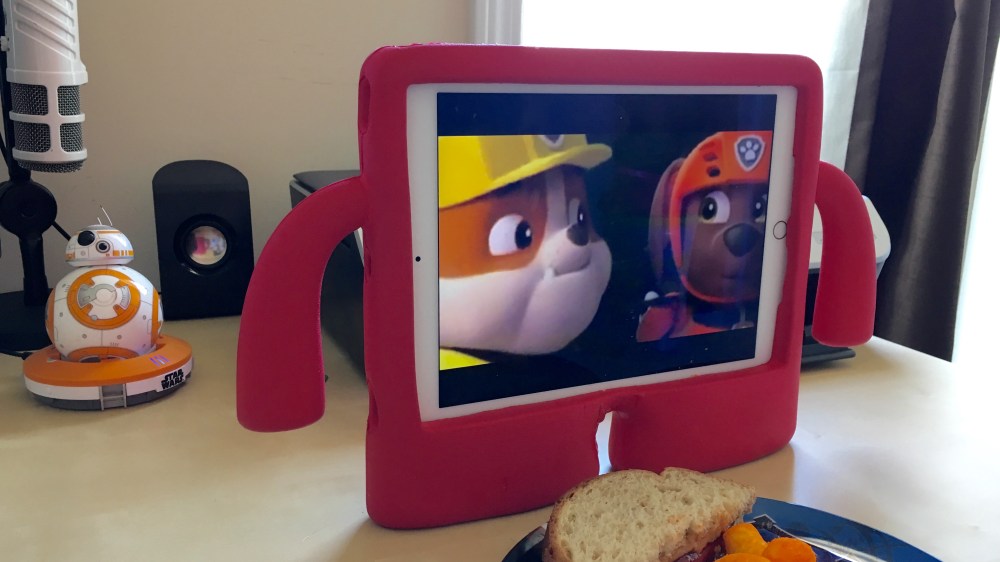 It happens all the time. Parents upgrade old iPads with new ones and lucky kids inherit magical (and expensive) tablets. But kids aren’t nearly as careful with pricey pieces of glass and somehow always messy hands. That’s what happened in our house late last year, and Speck’s iGuy case for iPad has made a world of difference.

This was especially clear yesterday evening when I encountered my toddler’s iPad covered in grape jelly. I took iGuy off and washed it in the sink with soap and warm water, and took a wet paper towel to the grape flavored iPad.

We let iGuy dry off on its own, and seeing my kid use the iPad without iGuy made it super apparent how useful a thick, freestanding case with arms and legs has been.

iGuy itself is pretty big, but the material is light and flexible. The legs are thick and sturdy enough to keep the iPad inside standing up on a flat surface, and the arms are flexible and give kids something to hold. 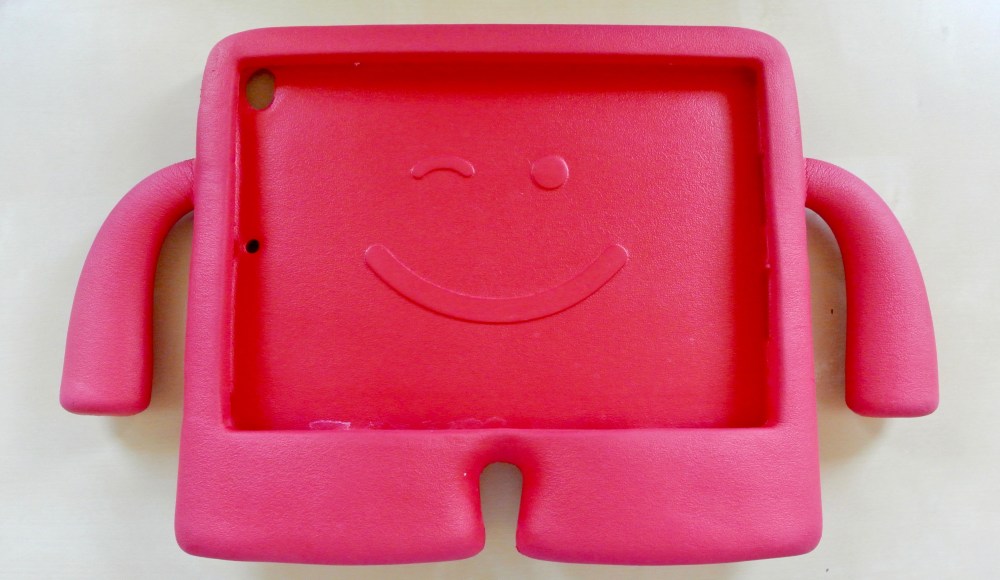 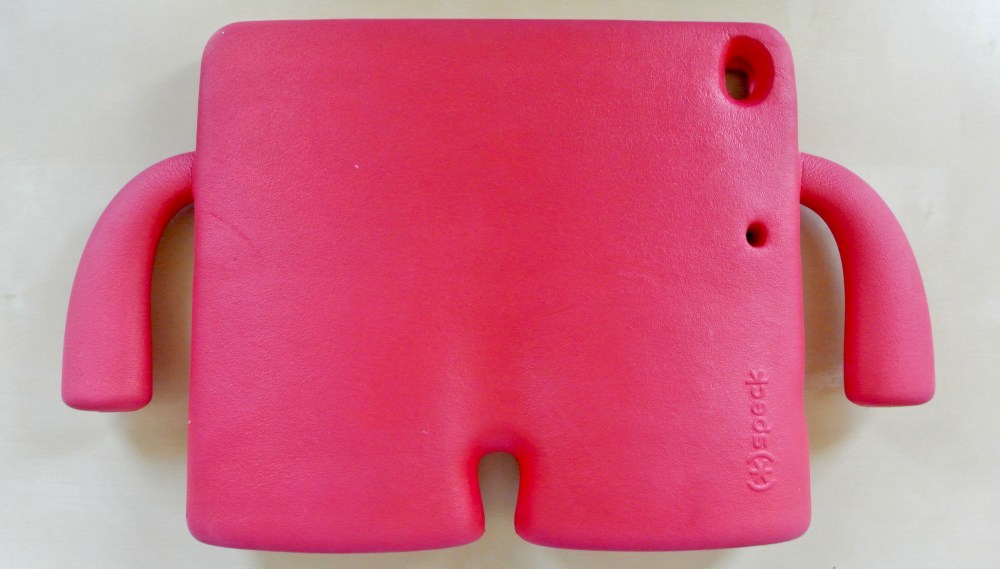 There’s no screen protection so you may want to add a layer yourself, but there’s plenty of lip to keep the display off a flat surface when laying face down. In six months of use and a few accidents, we’ve managed zero damage (just lots of screen cleaning). 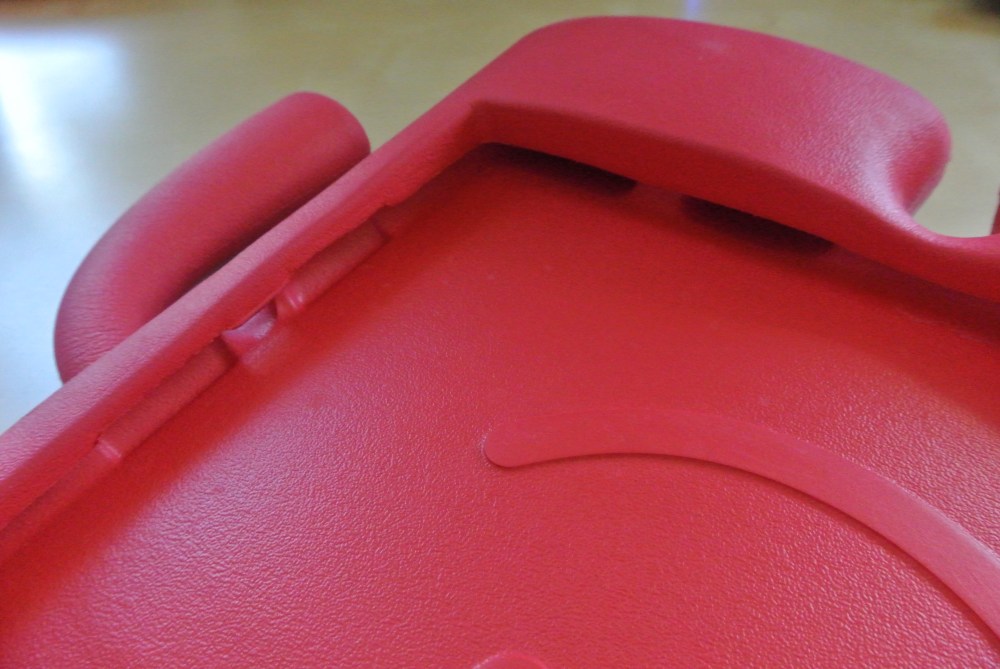 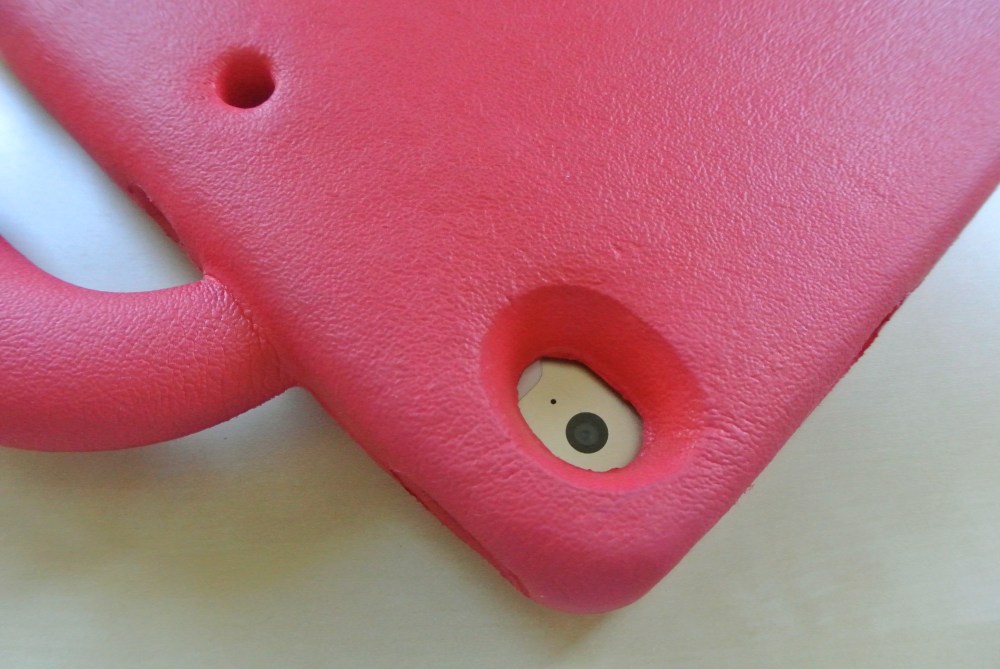 We keep an iPad Air 2 in our iGuy. It fits tight at the edges but has some extra space behind it to accommodate slightly thicker iPad Airs. The case flexes but takes some effort to put on and take off, which is a good thing if you’re worried about your kid removing it on their own. 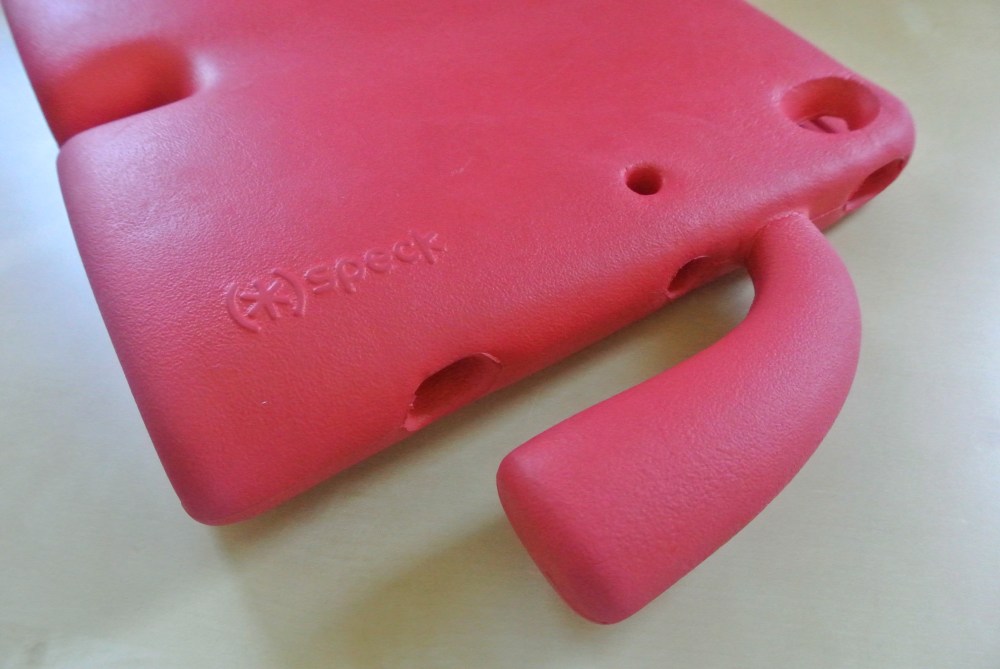 iGuy has all the necessary cut outs: headphone jack and power toggle on top, volume on the side, Lightning port on the bottom, and a camera opening around back. There are also two cuts outs near the top where some iPads have cellular bands, and the bottom speakers have slight openings on the lip but sound isn’t muffled at all.

Overall, iGuy is really think and makes the super thin iPad much larger and very bulky, but without being way too heavy and by adding the ability to stand up. 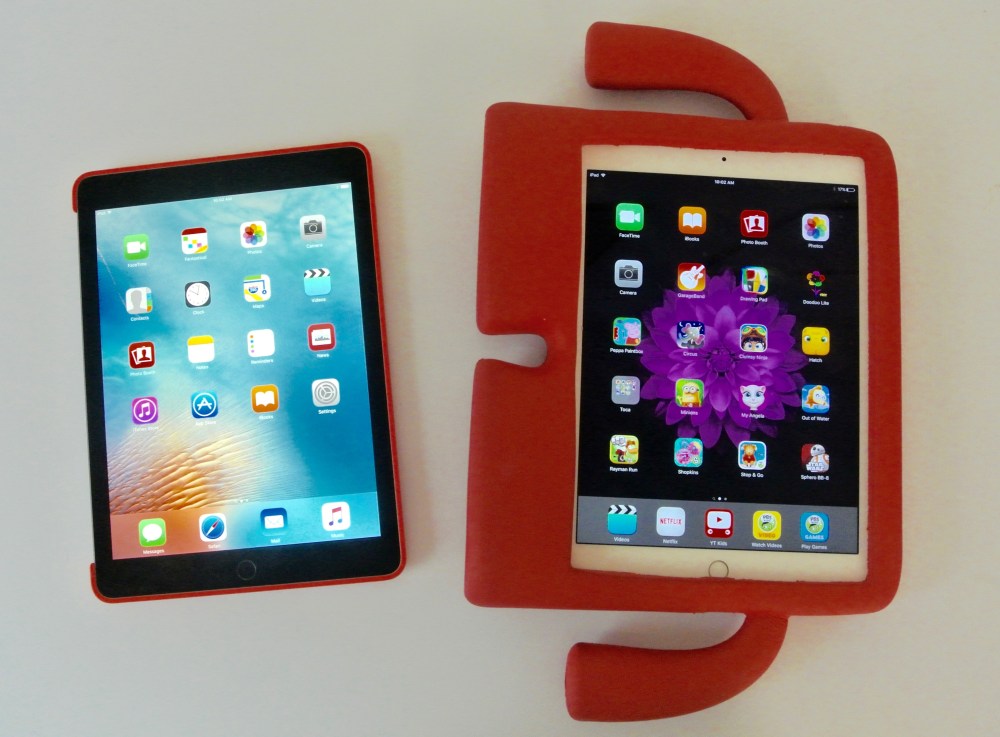 iGuy really only has one orientation with its legs on the left side so using the iPad in portrait can be awkward. Stick with landscape mode and it’s fine. The cutout around the display is also imperfect, which is odd visually but doesn’t change functionality.

Before iGuy, we used Best Buy’s version of Apple’s Smart Case, but the fold back origami stand isn’t very kid friendly. iGuy is easily the most fun and functional iPad case for kids I’ve seen yet. Speck makes versions for all iPads (except 12.9-inch iPad Pro) with red, blue, orange, green, and purple options for various versions. iGuy for iPad mini goes for $29.99 while iGuy for 9.7-inch iPads goes for $39.99. Highly recommended for those hand-me-down iPads that your kids inherit.