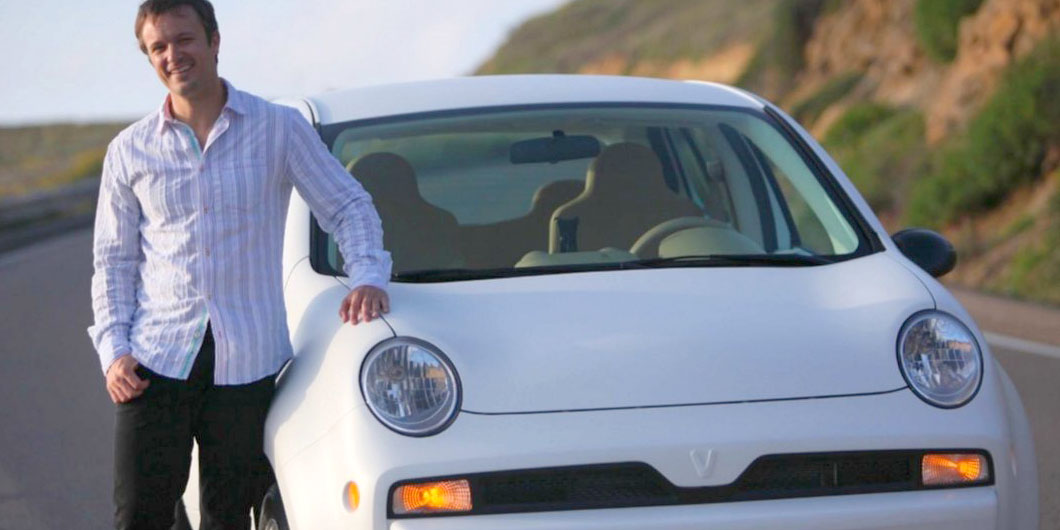 The Guardian has an interesting piece on a prototype car that caught the interest of Steve Jobs in the spring of 2010. Called the V-Vehicle, it was an attempt to create a lightweight, low-cost, gas-powered car whose secret was cheaper materials.

Working with designers Tom Matano and Anke Bodack, Bryan Thompson had developed a car body made of polypropylene and glass fibre that was 40% lighter than a conventional steel vehicle and would cost 70% less to produce. The creamy white hatchback had unpainted, upgradable body panels and a “space frame” body, a design technique usually reserved for high-end cars like the Ferrari 360 or Audi’s line of cars.

Within a few hours of receiving an email saying that Steve wanted to see it, Thompson and the team had taken the car to Steve’s house – where Apple’s co-founder had plenty of advice to offer during the 15 minutes he spent sitting in the car …

Jobs told Thompson to think about emphasizing the plastic rather than disguising it. “Let the material be honest,” he said, noting the dashboard, which was made of fibre-wood, a composite of synthetic resin and wood pulp. He suggested it would look better designed as one piece that “evoked a sense of high precision” – an idea Jobs often returned to with Apple’s chief design officer Jonathan Ive.

Given the demo took place at Steve’s house, there was even a scene that involved what was likely the iPhone 4 ahead of its release:

During the handshakes, Jobs’ son Reed came out to complain an iPhone prototype wasn’t working. “Get back in the house,” Jobs told him, and then took a long, deep look at the car.

Thompson said that he spent the flight back home sketching ideas based on Steve’s input. 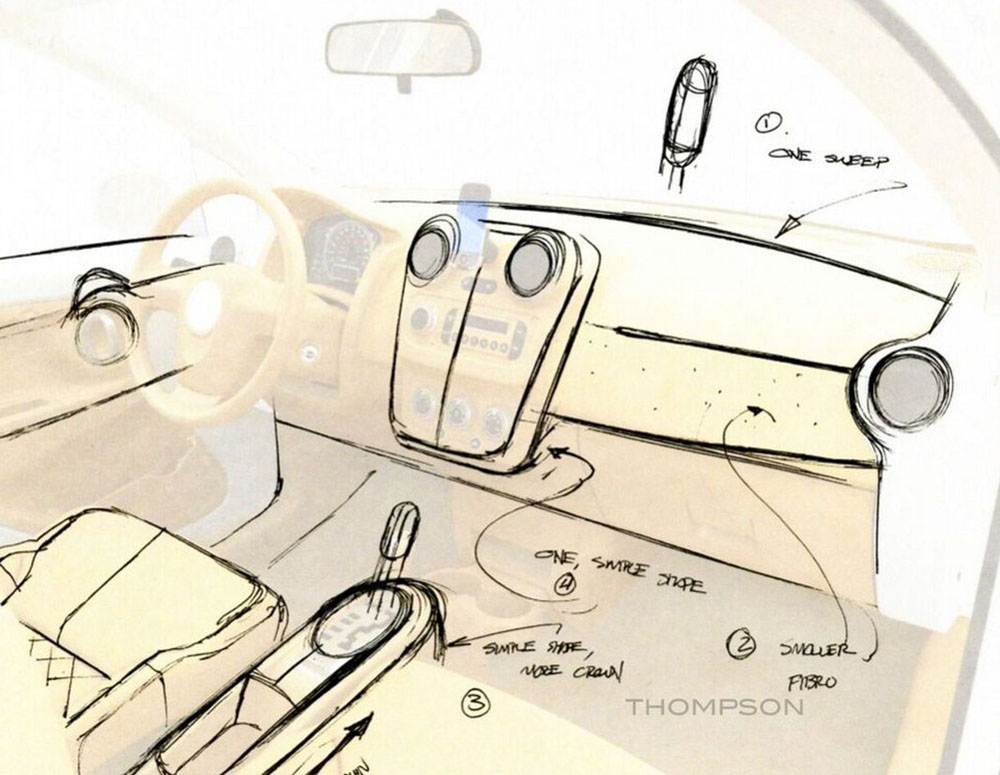 V-Vehicle ultimately failed, but the design and other IP has been bought by a company run by former NeXT director Tony Bonidy – and they plan to build it in Italy. Some of the ideas behind it, including Steve’s input, also live on.

Six years on from Thompson’s meeting with Jobs, many of the ideas in the V-Vehicle are being embraced by the more progressive car designers: BMW’s i3 was the first car to expose fibre-wood in its interior, while Tesla’s recent Model 3 announcement pointedly mentioned super-lightweight interiors to counteract the use of heavy batteries.

While the Guardian speculates that the V-Vehicle may give clues as to the direction Apple may take with its own car, that may be stretching things. Six years is a long time ago, and clearly Apple’s car isn’t going to be gas-powered or low-cost. But a lightweight space-frame design in which the actual materials are celebrated rather than hidden? That much seems entirely possible. 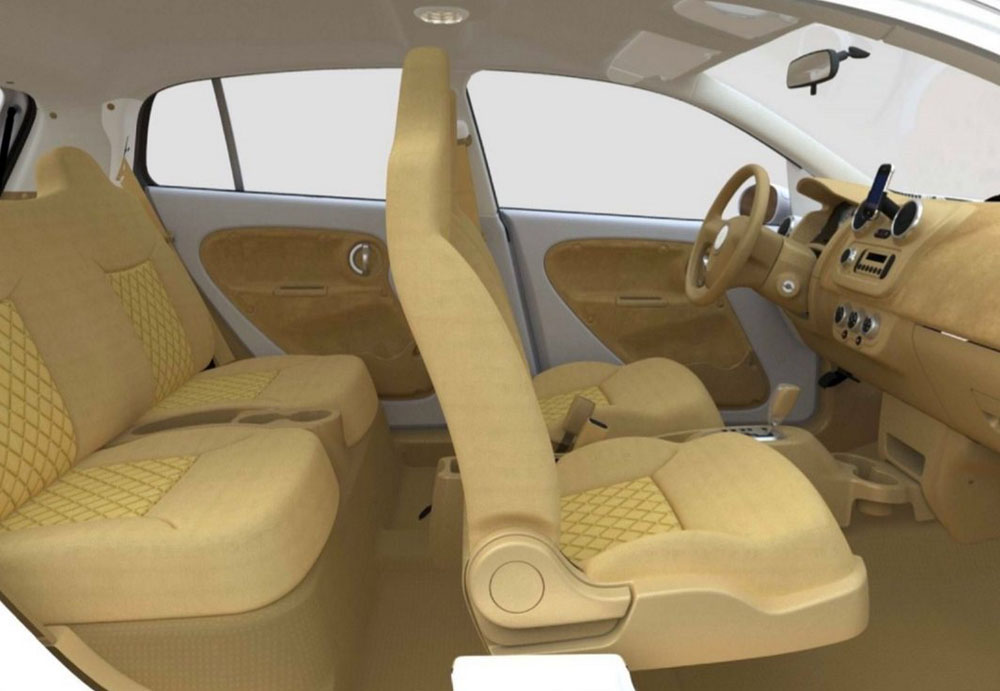