Report claims iMessage for Android to be announced at WWDC 2016 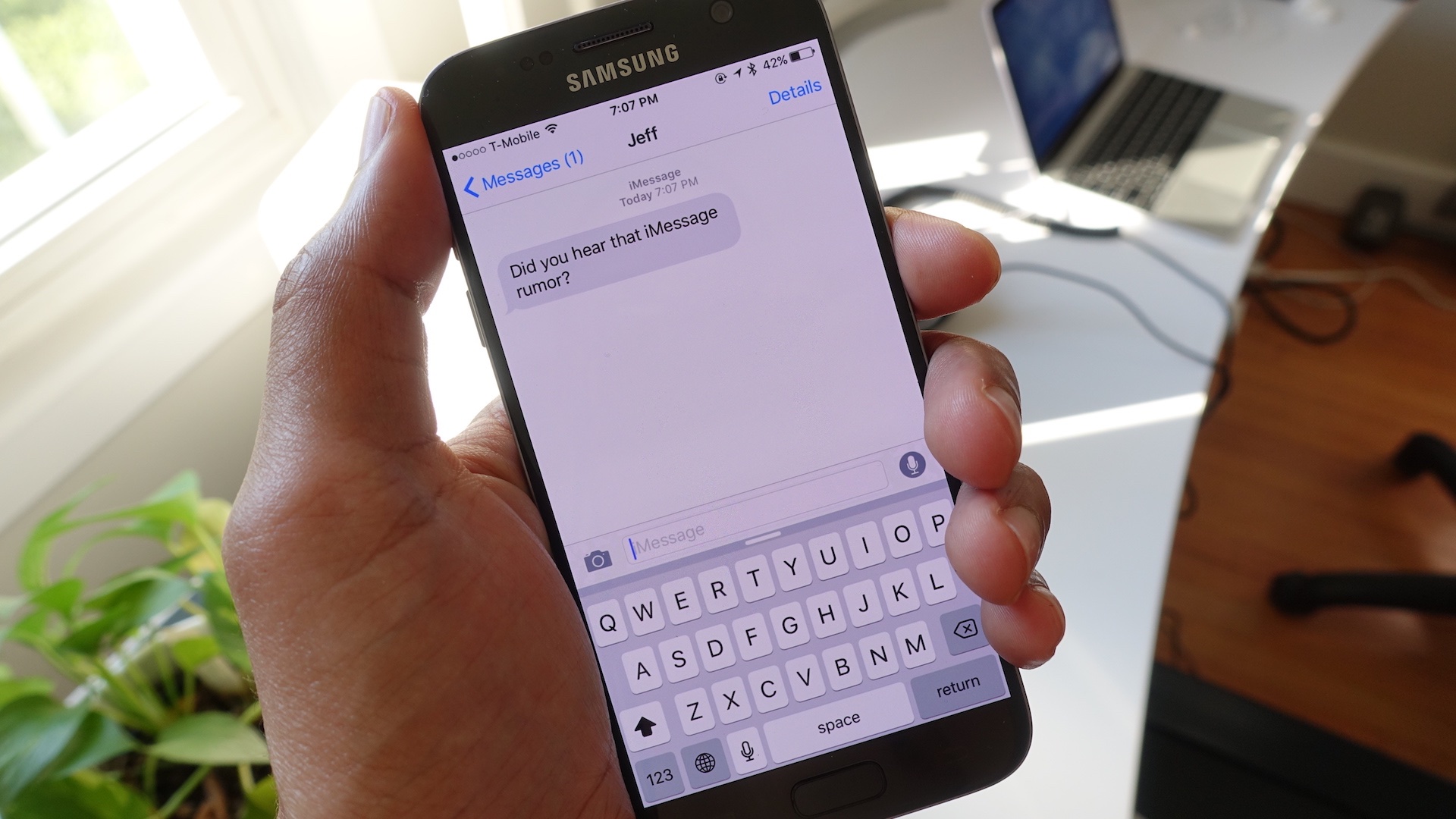 According to a report from MacDailyNews, Apple will announce that iMessage is coming to Android at Monday’s upcoming WWDC 2016 keynote.

Such an announcement, which MacDailyNews claims to have obtained from “a source familiar with the company’s thinking,” would go a long way towards making it easier for users to shift between the two competing platforms. But what would be Apple’s motivation for doing this?

As of now, iMessage is closed, and only those with Apple hardware can use it. iMessages can be sent between iPhones, iPads, Macs, and even the iPod touch. If this report is true, it would mark the first time that the service is opened up beyond Apple-branded hardware.

Needless to say, such an announcement would be a big change in strategy, as the lack of iMessage on competing platforms is one of the key areas that makes it difficult to switch from Apple hardware. I, personally, have toyed with the idea of trying Android, but the lack of iMessage makes switching much more difficult. I’m sure many people are in the same boat.

Google I/O was only three weeks ago, so it’s obvious that a cross-platform iMessage isn’t some sort of knee-jerk response to that announcement. More likely, if the report turns out to be true, iMessage for Android has been a while in the making.

Of course, this wouldn’t be the first Apple-developed app to land on Android. Late last year, Apple launched the Apple Music beta app for Android users, and prior to that it released a Move to iOS app for migrating from Android devices.

Back in February it was noted via John Gruber’s interview with Eddy Cue and Craig Federighi, that iMessage, at peak times, sees 200,000 messages being sent per second. Looking from the outside, it would seem that it would be in Apple’s best interest to keep such a popular service locked down to its own ecosystem.

But if Apple truly plans to open up iMessage beyond its own walls, then it probably has a fairly compelling reason for doing so. It’s a reason that we’ll likely learn more about next week.

Would you like to see iMessage come to Android? Vote in our poll and let us know.