Opinion: Could Apple adopt Amazon’s Scout model to give small developers a better shot at visibility? 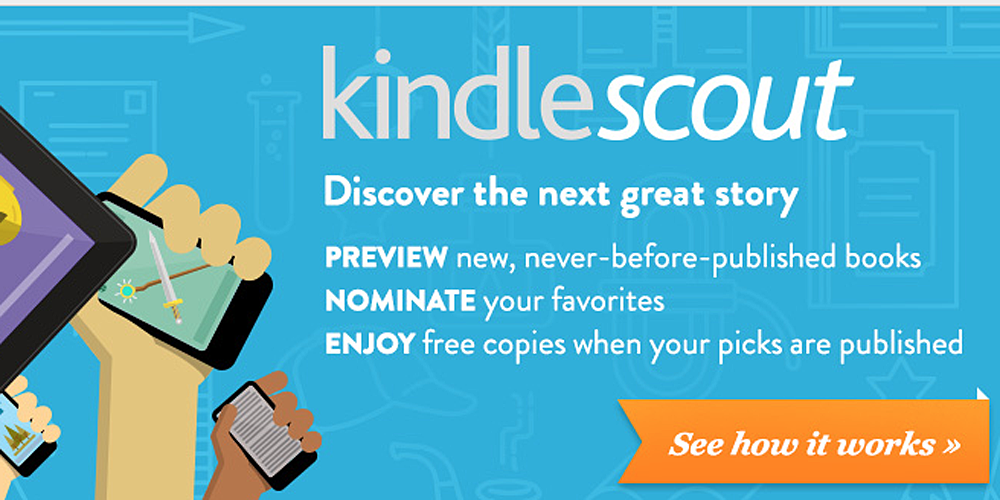 Novelists and app developers have a lot in common. An author puts a lot of work into writing a novel, but when it’s finally published it’s competing with millions of other books out there. Unless you’re a big-name writer, most people will never even get to know that yours exists.

You can try to be creative with your marketing. For example, I did a Kickstarter campaign for my first novel, 11/9, and included the opening scene of The Billion Dollar Heist at the end of it to drive sales through to that. But it’s impossible to compete with the big publishing houses.

The same is true of small-time app developers. Your app may be the greatest in the world, but it steps out into a world that already has around 1.5 million iOS apps and where nobody has ever heard of yours. And with Apple now allowing successful companies to buy even more App Store visibility through search result ads, it can only get tougher for the little guy.

Up until recently, there were only two ways you could get a book published. Pitching publishers directly is now almost pointless, as they rely on agents to filter through the manuscripts worth reading, so approach one is to try to find an agent for it, and then wait for them to find a publishing deal.

Agents get inundated with manuscripts, and accept only a handful of them each year. In my case, I was lucky and found an agent for 11/9 almost straight away, but a year later she still hadn’t found a publisher for it. (I later learned that this was because she’d only shown it to three, but that’s another story …)

Approach two is self-publishing. This is the direct equivalent of submitting an app to the App Store. iBooks, Amazon and so on need to approve it, and it then goes on sale. You get 70% of the retail price, but you won’t make many sales unless you can find an affordable way to promote it.

Which is why Amazon has created a third approach, called Kindle Scout. Authors submit books to Amazon, which does a very basic quality check, then adds them to the website. Readers vote for the books they would like to see published. Each Amazon customer can nominate up to three books per month. To pick an example completely at random, you could nominate my rom-com …

To keep it manageable, Amazon only allows submissions in the four most popular fiction genres. The books that get the most nominations are then looked at by commissioning editors at Amazon’s own publishing company, Kindle Press. If they like a book, they offer the author a publishing contract – but a very non-standard one. So let’s compare the three deals …

A normal publishing contract sees the author get a royalty somewhere in the 10-15% range. To make this more palatable, they offer an advance – a non-returnable upfront payment – which is typically a few thousand dollars. (Yeah, those million-dollar advances you hear about are for best-selling authors; the average first-time novel gets an advance of around $5000.)

Self-publishing gets you no upfront cash, but a royalty rate of 70%.

What Kindle Press offers is an in-between approach. You get $1500 upfront, then a 50% royalty. But because it’s published by Amazon, they do some marketing for it, so it ought to get a lot more visibility. You’re swapping 70% for 50%, but hopefully getting more cash.

The result should be a win-win for both authors and readers. Authors get a jump-start on visibility, and readers who nominate a book get a free advance copy if Amazon decides to publish it.

This is a model I think Apple could usefully adopt for apps. Instead of app developers shoving their app out into the wilderness and, in most cases, getting 70% of not-a-lot, they could submit it to an Apple scouting site. You and I nominate the apps we like, the best ones are published by Apple on a 50/50 profit-share – and if an app we nominate is selected, we get it free.

Amazon has clearly put a lot of thought into the way the system works, and I think Apple could learn from most of it. For example, it’s difficult to game the system because you need a valid Amazon account to vote. In Apple’s case, that would obviously be an Apple ID. (Sure, there are farms of these, so it’s not impossible to game, but it’s definitely non-trivial.)

Each person can only nominate three books a month, so you can’t just nominate everything in sight in the hope of getting the maximum number of free books – or apps, in Apple’s case.

And just because a book gets the highest number of votes, that doesn’t mean Amazon will offer the author a contract. There are real-life editors making the decision on the books they consider worth backing. Apple already offers human curation of the playlists in Apple Music, so knows the value of the human touch.

There is one complication, of course. For books, Amazon shows you a sample of around a chapter. Apple would need to give some thought to the best equivalent for apps. Because there’s human curation at the end, I think that a good description and a selection of screenshots would probably be enough – the human editor would make sure the app lived up to its promises.

An alternative would be to allow people to download time-limited trials, so they can actually see for themselves how the app performs, but I think that would be too frustrating. If you don’t like an app, you’ve wasted a fair bit of time; if you do like it, you’ll be annoyed when you lose the use of it at the end of the trial.

What do you think? If you’re an app developer, would you give this a go? And for everyone else, would you like to get a vote in determining those apps that get greater visibility on the App Store? As ever, please take our poll and share your thoughts in the comments. (Oh, and did I mention you can nominate my rom-com … ?)