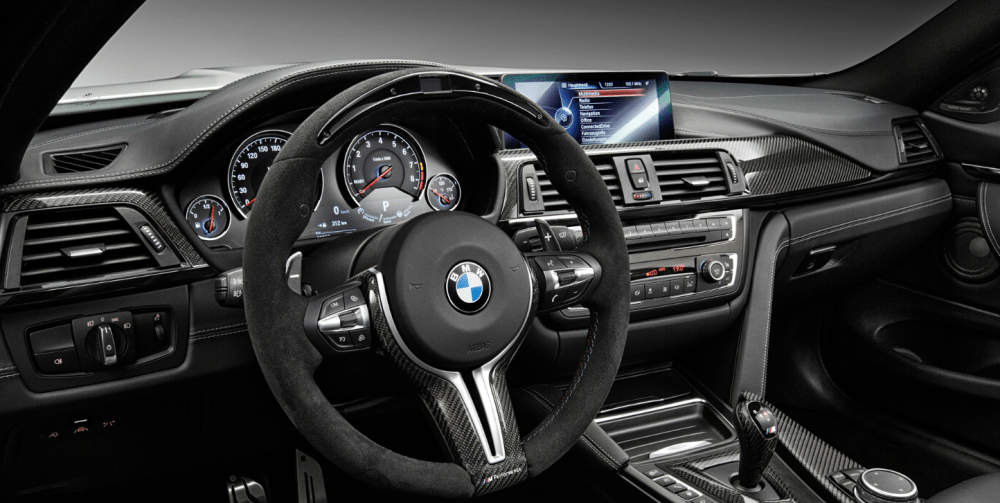 Earlier this year, a leaked pricing list indicated that BMW was set to bring CarPlay support to its X5 M and X6 M models this year, a first for the company. Now, BMW’s pricing list for the 2017 M3 and M4 have emerged, and it again lists CarPlay as an option for customers.

BMW has long resisted Apple’s in-car infotainment system, despite reports that the two companies had held talks regarding Apple’s electric car project. Now, however, BMW looks set to bring CarPlay to at least four models this year including the  X5 M and X6 M as reported earlier this year (via BimmerPost).

Today’s BMW pricing guide shows CarPlay as being a $300 option on the M3 Sedan, M4 Coupe, and M4 Convertible. Unlike the price guide that leaked last month, there are no mentions of wireless CarPlay in today’s. Wireless CarPlay was added in iOS 9, but no carmaker or aftermarket display currently supports it. The feature was quietly being demoed at CES earlier this year, but Apple reportedly was against Volkswagen demonstrating it.

It has been reported multiple times over the last year that Apple has held negotiations with BMW, Daimler, and others regarding its electric vehicle project. Those talks are said to have fallen apart over disagreements concerning data collection from vehicles, but a separate report claimed that Apple could use Magna for its Project Titan, which is an Austria-based vehicle manufacturer used by BMW.

BMW has yet to demo CarPlay in the M3, M4, X5 M, or X6 M, but price guides indicate that support for the feature is coming at long last. At this point, it seems unlikely that BMW will issue software updates for models older than 2017, unlike Ford which is rolling out CarPlay to 2016 models via a software update. Toyota, however, still appears to have no intention of adopting CarPlay at all.

Earlier this year, Apple unveiled a new webpage on which it lists ever major automobile manufacture that supports or plans to support CarPlay. BMW, however, has yet to be added to the page despite the indications that it will add support for the feature.