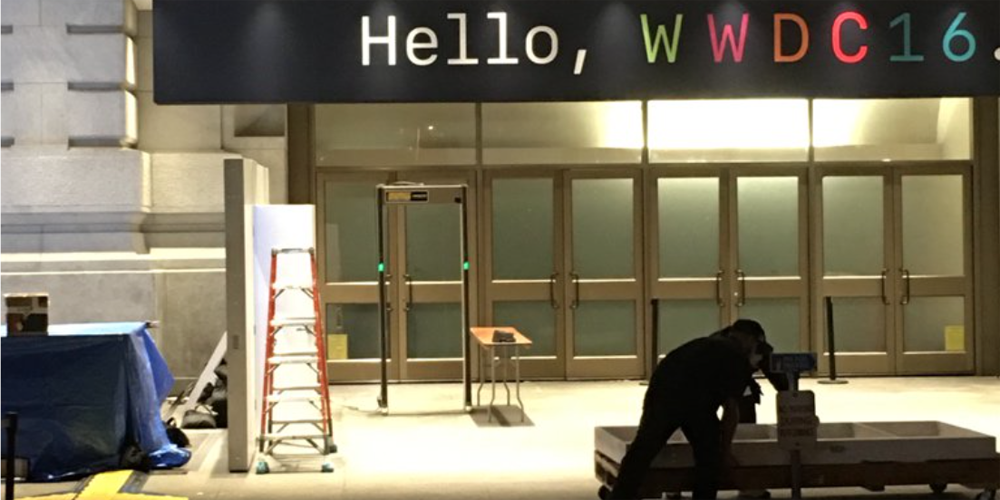 A tweeted photo suggests that Apple is installing metal detectors at the entrance to WWDC for the first time, as CEO Tim Cook tweeted a message in support of the victims and families of the Orlando shooting.

The additional security – a first for a WWDC event – is likely to be in response to the deadliest mass shooting in recent history, a gunman killing 49 people and injuring more than 50 others in a gay nightclub in Orlando over the weekend.

Terrorist group ISIS has called for attacks on the West during the Muslim festival of Ramadan.

Our hearts go out to the victims of the unspeakable tragedy in #Orlando, their families and all who grieve with them.

It seems possible that Cook will also express sympathy toward the victims and their loved ones in the keynote address later today.

Thoughts and prayers for all dealing with tragedy in #Orlando today

End hatred. Stop violence. I pray for peace for brothers and sisters in Florida who are the latest mass victims of both in the US.