Earlier this week during its WWDC keynote, Apple added highly-requested support for lyrics to the Music app in iOS 10. While lyrics support wasn’t immediately live when the first beta was released on Monday, it has gradually been rolling out since then to various songs and artists.

While I welcome lyrics support with open arms, Apple’s implementation of it is very basic. To access lyrics, you simply swipe from the bottom of the Now Playing screen. Lyrics are presented in plain text and there’s no option to annotate them or easily share them. Personally, I think there are a fews ways in which Apple could have done a lot more to improve the lyrics experience.

For instance, look at an app and website like Genius. Genius offers a community-run lyrics annotation service that allows users to dive deeper into the meaning behind the lyrics of a song. Over the past year or so, Genius has become one of my most used apps and most visited websites. Being able to delve into the meanings of songs, even if I’ve already developed my own meaning in my head, is really interesting to me.

While there are certainly occasions when I look up lyrics simply to sing along to the song or figure out what the singer is saying, most of the time it’s too see line-by-line breakdowns of the meaning of the lyrics, which Genius offers.

Like I said, I’m certainly glad Apple implemented lyrics support into Apple Music, but what I really want is something like Genius implemented right into the Music app. I know that’s a tall-order, but it’s something that Apple could, especially if it partnered with an existing service.

Look at Spotify, for example. Earlier this year, Spotify announced a partnership with Genius for something it calls “Behind the Lyrics.” Essentially what Behind the Lyrics does is pull in content from Genius and artists themselves that goes into more depth regarding meaning, inspiration, and much more. In my opinion, Genius integration is one of the ways in which Spotify excels.

There are a couple of ways in which Apple could implement annotation support. The easiest way, and what I would prefer, is for Apple to simply partner with Genius for the feature. Genius has already built up a huge collection of annotated songs and partnering with Apple would dramatically increase their reach. Users would have direct access from within the Music app to all Genius lyrics and their accompanying annotations.

Apple could also build the functionality itself. As we’ve seen in the past though, Apple’s not the best when it comes to building out social services. Should Apple build annotation support from the ground up, then it would have to rely on users to annotate lyrics and it would have to monitor annotations itself.

Beyond annotation, there’s more that can be done with lyrics. For instance, an an app SoundHound, who’s main purpose is to identify songs that you can’t remember the name of, offers real-time scrolling lyrics. Essentially, this turns your iPhone or iPad into a on-the-go karaoke machine. This is something that Apple could easily integrate into its own Music app. 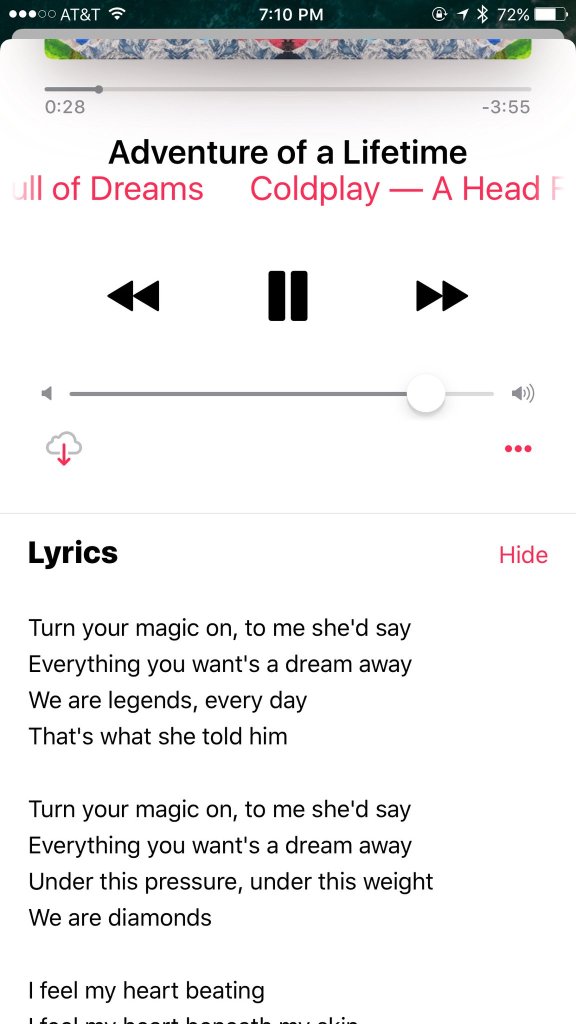 Another thing that I would like to see added to lyrics support is the ability to easily share them. Currently, if you find a lyric that you like and want to share it to Twitter or via Messages or another service, you have to copy it and then paste it to wherever you want to share it. With built-in sharing, however, you could easily use the iOS share sheet to send a line to whatever service you wanted.

Ultimately, support for lyrics in the Music app is definitely welcomed with iOS 10, but there’s a lot more that could be done. Annotation, karaoke-like scrolling, and improved sharing are the three ways in which I would like to see lyrics in iOS enhanced. What do you think? If Apple were to integrate Genius or Genius-like functionality into the iOS Music app, would you use it? Choose your option in the poll below and back up your reasoning in the comments.