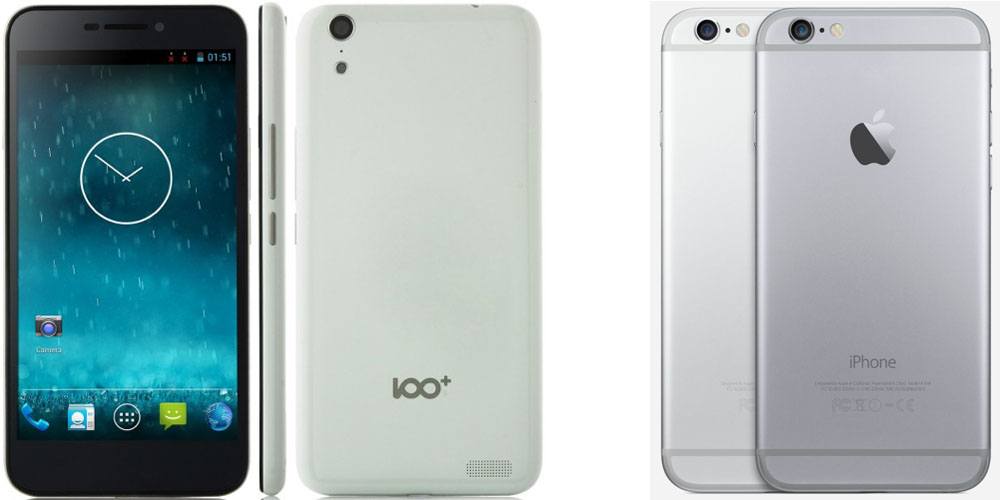 iPhone 6 and iPhone 6 Plus as well as iPhone 6s, iPhone 6s Plus and iPhone SE models are all available for sale today in China. We appealed an administrative order from a regional patent tribunal in Beijing last month and as a result the order has been stayed pending review by the Beijing IP Court.

Bloomberg reports a Beijing Intellectual Property Office ruling that the iPhone 6 and 6 Plus violate the design patent of a Chinese phone, and that Apple must cease sales of both models within the city.

The iPhone 6 and iPhone 6 Plus infringe on Shenzhen Baili’s patent rights because of similarities to its 100C phone, the Beijing Intellectual Property Office wrote in its decision. Apple, whose iconic gadgets helped define the modern smartphone industry, didn’t respond to requests for comment.

Bizarre intellectual property rulings are not unusual in China – witness Apple losing the exclusive right to the iPhone trademark there last month – but this one does appear to set a new record, as the iPhone 6 looks nothing like the Baili 100C …

Patently Apple reports that Apple has already filed a lawsuit calling for the ruling to be annulled. Bird and Bird partner and IP specialist Ted Chwu said that Apple has a number of legal options open to it.

“If the position by the Beijing IP office is upheld and Apple doesn’t appeal further, then in theory they wouldn’t be able to sell the iPhone 6 and iPhone 6 Plus,” he said, [but noted that] Apple can try to stave off a sales ban by appealing in several venues, including the Beijing Higher People’s Court and the Supreme People’s Court.

The claim is likely an attempt to achieve a financial settlement with Apple. Although there would appear to be no valid basis for the claim, Apple does sometimes settle disputes rather than go through protracted legal proceedings.

The ruling comes at a time when iPhone sales are already down, and Chinese brands have big ambitions. Apple has a somewhat uneasy relationship with the Chinese government, which sometimes acts without warning.

This particular ruling currently applies only within Beijing, a city of some 22M people, but could set a precedent for the rest of the country if not overturned. It seems hard to imagine that it won’t be quashed by a court, but nothing is ever certain with China.