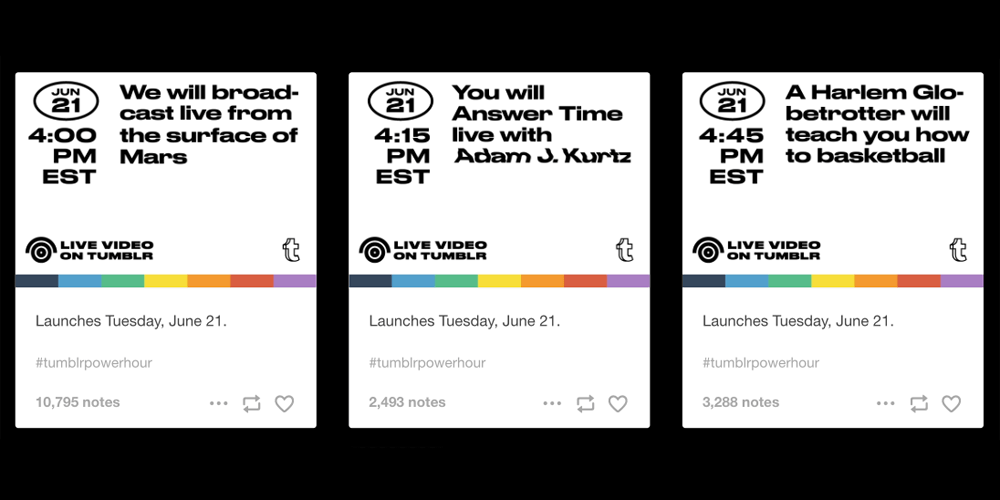 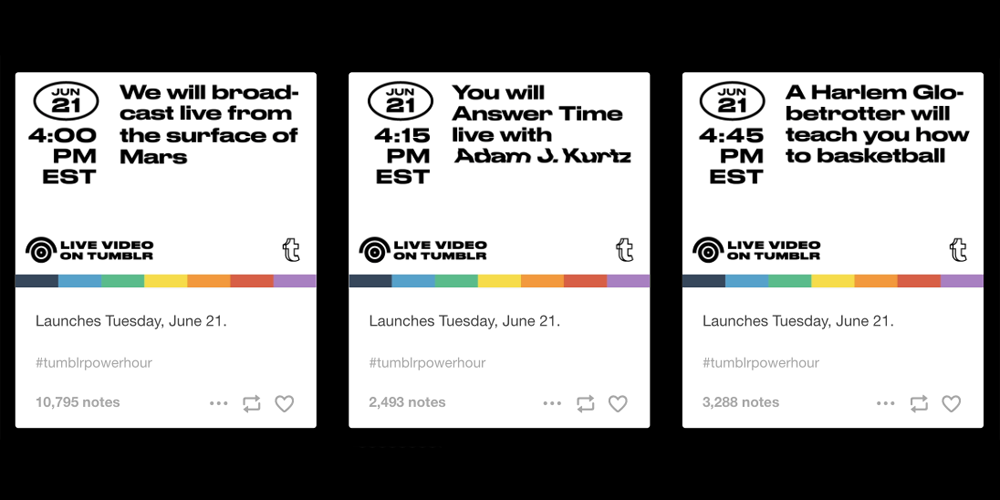 A webpage discovered by a tech consultant and confirmed as official by TechCrunch indicates that Tumblr is planning its own Periscope-style live video platform later today.

Tumblr has yet to formally announce any official details about its forthcoming live video offering [but] we’ve confirmed with sources that these are ads from Tumblr itself designed to promote the live video launch.

The page has a schedule of content for the launch, including a live broadcast from the surface of Mars and the more cryptic ‘we will inflate a very big thing in a very small room.’ The event is scheduled to kick off at 4pm ET/1pm PT.