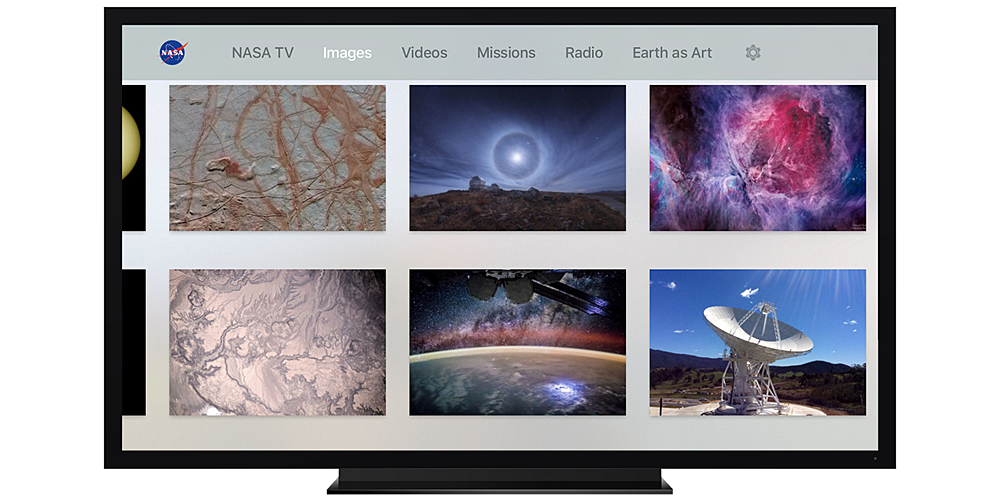 Space fans with 4th-gen Apple TVs are in for a treat, as NASA has released its popular app on the platform. It was already available for iOS, Android and Fire OS, but this is the first time you’ve been able to access it directly on your Apple TV.

You get live streaming NASA TV, including a real-time view of the Earth from the International Space Station, as well as on-demand access to over 10,000 NASA videos and more than 15,000 photos, either individually or as a slideshow.

If you want to get more closely involved, the app has that covered too …

You can track satellites on your choice of 2D and 3D maps, as well as see when the ISS and satellites pass will overhead at your location. The app also provides details of current and future NASA missions, and if you want to plan a trip to a NASA visitor center, you’ll find maps and full details.

You can download the app from the App Store on Apple TV. The iPhone and iPad app can be downloaded from iTunes.