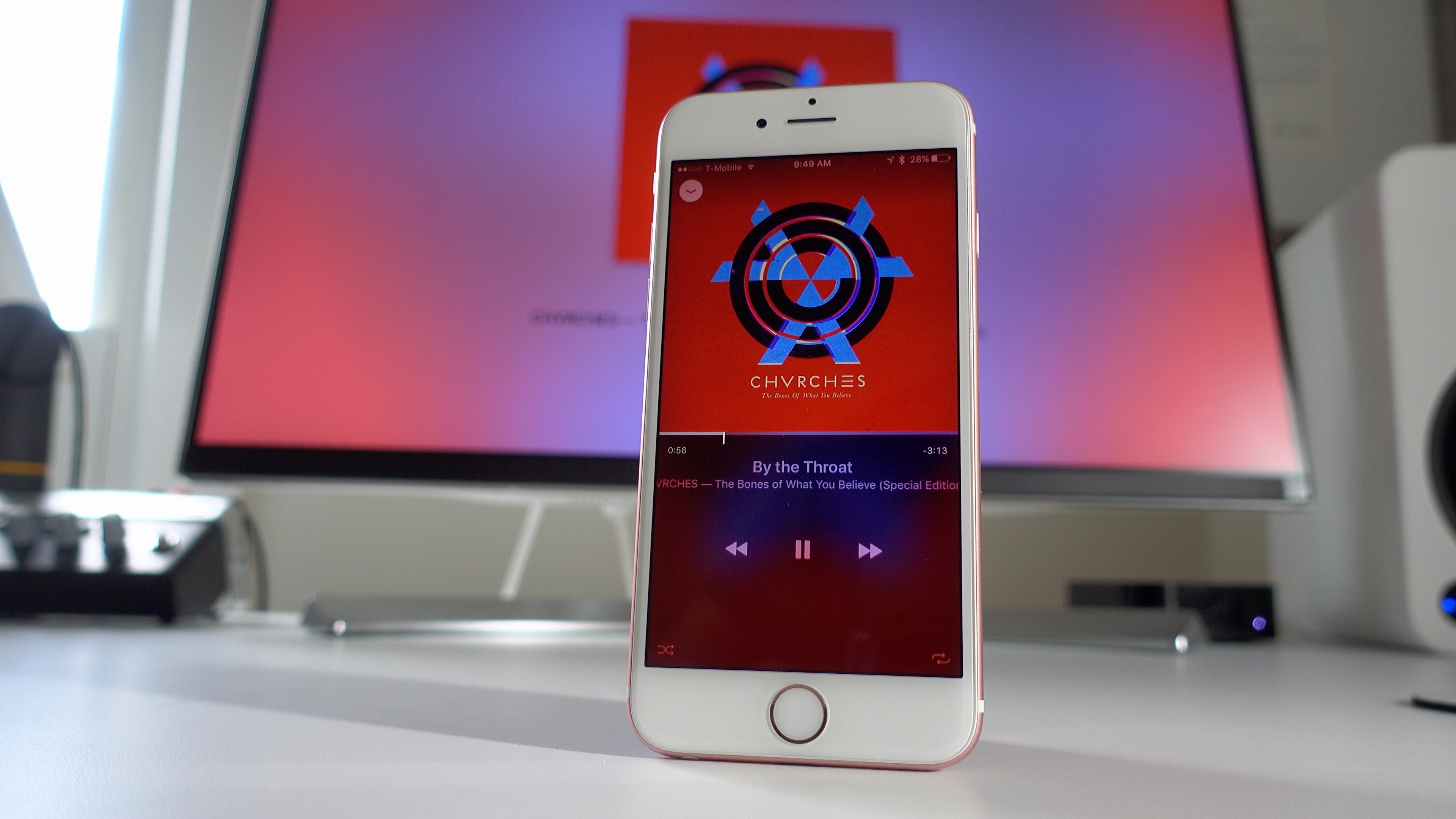 The new Apple TV Remote app, which Apple TV owners have been expecting since Eddy Cue acknowledged its development, is now available for testing. Available directly as an IPA installable via iTunes, the Apple TV Remote app can be accessed by registered Apple developers.

The Remote app has been designed to, as Apple states in its release notes, bring the “best of the Siri Remote” to iOS devices. Not only will the Remote app allow users to easily navigate the Apple TV interface, it can also be used as a controller to control basic games.

How well does the new Apple TV Remote app work? Have a look at our hands-on video walkthrough to see it in action.

If you’re an Apple developer, you can head over to Apple’s developer page right now to download the Apple TV Remote IPA. The IPA will allow you to install the app directly to your iPhone via iTunes. The Remote app requires an iPhone running iOS 9.3.2 or later, and a 4th generation Apple TV running tvOS 9.2.1 or later.

Once the app is installed on your iPhone, you’ll need to pair it with your Apple TV. Pairing requires that both the Apple TV and the iPhone be connected to the same Wi-Fi network.

To pair, simply launch the Apple TV Remote app, and it should automatically detect any 4th-generation Apple TV’s on your network.

As initially highlighted by Greg, the new Apple TV remote app makes the following features possible via an iOS device:

Of course, much of this functionality is already available with the hardware version of the Siri Remote, but both remotes have their own distinct advantages and disadvantages.

The main advantage of the hardware remote is its tactile feedback. That’s something that simply can’t be replicated with software touch gestures running on an iPhone or iPad. It’s a fact that makes the physical Siri Remote better for gaming, although both solutions generally pale in comparison to a dedicated hardware controller. Speaking of which, Apple has removed the onerous restriction requiring developers to support the Siri Remote in games.

One distinct disadvantage that you’ll find when using the software Remote app is the lack of volume buttons. Unlike the physical Siri Remote, the Remote app lacks volume controls for controlling the volume of your TV, receiver or Bluetooth speakers. Depending on your current Apple TV setup, this could be viewed as a significant disadvantage when compared to the physical Siri Remote. 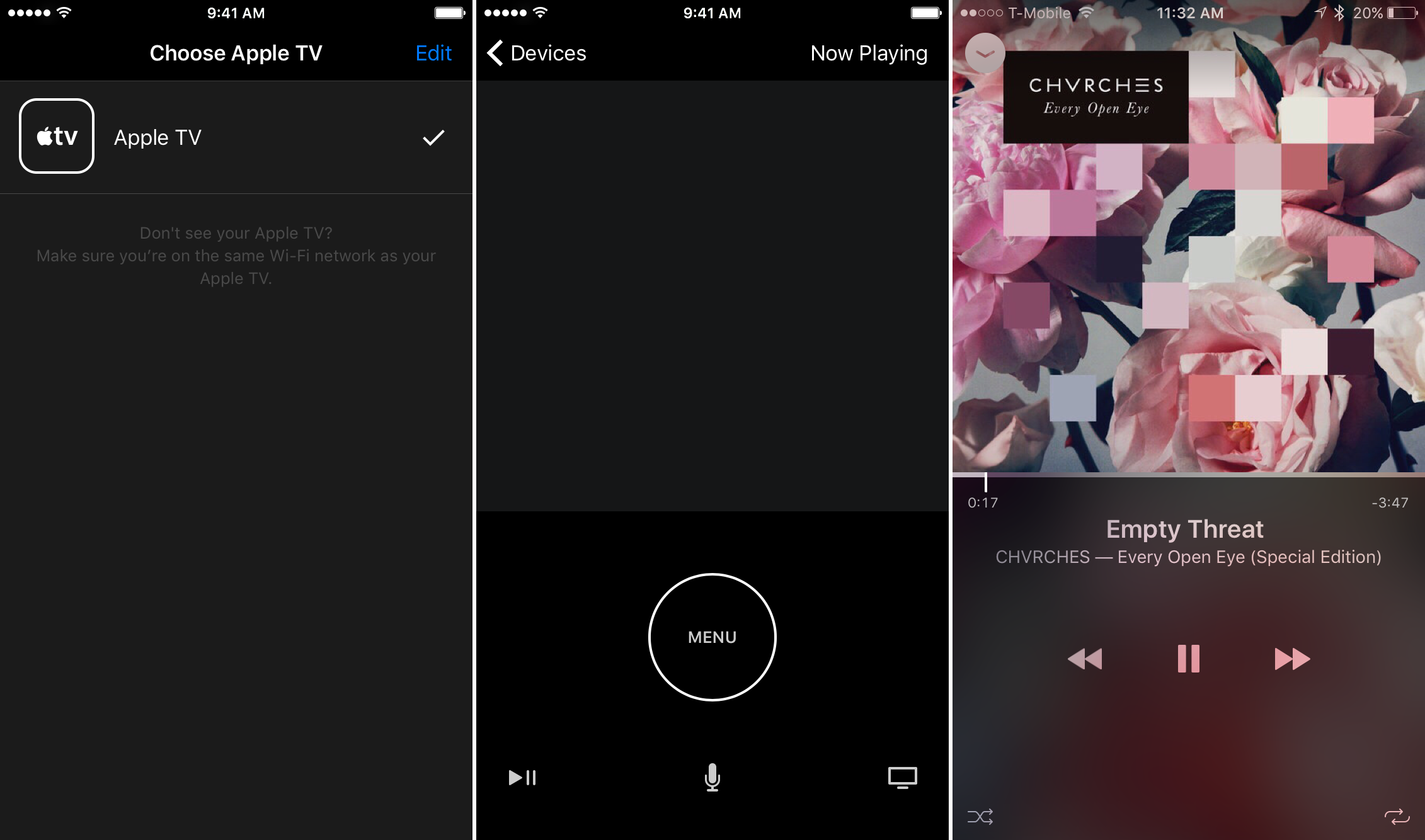 That’s not to say that the Remote app has no advantages, because it clearly does. One of the primary advantages is its ability to change depending on context. The most obvious application of such flexibility is when utilizing the software keyboard within the Remote app to input text on screen.

The Remote app also features a “Game Mode”, which allows you to control basic games and, as noted in the release notes, the software remote can take advantage of the accelerometer and gyroscope in your iOS device to allow for motion controls in games. 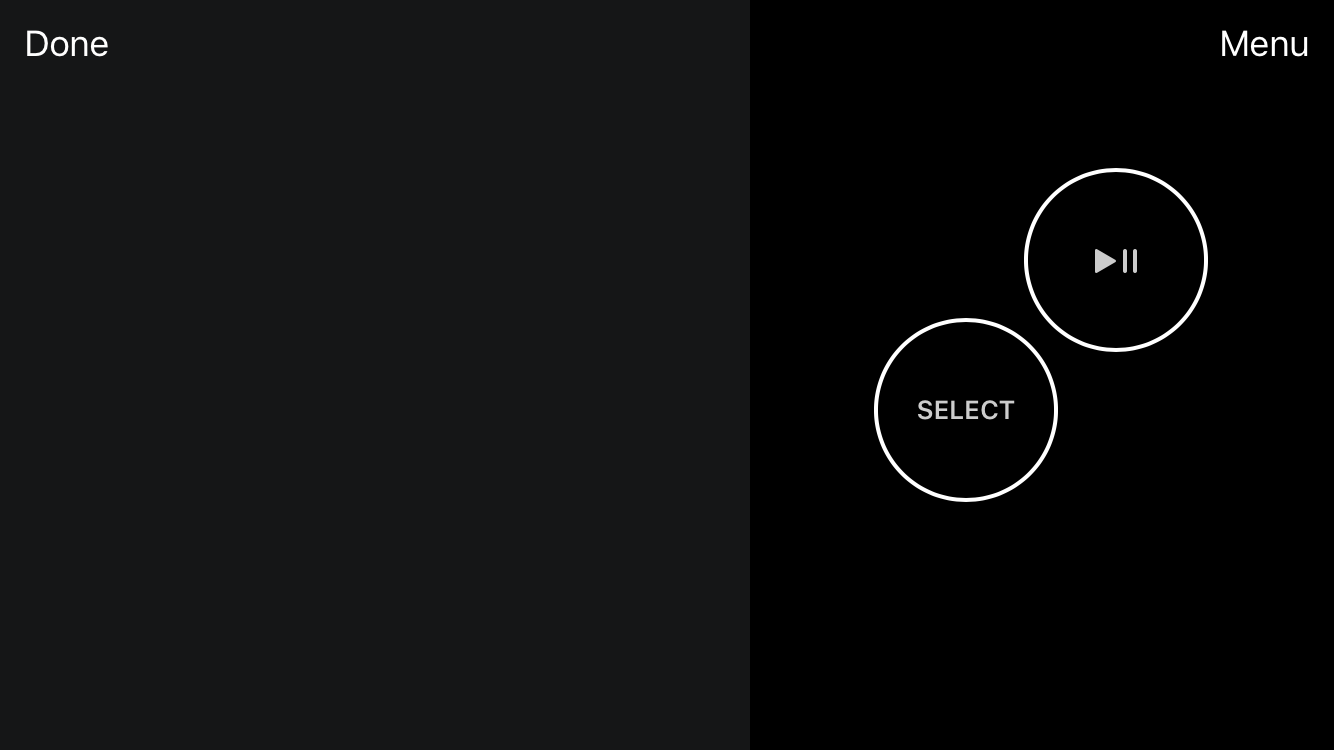 Users can also access a Now Playing screen to see what’s currently playing on the Apple TV. The Now Playing interface lends access to a timeline scrubber for scrubbing through music or video content along with other contextual controls based on what’s being played.

The 4th-generation Apple TV Remote app is a major improvement over Apple’s previous Remote app. It does a great job of bringing most of the features from the physical Siri Remote to iPhones and iPads. It’s not perfect — it obviously doesn’t compete with the physical Remote when it comes to tactile feedback, and lacks volume control (and the initial beta doesn’t have a dedicated iPad version) — but it’s miles better than the app it replaces, and has lots of growth potential.