With iOS 10, ‘Hey Siri’ intelligently activates on just one nearby device at a time [Video] 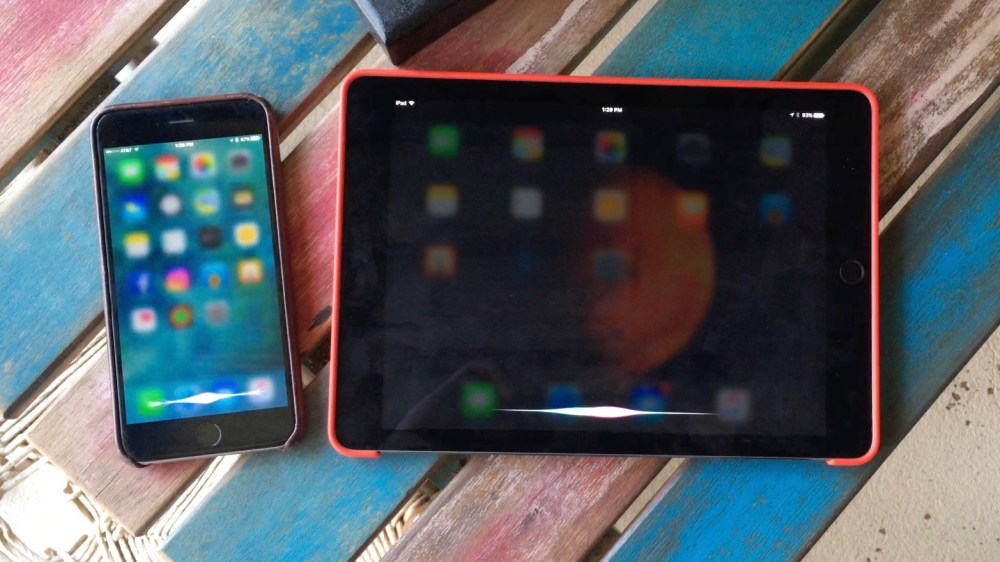 Apple is bringing some clever intelligence for Siri with iOS 10, in addition to the publicly-announced features like third-party app integration. Thanks to a reader tip, we’ve discovered a clever enhancement for Siri on iPhones and iPads running iOS 10. When using ‘Hey Siri’ voice activation in a room with multiple nearby devices, only one device will respond. For example, with iOS 10 installed, an iPhone 6s is smart enough to stop listening for voice input if an iPad Pro is also listening.

Although both devices initially wake up, once one starts recognizing voice input, it appears to send a message to other nearby devices to cancel out the operation. This means that only one device keeps listening and prevents the naive havoc that happened on iOS 9, where all devices would try to answer the ‘Hey Siri’ question causing a confusing cacophony of sound from every nearby iPhone and iPad. You can see an example of this behavior in the video after the jump …

This is a big usability improvement and something that Apple did not mention on stage at WWDC although it appears to be tied to just Siri on iPhones and iPads for now. Trying to repeat the process with an Apple Watch does not work — multiple devices respond. Obviously, macOS Sierra is also exempt as it does not include hands-free ‘Hey Siri’ functionality.

It’s clever technology: the visible animation shows that both iOS devices are listening for voice all the time but one knows to stop and let just one device take the lead. This all happens very quickly too, the Siri overlay appears on the secondary device for a fraction of second before disappearing. Watch the video below for a visual demo of this in action, produced by fellow colleague Zac Hall.

It isn’t apparent how this whole thing works … leaving many questions about implementation. How does the iPad tell the iPhone to stop processing voice and cancel Siri? Is it using Bluetooth or Wi-Fi? What decides which device wins and answers the query?

In our testing, there was a strong precedence for the iPad being the dominant device with the iPhone being the device to be cancelled. Speculating, perhaps the iPad is simply faster at processing voice (thanks to the beefier A9X chip) which means it is also faster to signal cancellation on other nearby Apple devices. By letting all devices listen and cancel early, Apple retains the responsiveness of Siri answering whilst also adding the new convenience feature.

Apple does not appear to have mentioned this change explicitly anywhere in its iOS 10 documentation so there is a chance it doesn’t stick through to iOS 10’s final release in the fall. It is definitely working in the betas however and enables a significantly better experience using ‘Hey Siri’ for customers that own multiple iPhones and iPads.