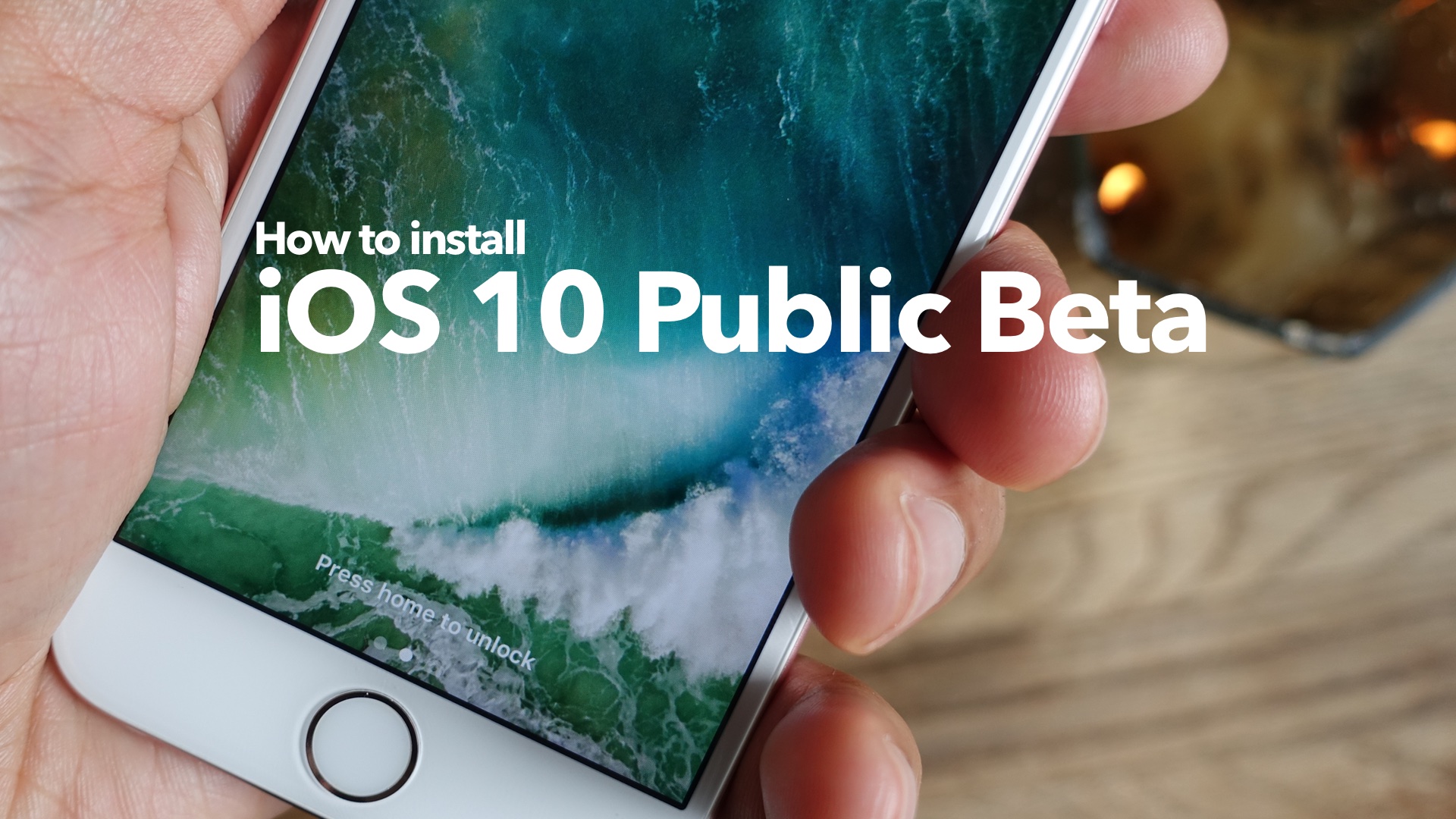 As we reported earlier today, the iOS 10 public beta has been released for all interested in having an early hands-on look at iOS 10. Anyone can install the public beta, not just registered Apple developers. Accessing and installing the beta is a fairly straightforward process, but we’re here to walk you through the process step-by-step.

Will my device work with the iOS 10 Public Beta?

Not every iOS device will work with iOS 10. The following is a list of all supported devices:

Note: Apple recommends that you use iTunes to back up your device and then perform an archive of that backup for safe keeping. Remember that you will be using in-development software, so if possible, it’s recommended that you install on a secondary device.

Step 1: From your iOS device, use Safari to visit Apple’s public beta website.

Step 3: Sign in to the Apple Beta Program with your Apple ID.

Step 4: Tap the Accept button in the bottom right-hand corner of the Agreement page.

You will now be taken to the profile area of the stock Settings app.

Step 8: On the Install Profile page, tap Install in the upper right-hand corner.

Step 10: Tap the Install button at the bottom of the page.

Your device will now reboot with the iOS 10 public beta profile installed.

Step 12: Once you device reboots, go to Settings → General → Software Update and you should see Checking for Update.

Step 14: Tap Agree in the bottom right-hand corner of the Terms and Conditions page. This will begin the download process.

Step 15: Once the download is complete, tap Install Now to begin the install.

That might look like a lengthy process, but it’s actually pretty quick. Most of the steps involve multiple taps to confirm the update. In all, the update will take about 20 minutes or so from start to finish.

iOS 10 Beta 2 is the same build as the iOS 10 Developer Preview Seed 2 build sent to developers earlier this week. As such, there are lots of new features for public beta testers to become familiar with.

Here’s just three of our videos showcasing over 150 new changes and features in total.

Are you planning on updating to the iOS 10 public beta?