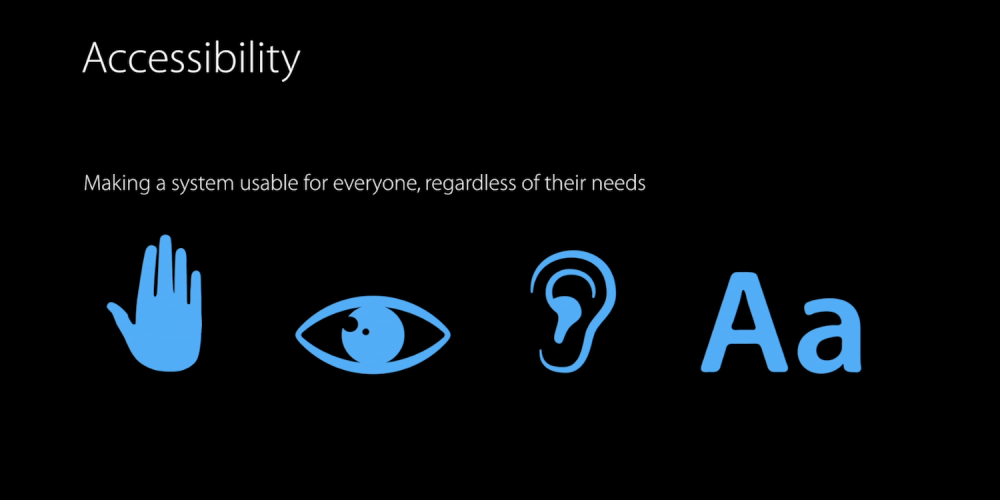 Apple has always been vocal about its commitment to accessibility features for its products, and now a member of the company’s accessibility design and quality team is speaking up on just how committed Apple is. A new profile from Mashable details Jordyn Castor, a 22-year-old, blind engineer.

Castor has been blind since birth, a result of being born 15 weeks early, but she hasn’t let that hold her back. She attended Michigan State University and first was given an internship at Apple after speaking to representatives at a job fair. After her internship was up, she was hired as a full-time employee.

Castor told Apple reps how amazed she was by the iPad she received as a gift for her 17th birthday just a few years earlier. It raised her passion for tech to another level — mainly due to the iPad’s immediate accessibility.

“Everything just worked and was accessible just right out of the box,” Castor tells Mashable. “That was something I had never experienced before.”

As her internship came to a close, Castor’s skills as an engineer and advocate for tech accessibility were too commanding to let go. She was hired full-time as an engineer on the accessibility design and quality team — a group of people Castor describes as “passionate” and “dedicated.”

Sarah Herrlinger, senior manager for global accessibility at Apple, explained to Mashable that it has always been important to the company that accessibility features are free and built-in.

“[These features] show up on your device, regardless of if you are someone who needs them,” Herrlinger tells Mashable. “By being built-in, they are also free. Historically, for the blind and visually impaired community, there are additional things you have to buy or things that you have to do to be able to use technology.”

Herrlinger also explained that it’s important to have a good team working on accessibility features because “accessibility is something that is never-ending.” For her part, Castor calls Apple’s accessibility team “passionate” and “dedicated,” noting that it’s “incredible” for her to be “directly impacting the lives of the blind community.” Castor also played a big role in making Apple’s Swift Playgrounds app was accessibility friendly.

One instance of Apple’s deep commitment to accessibility comes with watchOS 3. Herrlinger explained that a person who sees can easily look down at the watch and tell the time, but a person with vision impairment has to use VoiceOver. To combat this, Apple developed a feature that tells time through vibrations, and it’s coming with watchOS 3.

Apple has been praised for its accessibility efforts in the past. The National Federation of the Blind said two years ago that “Apple has done more for accessibility than any other company.”

You can read the full profile of Jordyn Castor on Mashable.

Proud of our talented team dedicated to providing #accessibility for all users https://t.co/rhDF5ks094