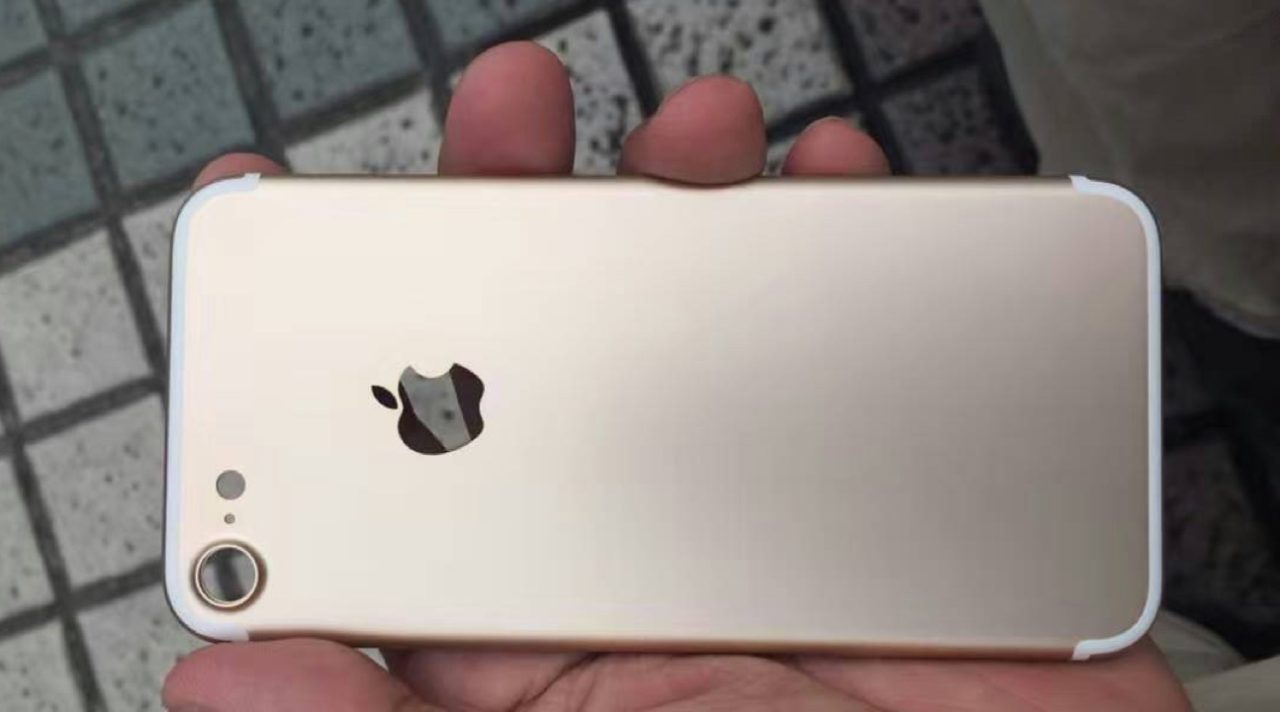 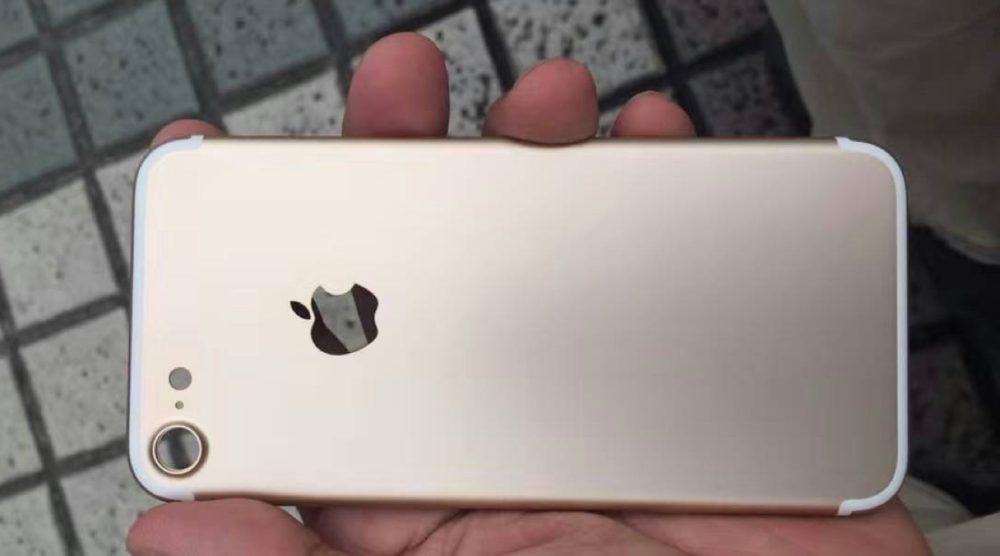 About eight weeks away from the next iPhone debut, widely dubbed the iPhone 7, it seems like we have a pretty clear idea about what to expect: similar design to iPhone 6s, revamped cameras, upgraded internals, removal of the 3.5mm headphone jack. Although it doesn’t show anything we haven’t seen before (via NowhereElse.FR), a new high-quality photo of the iPhone 7 has surfaced that gives us the clearest image yet of what the back device will look like …

The image clearly depicts a 4.7 inch iPhone 7 back casing. The most obvious change is the redesigned antenna lines. Rather than extending lengthways across the main body of the phone like the current iPhone 6s, the iPhone 7 antenna lines are sleeker and smaller. As shown in the picture, the white antenna lines are only visible at the top and bottom edges of the device.

The photo also highlights the camera changes Apple is expected to unveil. The 4.7 inch iPhone 7 includes a substantially larger camera hole, about 25% wider in diameter compared to the iPhone 6/iPhone 6s. This will mean a camera quality upgrade of some kind although exact details are scarce. The megapixel count is not necessarily going to increase. 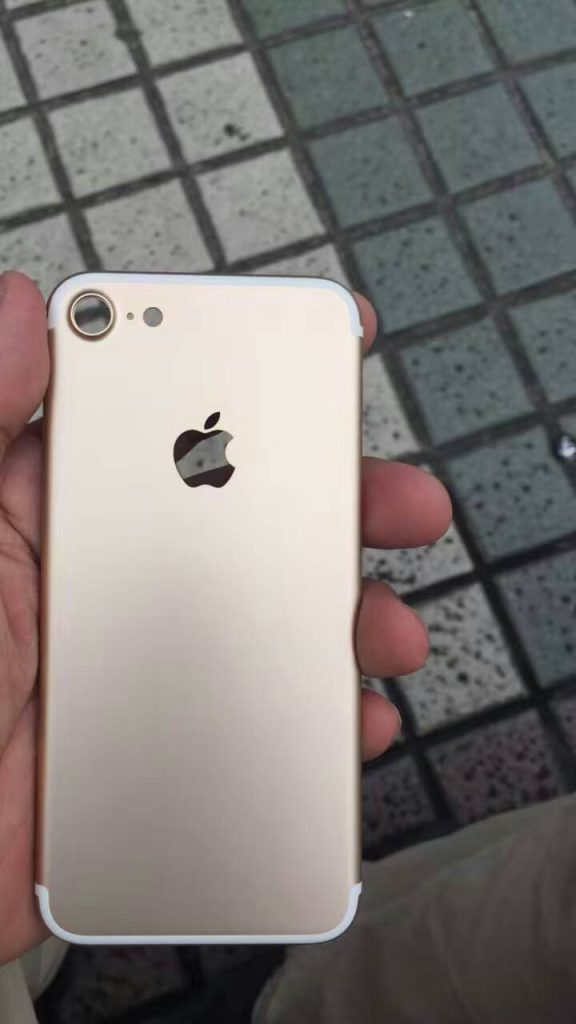 Apple may opt to keep the megapixel the same whilst letting the sensors take in much more light to achieve better end photos. The 5.5 inch iPhone 7 Plus is rumored to feature a dual-camera component system which will take even better photos thanks to the larger sensors. One rumor indicated that the Plus’ dual-cameras are a set of twin 12 megapixel sensors.

Aside from what can be seen in the latest photo leaks, there have been a cavalcade of other rumors with changes and new features for the iPhone 7. Most controversial of those is the removal of the headphone jack; Apple will instead rely on Lightning cable headphones or Bluetooth wireless headphones for audio output. Instead of a 3.5mm jack, users will find an additional speaker grille present on the bottom side of the product.

There have also been many rumors about a new Home Button, Apple is expected to drop the physical click button in favor of a capacitive touch-sensitive area. This will make the button flush with the rest of thee bezel and remove a common point of failure for iPhone repairs: the Home Button fails a lot. Apple could use its Taptic Engine to simulate physical presses, in a similar vein to the workings of the Force Touch Trackpad.

It also removes another hole from the chassis which ties in to another rumor that the iPhone 7 will be waterproof and dust-proof for additional resilience. By removing openings like the headphone jack and Home Button, it’s easier for Apple to fully seal the device from the outside world. With competitors offering waterproofed products for a couple of years now, it makes sense that Apple would join in … without sacrificing the visual beauty and simplicity of the iPhone design.

For the 5.5 inch model, there have also been rumors of a new Smart Connector on the back side of the device. There has been many reports going back and forward on this point, although case manufacturers seem confident: many leaked iPhone 7 Plus cases have holes to let the 3-pin connector be exposed. It’s still unclear what functionality the Smart Connector would provide, perhaps related to ‘wireless’ charging of some kind.

As ever, the new iPhone will feature internal upgrades such as a new processor and graphics chip, likely dubbed the Apple A10. There have also been several signs indicating that this year Apple will drop 16 GB storage from the lineup, with the new base model starting at 32 GB. Three SKUs would still be on offer, with 32/128/256 GB storage configurations.

The iPhone 7 and iPhone 7 Plus is set to debut at a media event in September, following the usual Apple product cycle. This will be confirmed by Apple press invitations sent out a couple of weeks before, likely in late August.