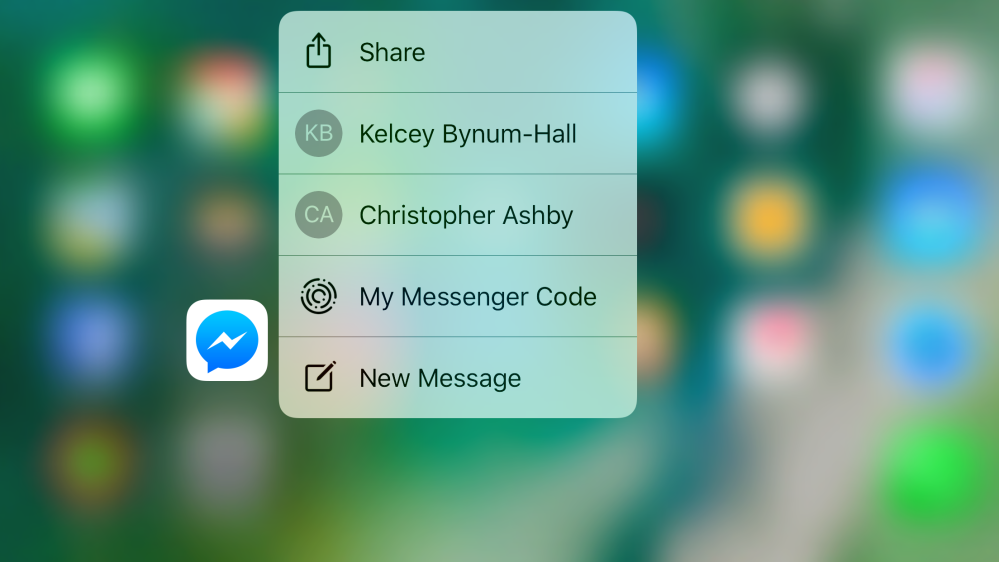 Facebook Messenger has had 3D Touch support for Quick Actions from the app icon since December, and today the app has updated to expand 3D Touch features inside the app. Using the latest flagship iPhones (iPhone 6s and iPhone 6s Plus currently), Facebook users can Peek and Pop inside Messenger to quickly preview and access information using the pressure-sensitive display feature.

Messenger specifically highlights 3D Touch capabilities in these areas: contacts, conversations, photos, videos, stickers, links and locations. To get a better sense of where 3D Touch works in Facebook Messenger, just try pressing the display firmly throughout various parts of the app.

The Peek gesture lets you preview information with a firm press, then the Pop gesture opens it fully with a deeper press. You can also swipe up after a Peek to access more shortcut actions otherwise not available without more interactions.

The latest update to Facebook Messenger also includes a layout fix for users testing iOS 10 beta. Previously a margin issue blocked the top most conversation from view and today’s release resolves that behavior.

Facebook also recently announced encrypted conversations will be coming to Messenger. Facebook Messenger is available for free on the App Store.