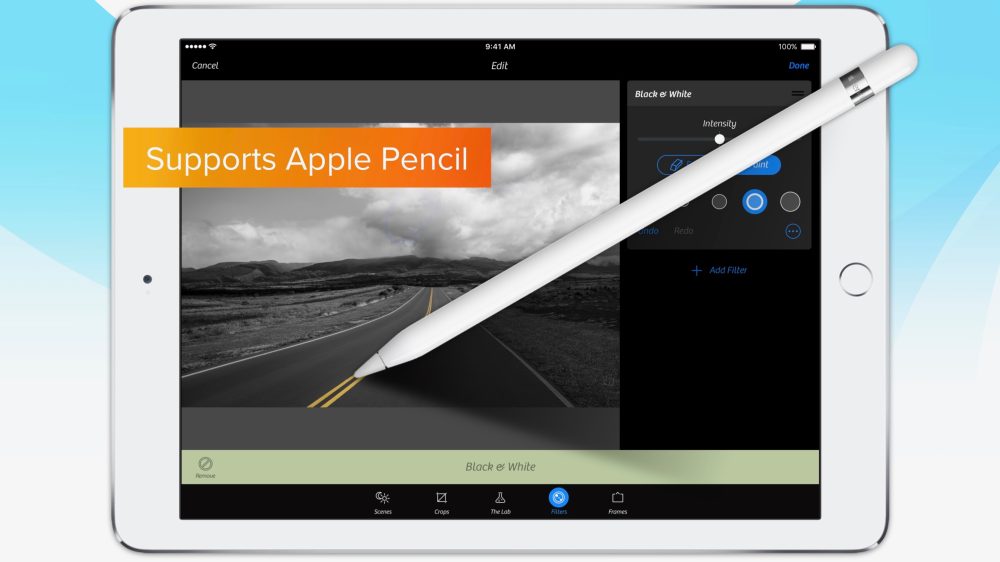 If you want manual controls and advanced shooting features from your iPhone camera, Tap tap tap’s Camera+ is a popular solution for a lot of iPhone photographers. But Camera+ for iPad hasn’t received an update in two and a half years even though iPad cameras have actually caught up with iPhone cameras in some cases.

That changes today: Camera+ 2 for iPad is out now with a modern interface that replaces the iOS 6 era UI that came before it. Camera+ 2 for iPad also delivers ‘The Lab’, which is Tap tap tap’s professional photo editing suite included in the app.

iPad may not be your primary shooter, but it can be an excellent camera when you need to capture a shot and you’re already using it. Plus the massive viewfinder helps you frame up your shot in full size before you snap your photo. Just be discreet and everyone should be happy.

Camera+ 2 for iPad lets you leverage that advanced sensor with more shooting controls and a built-in photo management system that helps you decide what to save to your Camera Roll. The latest update includes a major refresh of the look and feel of the app, but also brings the iPad app more in line with the iPhone version thanks to its ‘The Lab’ photo editing features.

iPad Pro users can also benefit from precision photo editing when using Camera+ 2 with the Apple Pencil. And Camera+ 2 on iOS 9 or later supports multitasking so you can take advantage of the extra screen space on iPads.

Check out the full release notes below:

Camera+ for iPad 2 is finally here! Get ready for this big update with an all-new, slick, modern user interface.

Version 2 sports the world class, professional photo editing that you users of Camera+ for iPhone have been enjoying via The Lab. But the iPad version takes photo editing to a new level by supporting selective brushing of the various edits and filters. And those of you who own an Apple Pencil will appreciate it even more because we’ve also added Pencil support, enabling you to get very fine, precise control over brushing with it.

Here’s the extensive list of powerful tools available to you in The Lab:

The update is free to existing Camera+ iPad customers. Camera+ 2 for iPad is available for $4.99 on the App Store.