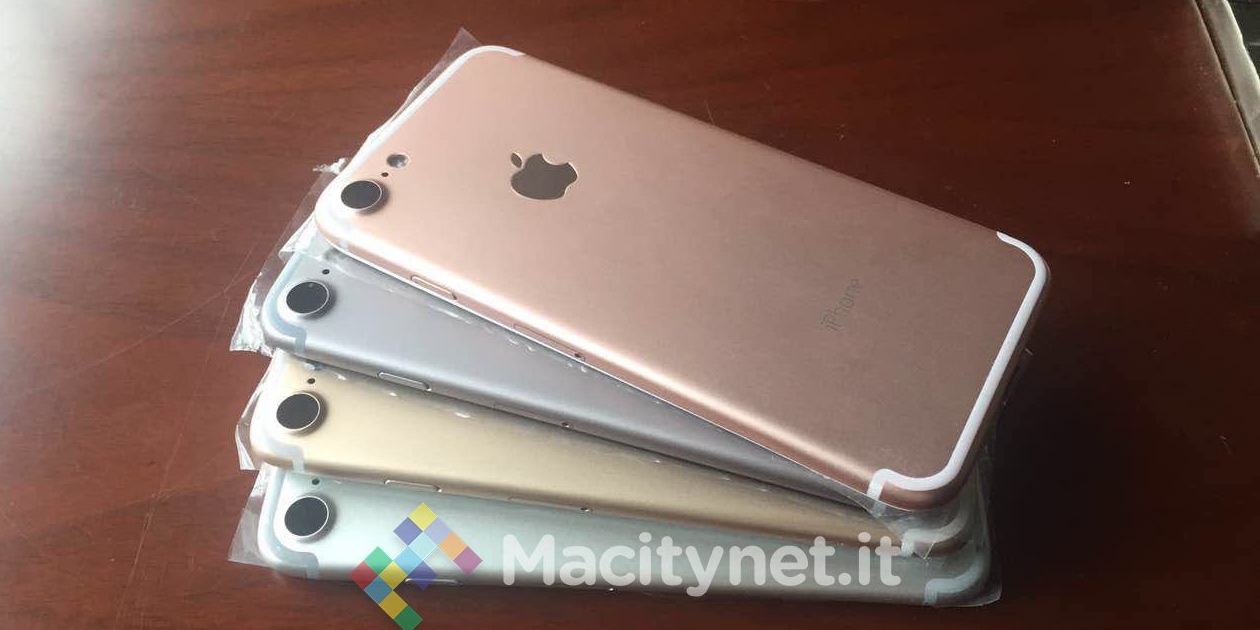 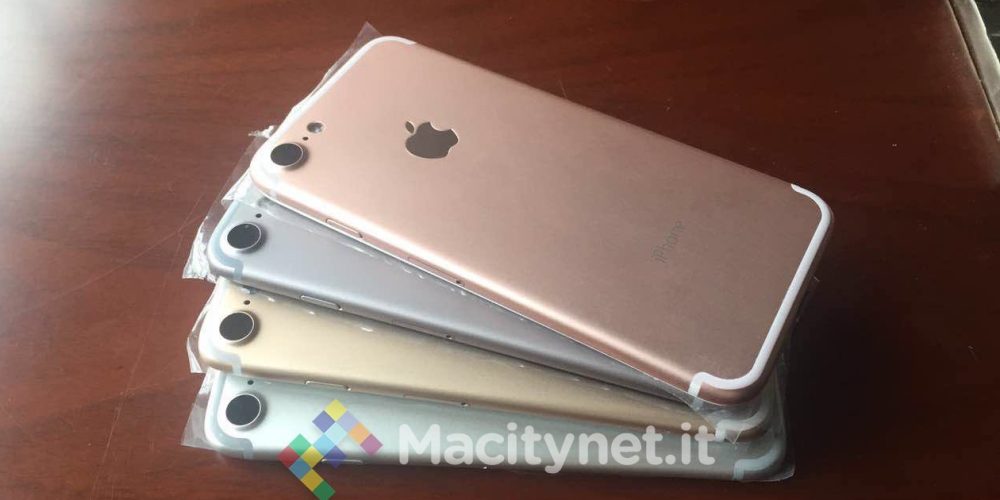 We have a pretty clear idea about what to expect for the iPhone 7 at this point. One rumor that has been floated a few times is the addition of a fifth color, matching the dark Space Black appearance of Apple Watch. There doesn’t seem to be a consensus yet on whether this new color will come to fruition.

However, a new image from MacityNet sadly refutes this possibility, suggesting that the iPhone 7 will ship in the same four colors as the iPhone 6s: silver, space gray, silver, gold and rose gold. The dummy unit also shows off a previously-unseen new design for the camera bulge …

At first, there were whispers of a new ‘deep blue’ color for the iPhone 7. This rumor was later refined to mean ‘deepest blue’ as in almost-black, harkening back to the iPhone 5 Slate color. Apple currently offers Apple Watch in a jet-black finish — branded as ‘Space Black’. The image from MacityNet does not support the rumors of a new color, with all four looking identical to the existing styles.

The accompanying article also rejects the existence of a new color. As always, treat such sources with considerable skepticism. It would make some sense for Apple to add a new color in a year with minor design revisions to differentiate the iPhone 7 and spur some additional sales from customers wanting a new look. No report has made a convincing argument either way on the addition of a new case color option.

Update: A couple more photos of the iPhone 7 colors, via NowhereElse.fr.

Aside from the color choices, it’s worth noting the way the camera component extrudes from the main metal body. This is a departure from the protruding metal ring appearance of the iPhone 6 and iPhone 6s. Previous case leaks have not included this detail of the design.

As shown in the photo, it seems the iPhone 7 casing will adorn an integrated, smooth, curvature to contain the camera hardware. The new design better connects the camera to the rest of the phone, rather than a separate camera component being attached on top of a flat piece of aluminum. Readers wanting Apple to remove the bulge entirely will be disappointed but at least the camera bump looks more aesthetically appealing.

Corroborating other leaks, the camera hole itself will also get significantly larger (around 25% bigger in diameter) which indicates significant upgrades in image quality as the sensor will be able to take in more light, even if the megapixel count remains constant.

The alignment of the camera component in respect to the case has also been tweaked such that is equidistant from the top and left sides for symmetry. The advanced dual-camera system is reserved for the larger iPhone 7 Plus units only.

The tweaked antenna design is also visible here in this latest image, once again indicating that Apple will remove the lines that run across the back of the device. Only the antenna lines that trace the edge of the device at the top and bottom remain, creating a sleeker overall appearance.

Apple is expected to announce the new iPhone 7 lineup at a media event in two months time around early September, following usual patterns. The pricing for the flagship iPhones is not expected to change but the storage options will likely be increased, starting at 32 GB base.