Razer creates a mechanical keyboard case for the 12.9″ iPad Pro 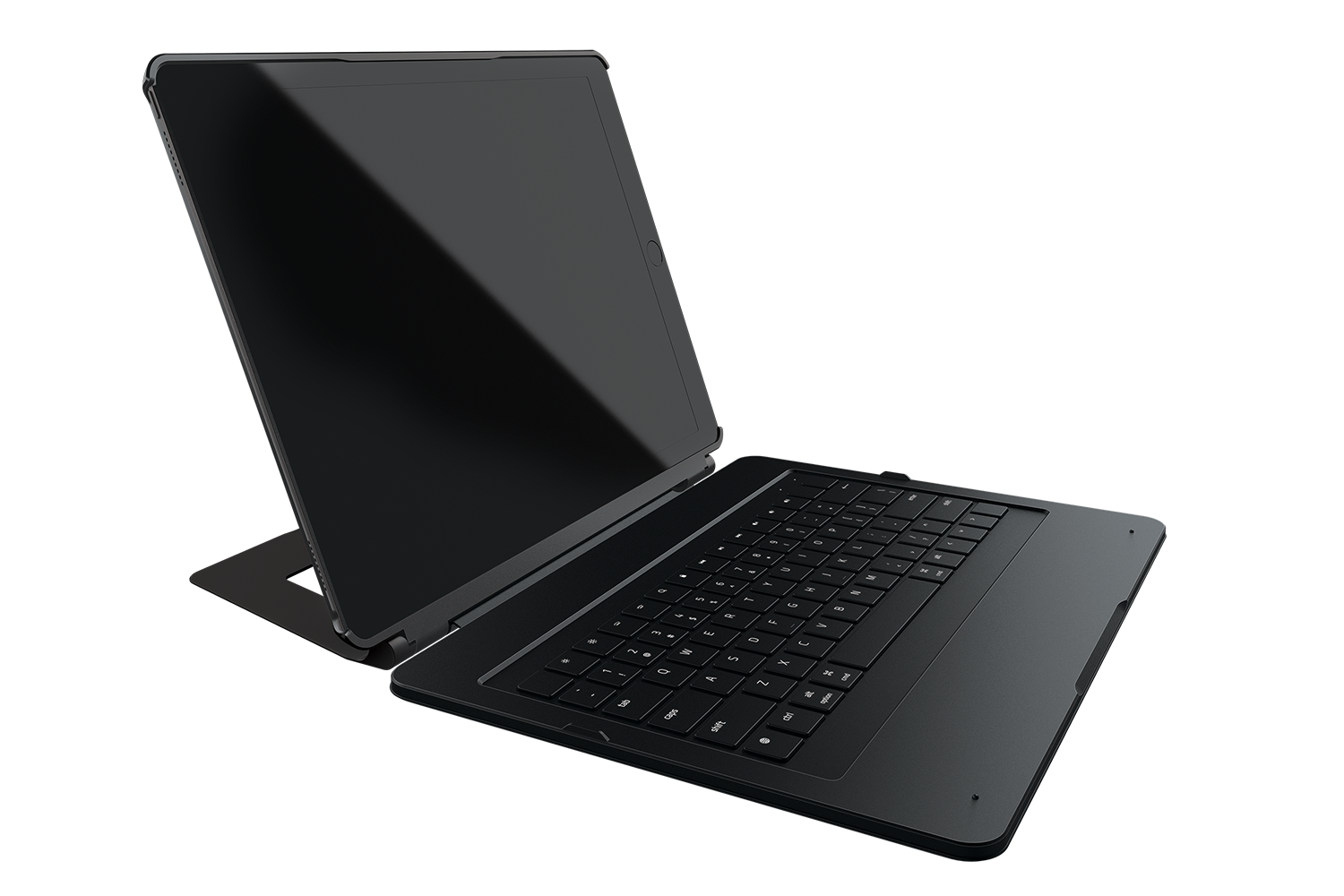 Razer has been working hard on creating the world’s first ultra-low-profile mechanical keyboard switch, and the first product that benefits from its existence is, of all things, a keyboard case for the 12.9″ iPad Pro. Razer’s Mechanical Keyboard Case for the iPad Pro launches today and is available right now for $169.99.

You’re probably thinking what most people are thinking: How in the world do you include a mechanical keyboard in an iPad Pro keyboard case with chiclet-styled keys? Mechanical keyboards, by nature, have much longer key travel distances, and as such, require a thickness level that seems to go against the very premise of a thin and light keyboard cover.

The answer, of course, rests with the R&D that led to the creation of a new ultra-low-profile mechanical keyboard switch. The switch, which will adorn other Razer-branded products in the future, features true actuation and reset points, characteristics that make a mechanical keyboard so pleasing to type on. Each key press requires 70 grams of force, which helps mimic the feel of full-sized mechanical offerings.

Razer’s Mechanical Keyboard Case for the iPad Pro is a full on case, so it’s detachable polycarbonate protective shell will protect the rear of the iPad Pro as well. It also features backlit keys with a whopping 20 brightness levels for typing in dark environments.

Instead of opting to piggyback on Apple’s Smart Connector, Razer’s Keyboard Case uses Bluetooth connectivity. Users can expect up to 600 hours via a single charge without using the backlit keys, and up to 10 hours when using the keyboard with the backlight illuminated at maximum brightness. 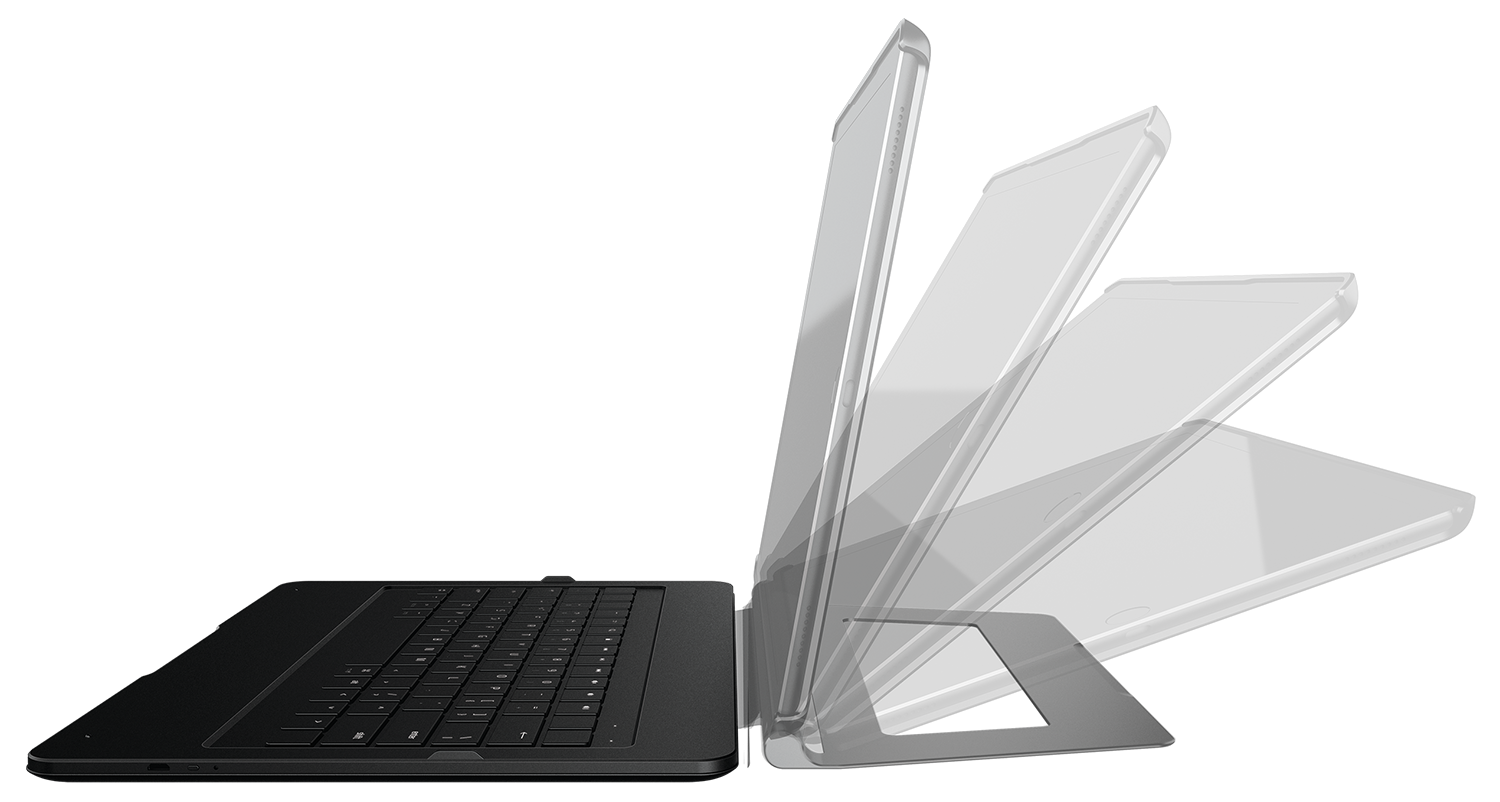 Although Razer doesn’t mention how its case will charge, we’re assuming that it will use micro USB, since that’s what seems to appear on the side of the press photo above. For Smart Connector fans, it might be a bit disappointing that the case uses Bluetooth and charges via micro USB, but when you consider how power hungry the backlight potentially is, it makes sense that Razer would opt to go this route.

Viewing angles are one of the most challenging areas for keyboard cases to get right, and Razer seems to be aware of this. Its case includes a metal kickstand that can be adjusted to a varying degree of angles to meet the needs of its users.

Granted, all of this sounds wonderful on paper, but if there’s one thing that simply must be experienced to know whether it lives up to expectations, it’s a keyboard. I’m also wondering how thick the case is when wrapped around the iPad Pro. Razer doesn’t provide specifics in this area, but it’s safe to assume that it will add some considerable heft. 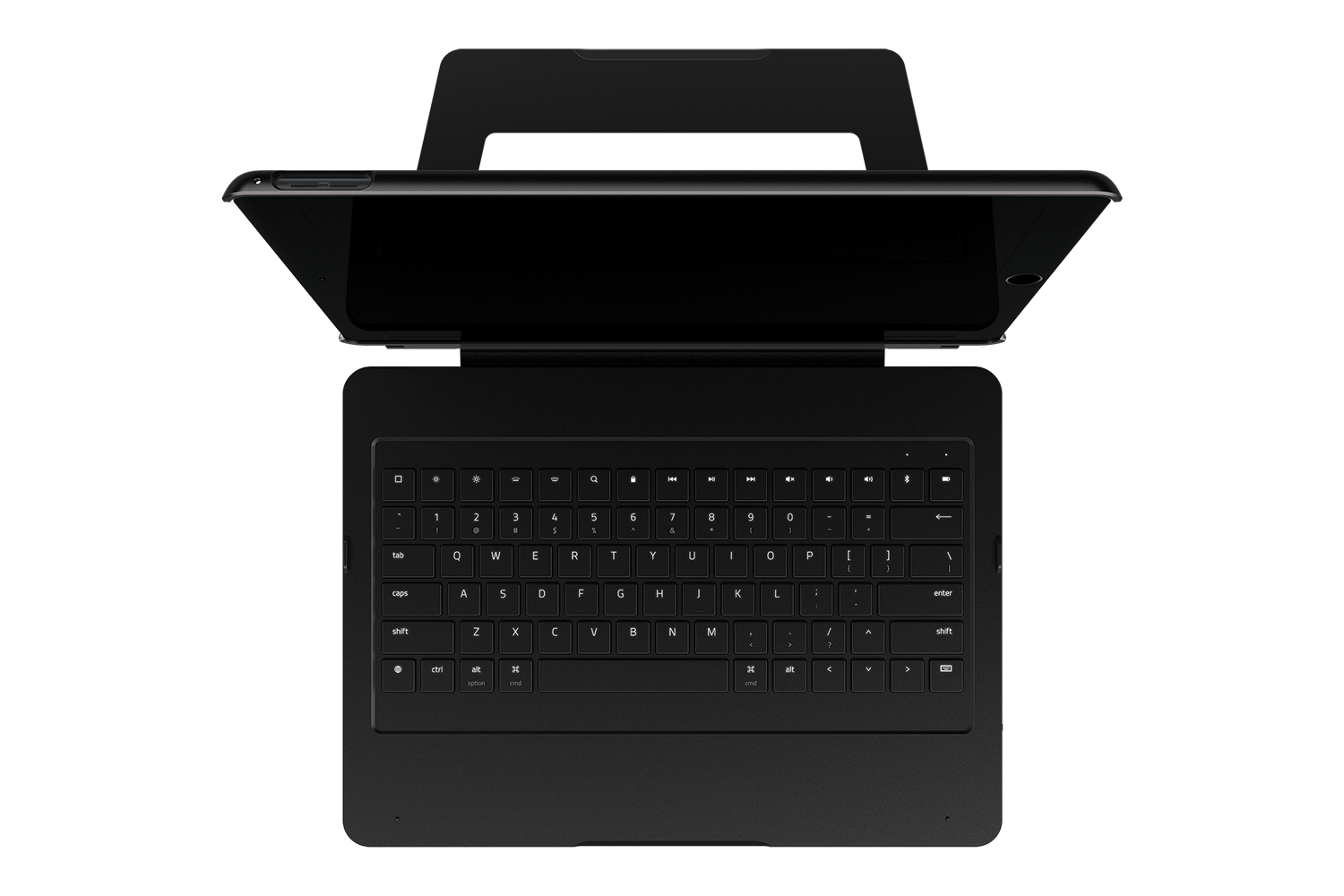 I’ve been a big fan of Razer for quite some time, and I like what they’re doing in both the peripheral and PC space. It’s one of the more exciting companies in the industry right now, and I’m looking forward to going hands-on with this keyboard case in the near future. If it does well for the 12.9″ iPad Pro, then the likelihood of a similar product created for the smaller 9.7″ version increases. What do you think? Do you like the idea of typing on an iPad using a mechanical keyboard?