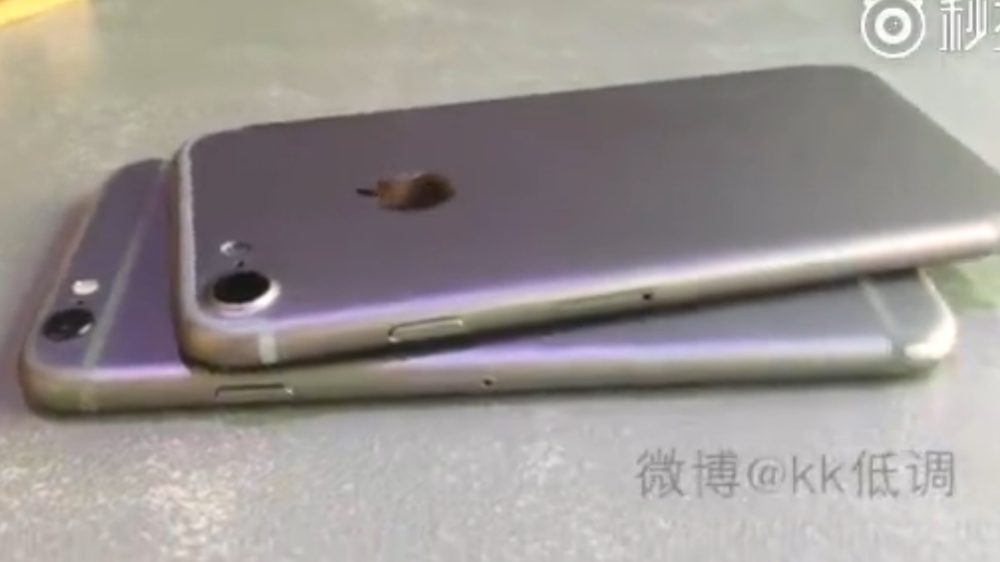 As we get closer to the expected launch, sometime in early September, the leaks for the iPhone 7 just keep coming. Following a brief clip last week, a poster on Weibo has uploaded an extended video of a purported iPhone 7 unit — we’ve embedded it after the jump.

The video shows an iPhone 7 casing (4.7 inch model) that corroborates previous rumors: new larger camera, redesigned antenna lines, missing headphone jack in lieu of an additional speaker grille. The video compares the purported iPhone 7 design to an iPhone 6s, with which it shares many design characteristics …

The iPhone 7 dummy unit is encased in a Space Grey metal that matches the 6s and includes the same camera bulge as a leaked photo released last week. The new camera component is embedded into the metal body with a curved, smooth, edge. It is also positioned closer to the corner of the device, unlike the existing iPhone 6s where the camera is offset horizontally. The size of the camera hole is also about 25% larger, suggesting that significant upgrades to camera quality are in the cards.

The larger 5.5 inch iPhone 7 model, not pictured in the video, is expected to feature a dual-camera featuring two 12-megapixel sensors. The video once again shows the lack of a headphone jack (although a mute switch is present), instead replaced by an additional speaker grille which Apple may market as ‘stereo’ sound.

The new antenna lines can also been seen in the video which are sleeker than the current design. Rather than stretching across the back of the phone horizontally, the new antenna lines only trace the top and bottom edges leaving the metal back itself unadorned, aside from the Apple logo and camera.

In terms of dimensions, the iPhone 6s and iPhone 7 appear identical with negligible changes to height, width and thickness. The removal of components like the headphone jack will also enable Apple to make the iPhone 7 fully waterproof and dust-proof, according to some rumors.

Naturally, what these leaks don’t show is the internal upgrades. It is logical to expect the iPhone 7 to include a new generation of Apple’s processor, dubbed the A10, for improved graphics and compute performance.

There have also been rumors of an increase in RAM from 2 GB to 3 GB and many sources agree that Apple will finally ditch the 16 GB base storage. Apple’s iPhone 7 lineup will instead start at 32 GB with a 256 GB high-end option.

The Weibo poster also uploaded a handful of photos, comparing the iPhone 6s to the iPhone 7: