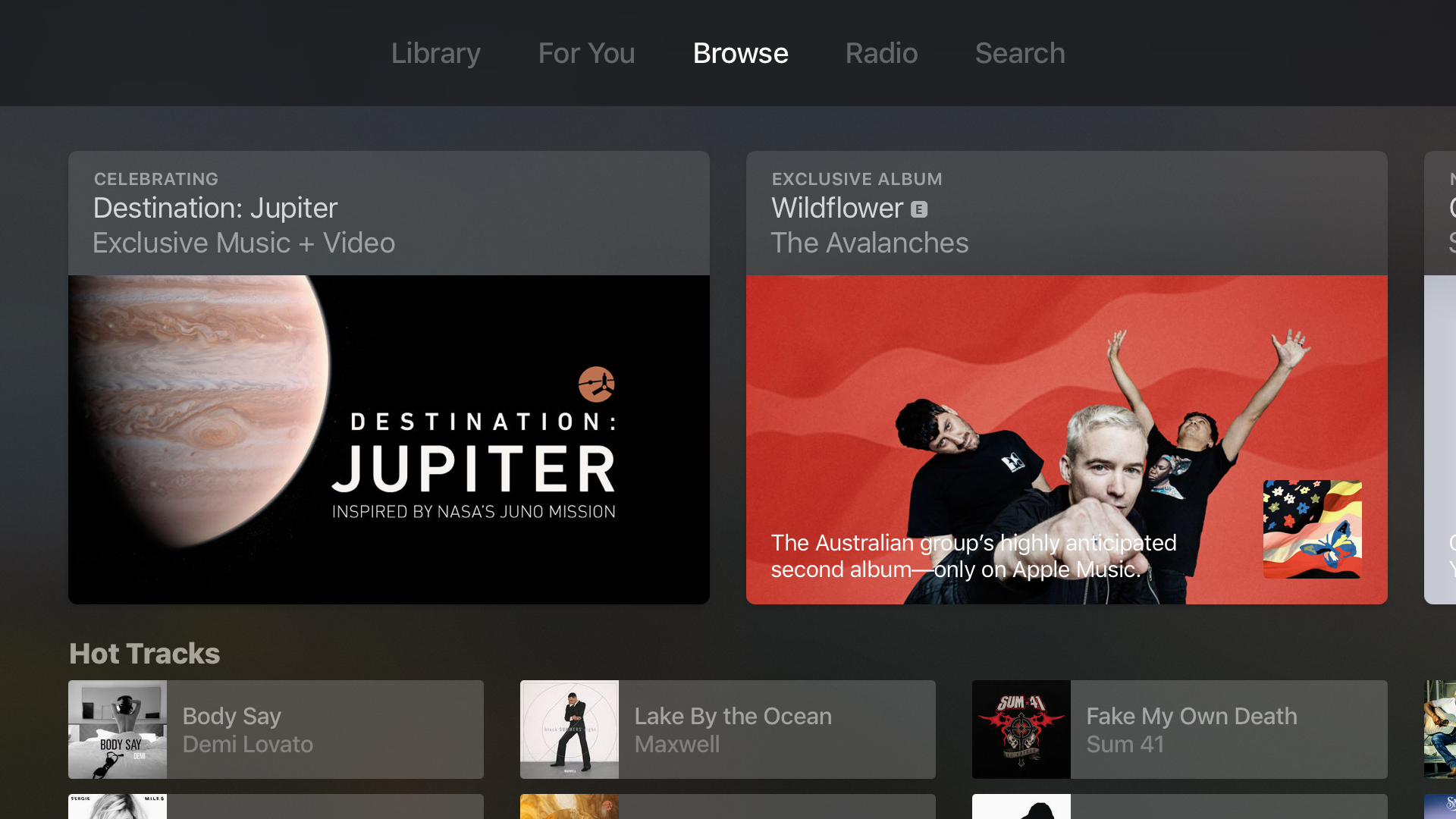 Apple has just started seeding out the third beta for tvOS 10 today to all current testers and developers. To update, check through the Software Update section on the Apple TV, or grab the Configuration Profile from Apple’s Developer center if you’d like to install it for the first time.

tvOS 10 introduces Dark Mode, Single Sign-on, HomeKit, and YouTube search to the latest Apple TV. tvOS 10 beta 2 brought in an entirely new UI for Apple Music with a Library view inspired by the iPod Classic’s UI. tvOS 10 looks to be focused primarily on small changes to improve the whole system, where as iOS 10 and watchOS 3 have gone through some radical changes themselves.

For screenshots of tvOS 10 beta 2’s new Music UI, check back on our previous article. To see our breakdown of tvOS 10’s changes, take a look at some of our recent articles:

Our latest coverage of tvOS 10 can be found in its guide.

Developers wanting to install tvOS 10 for the first time onto their devices can take a look at Apple’s developer center to grab either the Configuration Profile, or restore image to be installed via iTunes. Developers already on tvOS 10 beta 1 or beta 2 can check through their device’s Software Update section to grab the latest release.

Once updated, the latest release notes for tvOS 10 beta 3 will be found here.

Any discovered changes we find will be added here. If you find anything new, feel free to send it to via Twitter @9to5mac or to me personally @gregbarbosa. Our email is also open to any tips.

From the tvOS 10 beta 3 release notes:

Fixed in this beta

For games that use the GCEventViewController, the game controller’s controllerPausedHandler will no longer be called when the Menu button is pressed, if controllerUserInteractionEnabled is true. This restores behavior established in tvOS 9.2.

• Songs played on Beats 1 can now be added to existing playlists.

Siri Sports queries in the Norwegian, Dutch, and Swedish languages are now supported.

SKEmitterNode focus issues have been resolved.

Apple’s new TV Remote app also saw a beta update today. The TV Remote app introduces some features in iOS in controlling and using your Apple TV including Siri search, dictation, and a gaming specific controller layout. Our initial hands-on is available to read here. The latest update can be downloaded from the Apple Developer center, and the release notes can be read here.