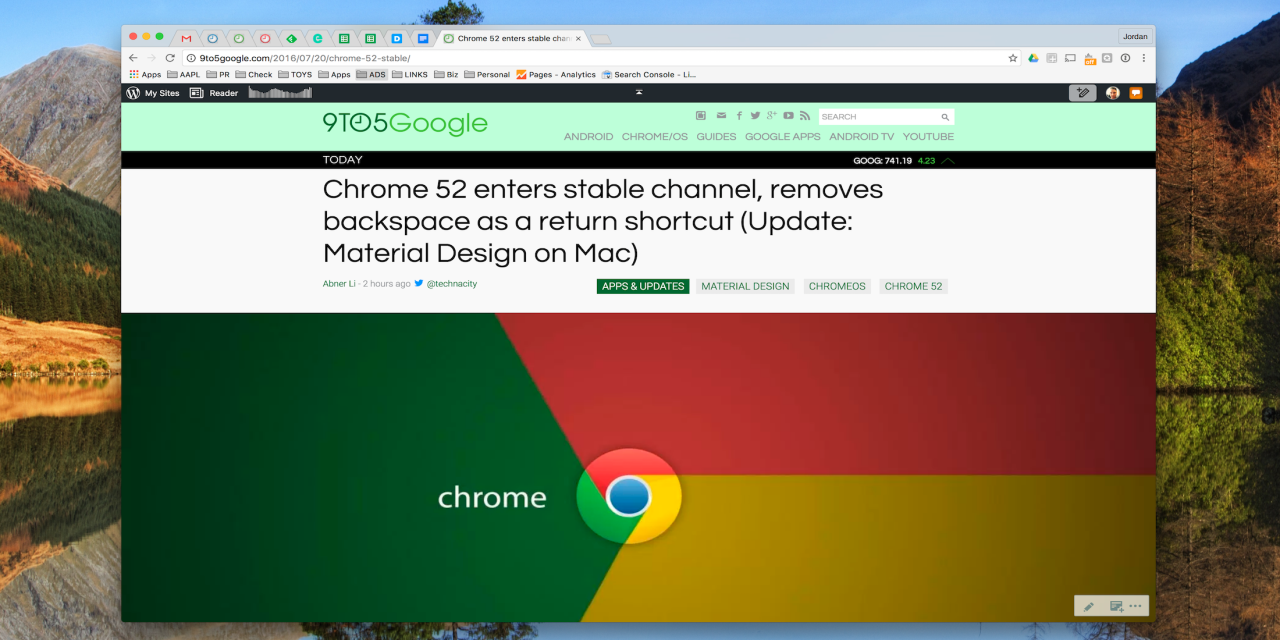 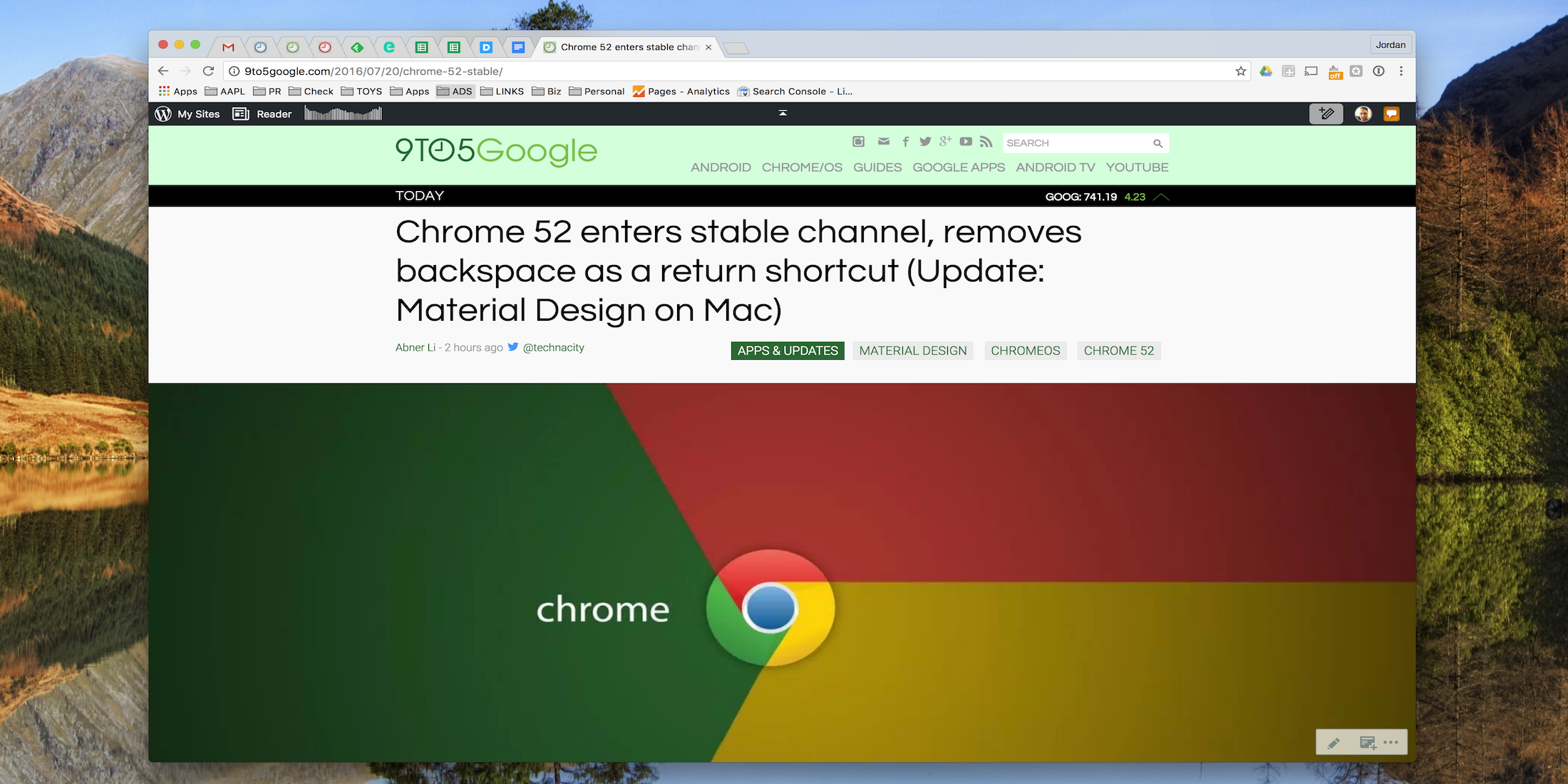 Version 52 of Google Chrome is now rolling out to all users via Google’s stable channel with the usual bug fixes and security patches. For Mac, the update notably adds Material Design to the browser’s top bar and other UI elements. Other changes include removing the ability to use the backspace key as a return shortcut.

The Material redesign of Chrome was announced earlier this year and unifies the browser’s look with the rest of Google’s Android and iOS apps. It was first released to Chrome OS in April, but users on other platforms were able to try an experimental version by enabling certain flags.

Besides a new flatter, sharper, and transparent design, Material is also a “huge engineering feat”, especially for Chrome OS and Windows. Chrome is “now rendered fully programmatically including iconography, effectively removing the ~1200 png assets we were maintaining before,” Google noted. “It also allows us to deliver a better rendering for a wide range of PPI configuration.”

Other Material changes include new icons, tab shapes, and omnibox design to match mobile Chrome. There is also a new dark theme for Incognito tabs. For those who think the new design is too dense, there is an option in chrome://flags to enable the Material Hybrid. Additionally, those who prefer the old look can go back to the non-Material look with the same flags drop down menu.

Chrome 52 also gets rid of the ability to use backspace as a return key, citing users frequently loosing their data in forms. Google is working on an extension to return the functionality, but in the meantime recommends using the system level return key command.

The update can be triggered manually by going to Settings > About Chrome and checking for updates.