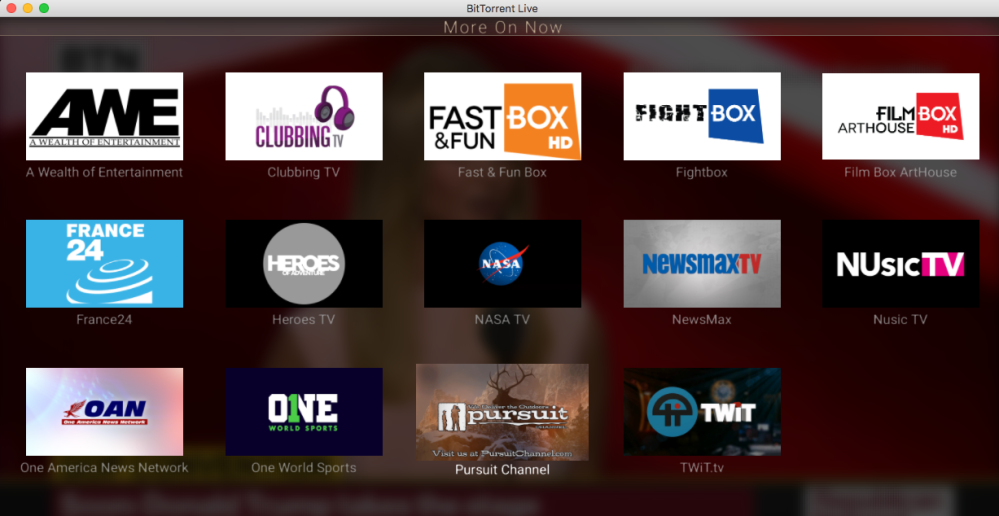 Just a week after officially launching BitTorrent Now on iOS and Apple TV, BitTorrent today has released a beta version of its BitTorrent Live app for Mac users. For those unfamiliar, BitTorrent Live is the company’s proprietary streaming technology that it launched earlier this year after years of development.

Specifically, BitTorrent says it released the beta version for Mac today so that users can watch live coverage of the ongoing Republican National Convention. Seeing that it’s almost wrapped, however, the platform should also be useful for the Democratic National Convention, which takes place next week.

Unlike BitTorrent Now, which doesn’t use any peer-to-peer technology at the moment, BitTorrent Live takes full advantage of it. BitTorrent says that Live turns “every viewer into a broadcaster.” Ultimately, the company hopes that the technology will solve the problem of lag on live broadcasts, while also reducing the need for an expensive content delivery system for networks and streaming websites alike.

Seeing that the app is in beta, there are some bugs, specifically when it comes to the interface, but streaming works very smoothly and has been lag and buffer free in my testing thus far. It’s a really interesting concept by BitTorrent to take the technology that has so long be associated with the pirating of content and apply it to an industry where it could really make a difference. In reducing lag and the need for massive CDNs, BitTorrent Live could help ease the transition from standard cable service to streaming.

BitTorrent Live for Mac is available now for free. If you download it, let us know what you think and how it works for you. The app is also available for Apple TV.