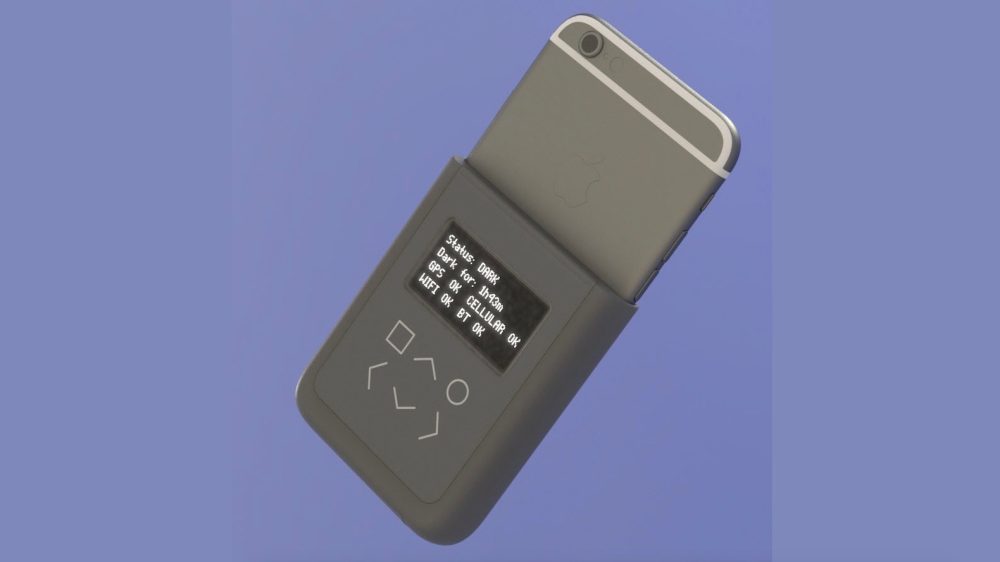 We know Facebook’s Mark Zuckerberg relies on good old-fashioned tape to disable his MacBook’s mic and camera, and NSA whistleblower Edward Snowden is working on something a little more sophisticated to stop your iPhone from snooping. It’s a protective case not aimed at preventing damage from drops and tumbles but instead spying and snooping…

Snowden, who has been living in asylum in Russia since leaking NSA documents three years ago, has been working with Andrew “Bunnie” Huang, a known hardware hacker, on developing an iPhone case that signals when unwanted parties may be tapping into your iPhone.

The iPhone attachment holds your SIM card while the case taps into the iPhone’s standard SIM card port. According to Wired’s write-up, Snowden’s accessory is more reliable than simply using Airplane Mode which is supposed to disable the iPhone’s radios:

They say it’s an infinitely more trustworthy method of knowing your phone’s radios are off than “airplane mode,” which people have shown can be hacked and spoofed. Snowden and Huang are hoping to offer strong privacy guarantees to smartphone owners who need to shield their phones from government-funded adversaries with advanced hacking and surveillance capabilities—particularly reporters trying to carry their devices into hostile foreign countries without constantly revealing their locations.

Snowden presented the prototype and concept to the MIT Media Lab today over a video stream. Wired describes how the attachment would work:

Their add-on would appear to be little more than an external battery case with a small mono-color screen. But it would function as a kind of miniature, form-fitting oscilloscope: Tiny probe wires from that external device would snake into the iPhone’s innards through its SIM-card slot to attach to test points on the phone’s circuit board. (The SIM card itself would be moved to the case to offer that entry point.) Those wires would read the electrical signals to the two antennas in the phone that are used by its radios, including GPS, Bluetooth, Wi-Fi and cellular modem.

The accessory could even be used as a kill-switch if an iPhone is being accessed without authorization, and the two say it’s safer than even powering off your iPhone as malware can apparently spoof that process and trick a user into thinking the iPhone is powered off when it’s not.

Snowden doesn’t appear to be entering the iPhone accessory market anytime soon however. The iPhone privacy case is currently in prototype form with the current goal being a usable version over the next year. The duo aims to offer the privacy accessory to journalists and newsrooms when it’s complete. You can read the technical details of the iPhone radio blocker here.