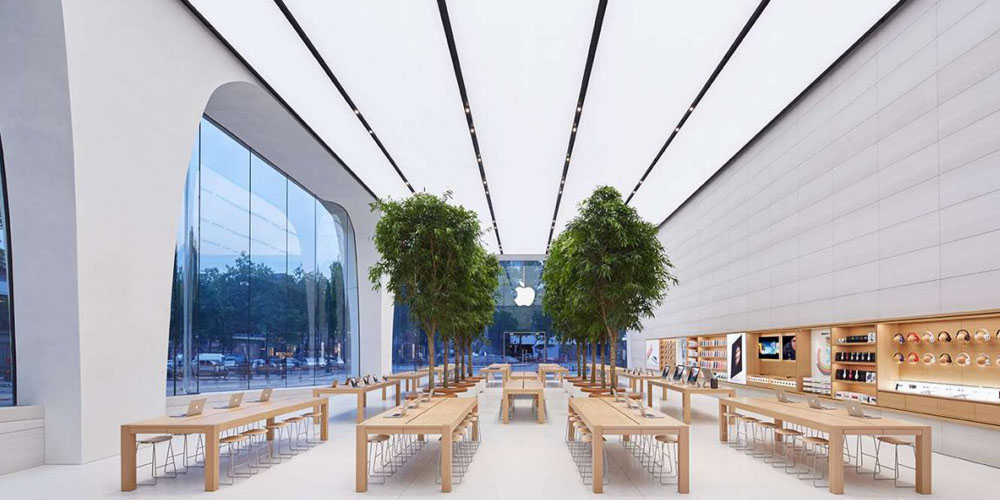 In a report by Bloomberg, Apple is said to be preparing an update to its iOS Apple Store app, where customers can buy Apple’s hardware and accessories online. The new update will feature recommendations for suggested purchases, in a new ‘For You’ tab (mirroring Apple Music).

The privacy implications of the move are unclear; Apple will use a customer’s purchase history to suggest additional relevant products for them to buy, a tactic already heralded by most other online stores like Amazon. For example, if a user buys a set of Philips Hue lightbulbs, the app may also suggest adding other smart lighting HomeKit products to their cart, from the same range as well as other brands like the Lutron light systems, for instance.

According to the Bloomberg report, the new recommendations will be part of a wider update to the Apple Store app. Right now, the design of the Apple Store app for iPhone and iPad is quite distinct with the iPad app favouring interactive photo galleries for presentation. It sounds like the two interfaces will become more unified with this forthcoming update.

The updated retail app could be rolled out in the next two weeks, according to people familiar with the intended revamp. It’s likely to include a “For You” tab that suggests products based on prior orders, said the people, who asked not to be identified because the project isn’t yet public. While there are currently separate Apple Store apps for the iPhone and iPad, the new app will work on both devices and have the same basic features and interface. An Apple spokesman declined to comment.

‘For You’ product recommendations will rollout ahead of Apple’s new hardware announcements in the fall and may help the company drive some additional revenue through its system. Suggesting more iPhone accessories to known iPhone owners has to have some positive impact on sales conversions.

Right now the iPad and iPhone Apple Retail apps are separate (albeit a universal binary), but this new version will be one responsive design

As Apple is currently in the middle of a sales slump, as seen on its earnings call, the new sales opportunities presented by the recommendation feature comes at a critical time for the company’s financial status.

It will be interesting to see how Apple reconciles its stance on consumer privacy with the addition of a recommendations algorithm, which will inevitably need to review some subset of a customer’s sales history to be able to make intelligent choices. Perhaps, Apple will employ differential privacy to protect anonymity as much as possible.

The report only mentions changes to the Apple Store app, it is not clear if the same For You product recommendations will also make their way to the Apple Online Store website. Apple last overhauled its online presence about a year ago by combining the store with the product pages.