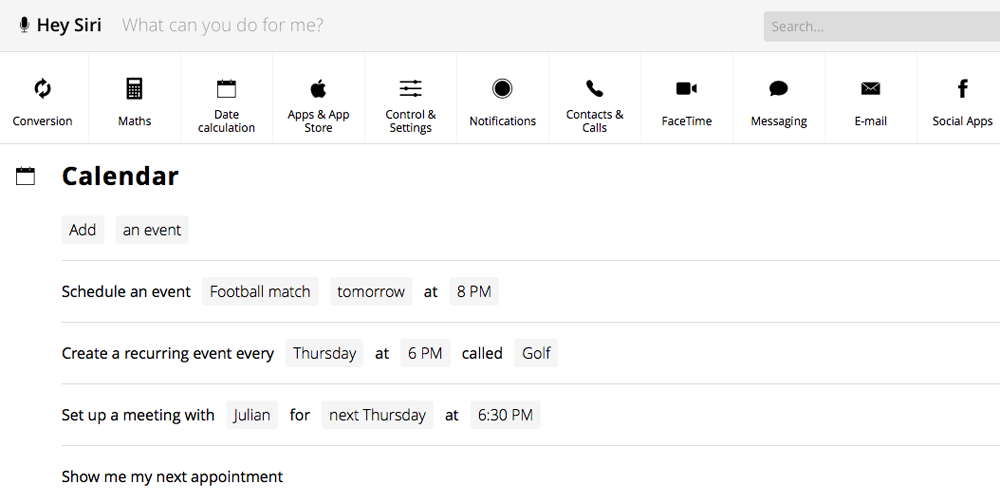 Siri now has so many capabilities that it’s hard to keep track of all the things it can do. You can ask Siri itself, of course, and it will show you a bunch of examples – but those are just a sampling. A new website is aiming to provide a comprehensive list of all the questions and commands Siri can process …

You can choose whether to see commands for iOS or macOS (beta), and also select either English or German.

Apple is always adding new capabilities to Siri, so any site like this will always be a work in progress, but even for someone like me – who defaults to using Siri when doing things on my iPhone – there were quite a few things I didn’t know it could do.

Siri support on the Mac is of course one of the headline features of macOS Sierra. And with a little tweaking, you can even get ‘Hey Siri’ functionality on your Mac. Over on iOS, ‘Hey Siri’ intelligently activates on just one nearby device as of iOS 10.