New iPhone 7 photos claim to be the real thing; earlier blue ‘mockup’ too [U: Video] 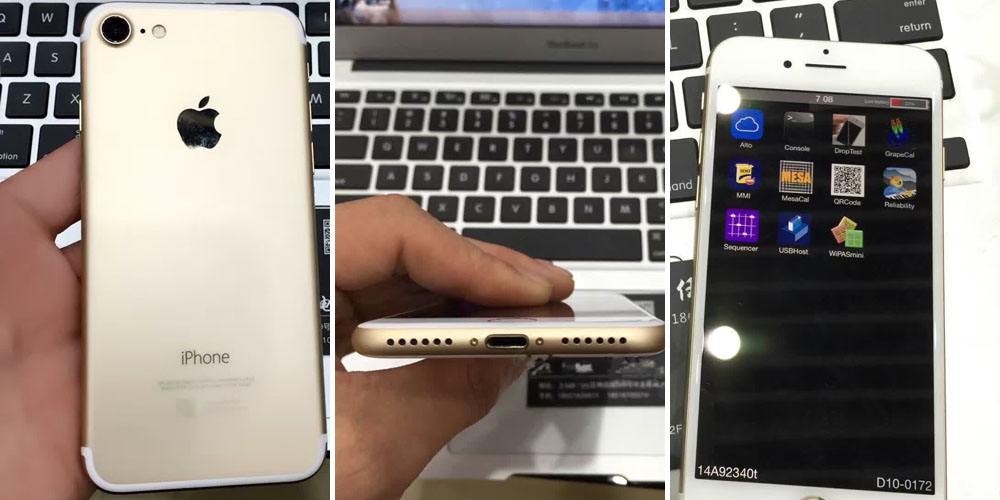 Update: There’s now a video too – see below.

We’ve seen so many convincing-looking Chinese mockups of the iPhone 7 that anything with the appearance of the finished product has to be assumed to be fake unless proved otherwise. That isn’t stopping one Chinese team claiming that what it has photographed is the real thing (larger versions below), reports French site NWE.

To add to the fun, Forbes’ Gordon Kelly is claiming that the blue model Beosound was using to promote its headphones is also real …

Consequently, having done a lot of digging, I’d put a great deal of significance behind this latest leak. The iPhone 7 and iPhone 7 Plus are now at the mass production stage in the run up to their unveiling and release in September (we also know the exact release date) so keeping a lid on a supply chain of this magnitude is virtually impossible.

Lewis Hilsenteger, the man behind the Unbox Therapy YouTube channel where the video was posted, gives mixed messages, describing it in the video title as a ‘prototype’ but in the description as a ‘mockup.’ Personally, my view is that it would be surprising at this stage to have heard only slim and contradictory messages about a blue model if it’s real, but we’ll see.

Either way, the latest photos don’t show us anything we’re not already expecting. The headline features expected right now are neater antenna lines; a dual-camera on the Plus/Pro model; an improved camera on the smaller one; 32/128/256GB storage tiers; a Force Touch Home button; removal of the 3.5mm headphone jack; and a new color which may be blue but is perhaps more likely to be Space Black.

Click on the photos below to view them full-size, watch the video and let us know your views in the comments.